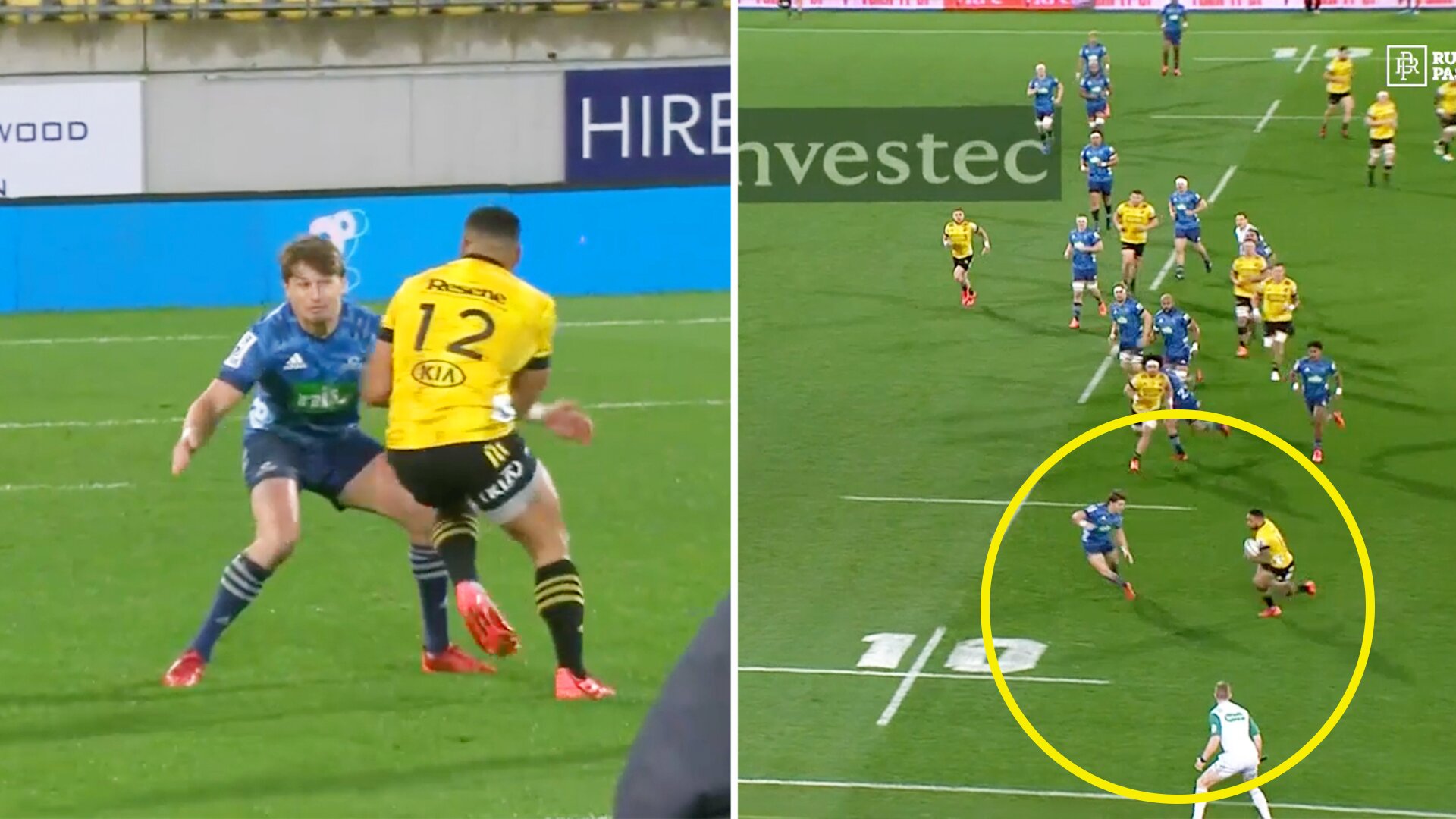 Beauden Barrett has had a mixed day so far in this crunch match in Super Rugby Aotearoa as he came up against All Blacks teammate Ngani Laumape.

The eagerly awaited match between the Hurricanes and the Blues has been much anticipated with Barrett returning to Wellington to play his former team.

This was a pretty brutal first half for the New Zealand fullback.

It didn’t take long for Laumape to assert his dominance in proceedings as he found himself in space out wide early on.

🔥 Laumape with the step and PACE! What a start from @HurricanesRugby.

It was a hostile enviroment enviroment in Wellington as Beauden was booed early on when he got the ball.

It looked like he’d silenced the haters as he cut through with a piercing line to score under the posts but as we can see Laumape wasn’t finished there.

Terrifying bounce off on Barrett pic.twitter.com/lJYFdo2zmj

The slow mo was even more brutal for Beauden Barrett.

The two sides went into the break tied at 15-15 in an entertaining display of running rugby in New Zealand’s popular Super Rugby Aotearoa franchise.

Beauden Barrett made the switch to the Auckland Blues from the Hurricanes last year in what was a high profile move between the Super Rugby sides.

He was soon after joined by All Black legend Dan Carter who also joined the Blues. He’s yet to make his first appearance for the Auckland side after suffering an injury this week.

Jump on the RT button for this one @Hurricanesrugby fans!