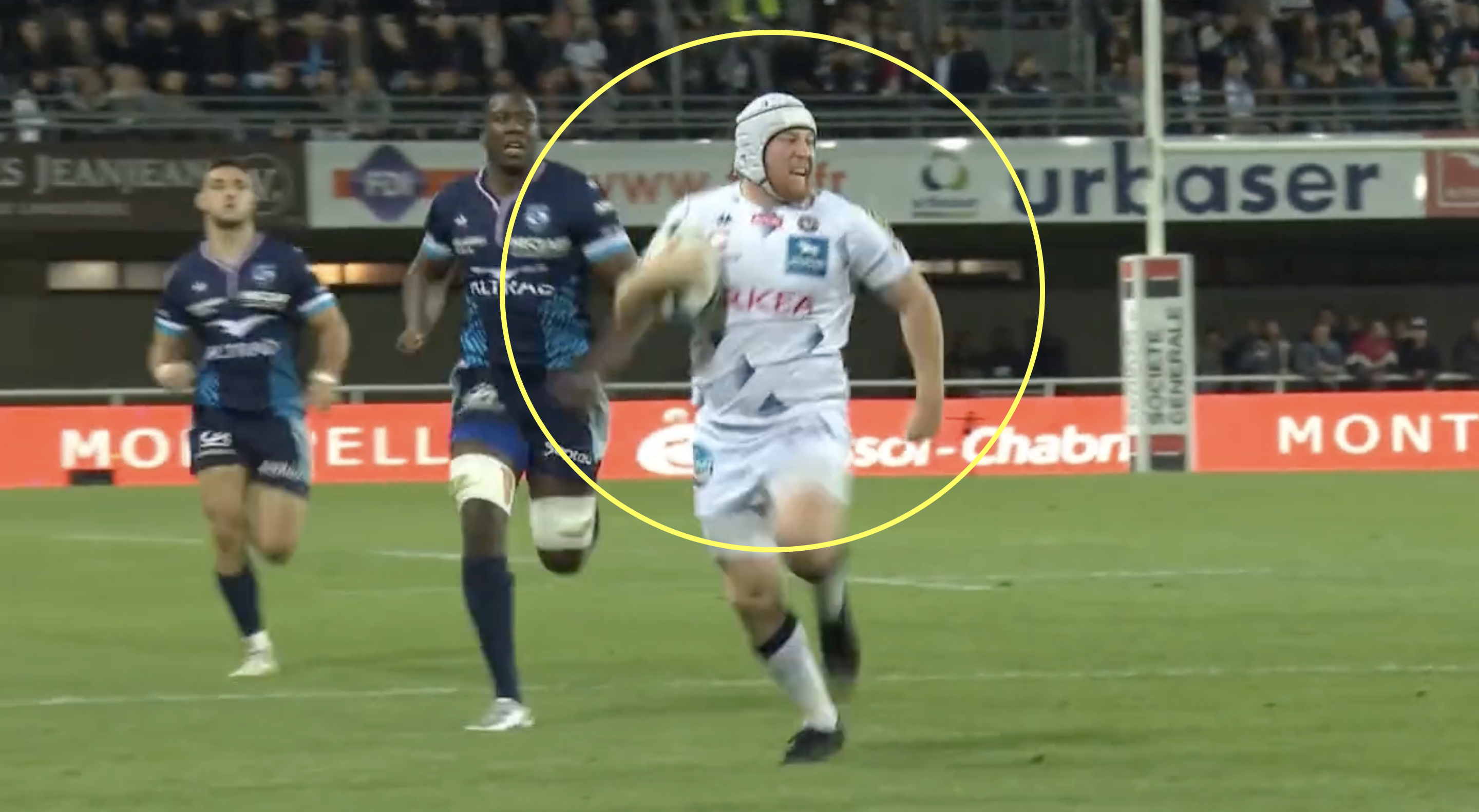 No hooker should ever be allowed to do this

Bordeaux Begles’ Maxime Lamothe will have to watch out from now on, he has a target on his back after showing up almost every hooker in the history of rugby.

His try against Top 14 leaders Montpellier yesterday was something we have never seen before from a player with a No2 on their back, and now his counterparts will want revenge.

It was only a 50 metre run for the 23-year-old in which he stepped Italy fly-half Paolo Garbisi and bulldozed over France fullback Anthony Bouthier as he made his way to the corner. This was after only five minutes of the game as well, so the whole excuse of defences being tired does not even apply. This was just a good old fashioned worldy from the 110kg hooker.

Bordeaux won the game by a solitary point in the end, meaning they sit in second in the Top 14 and trail Montpellier by just two points. No one would have foreseen them achieving that courtesy of the hooker though, let alone with one of the great solo tries of the season.

Lamothe is of course not the only hooker ever that has had a penchant for circuitous runs. The All Blacks seem to have a production line of hookers that can play as backs, although the most famous ever ‘running hooker’ is possibly Schalk Brits. The former Saracens and Springboks No2 would often be found in the back field receiving kicks and launching mesmerising attacks.

Andrew Forde has produced a montage of hookers playing like backs, and there is little doubt that Lamothe will make the sequel if it is ever made. Take a look: