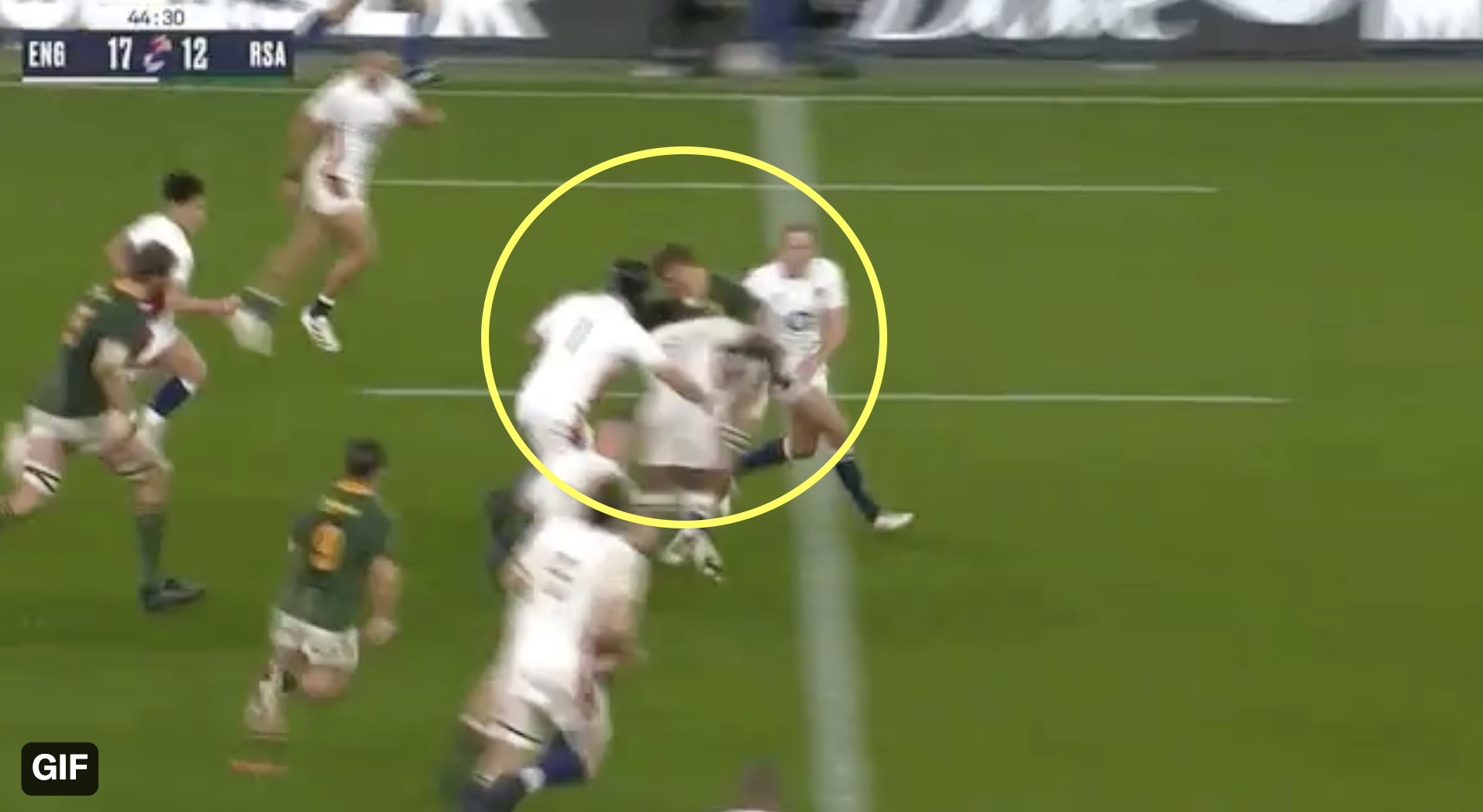 Northampton fire back at Lawes critics after monster hit

Plenty of players stood up for England during the Autumn Nations Series, none more so than Courtney Lawes.

The Northampton Saint started all three Tests at blindside flanker, captaining England for the first time against Tonga, and returned to captain the side in the epic win over South Africa on Saturday.

One moment in particular from the lock-cum-flanker against the Springboks that has been shared frequently online is a tackle he made on Kwagga Smith, where he completely levelled the fellow flanker from the side.

Northampton took the sharing of this video to dispel a long-held view that the 32-year-old only produces massive hits on half-backs. That is of course true, and any highlights reel of his will have plenty of footage of him flying into No10s, but his tackle on the Springbok shows that it does not matter what size the opponent is.

Lawes’s standout moment during the autumn surely came in the first match against Tonga, where he was able to track back and stop Telusa Veainu scoring what looked to be a certain try following an interception. This tackle showed that Lawes has many more strings to his bow in defence than simply massive hits, as this was a monumental effort to track back.

It looks likely that Lawes will keep hold of the No6 shirt for the foreseeable future with England, and has emerged as one of the leading contenders to captain England in the 2022 Six Nations if Owen Farrell is still out after having ankle surgery. Even if the Saracens star returns, Lawes may still be Eddie Jones’ preferred choice to take England forward to the 2023 World Cup.