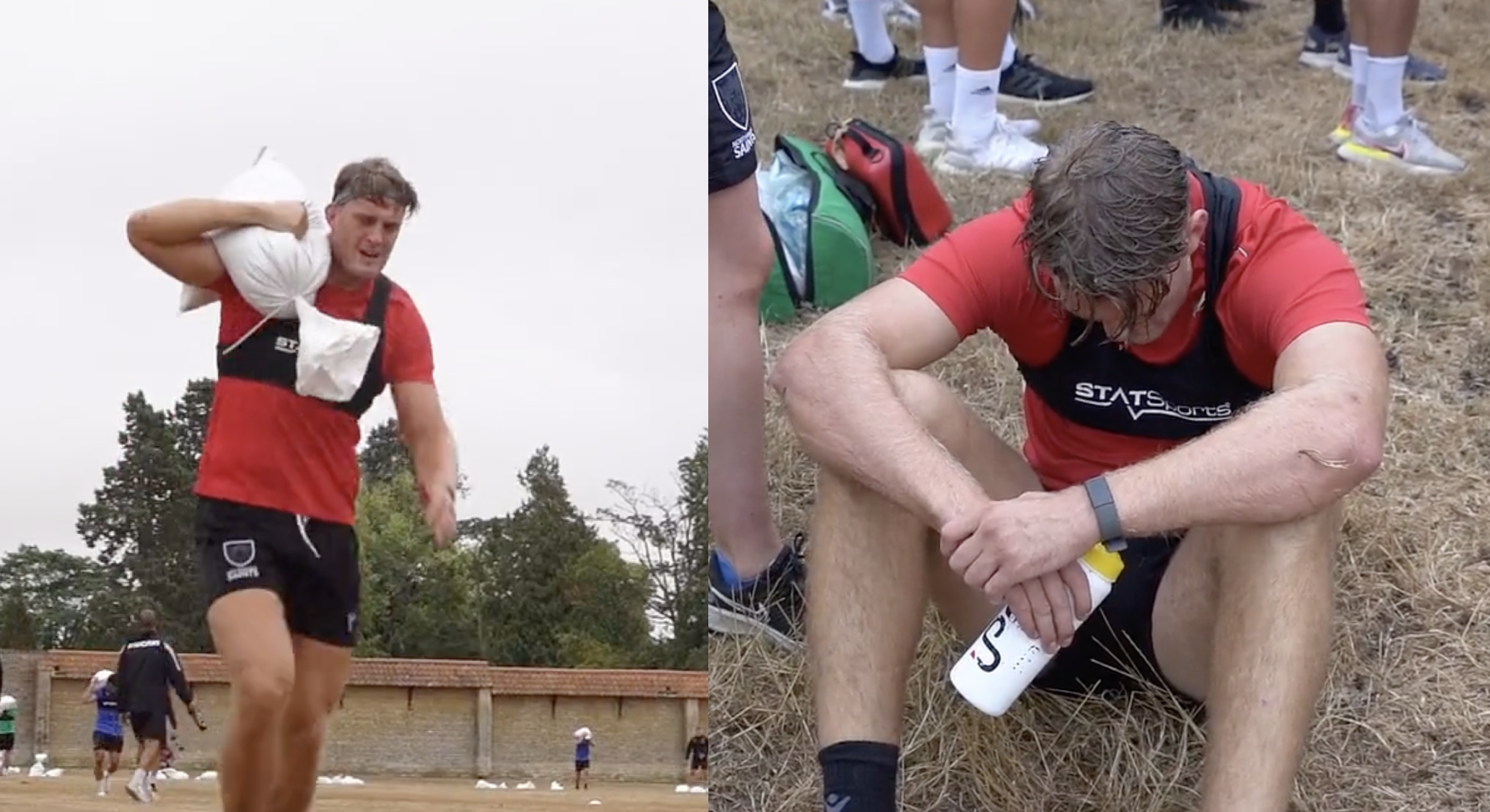 Most players in England will be glad that preseason is over and the new Gallagher Premiership campaign is underway after many weeks of hard graft.

As far as preseason work goes, it does not get much harder than Northampton Saints’ ‘Blakiston Challenge’- a fitness challenge that sees players run 2.5 km, do a 2 km sandbag carry, and finish with another 2.5 km run. The video of the club doing the challenge this year has recently been shared on social media, and it provides the history and reason for the challenge- inspired by former Saints captain Sir Arthur Freddie Blakiston, who won the Military Cross in World War I.

While some might expect a slightly smaller player to win this fitness challenge, it was actually won by all 117 kg and 2.01 m of lock Alex Coles, who was the defended champion as well. The former England under-20 lock clearly put his size and strength to good use during the sandbag carries.

Since 2018, the Blakiston Challenge has become a focal point of preseason at Northampton Saints.

Here, we tell the remarkable story of the Saints War Hero who inspired it and go behind the scenes at Castle Ashby for the 2022 run. pic.twitter.com/NpgV84KGxe

The staff at Northampton said that the challenge is not so much there to test the players’ fitness but their resilience, which the Saints showed in the opening game of the season against Sale Sharks at the AJ Bell to earn a losing bonus point. Coles started in the second row in that match as the visitors fought back from being 29-3 down with 15 minutes remaining to earn what could be a crucial bonus point.

“I feel like we let too much go in the first hour of the game,” said Saints director of rugby Phil Dowson

“We created opportunities to score, but it is frustrating we did not go on to finish off more of them.

“Overall we were not quite as efficient as I know we can be and Sale took advantage of that.

“It was looking ugly for us at 29-3 behind, but to be fair I thought the lads showed plenty of heart and commitment after that.

“There are lots of things we can look back on and work on making improvements, but it is early days and we will get better as the season progresses.”