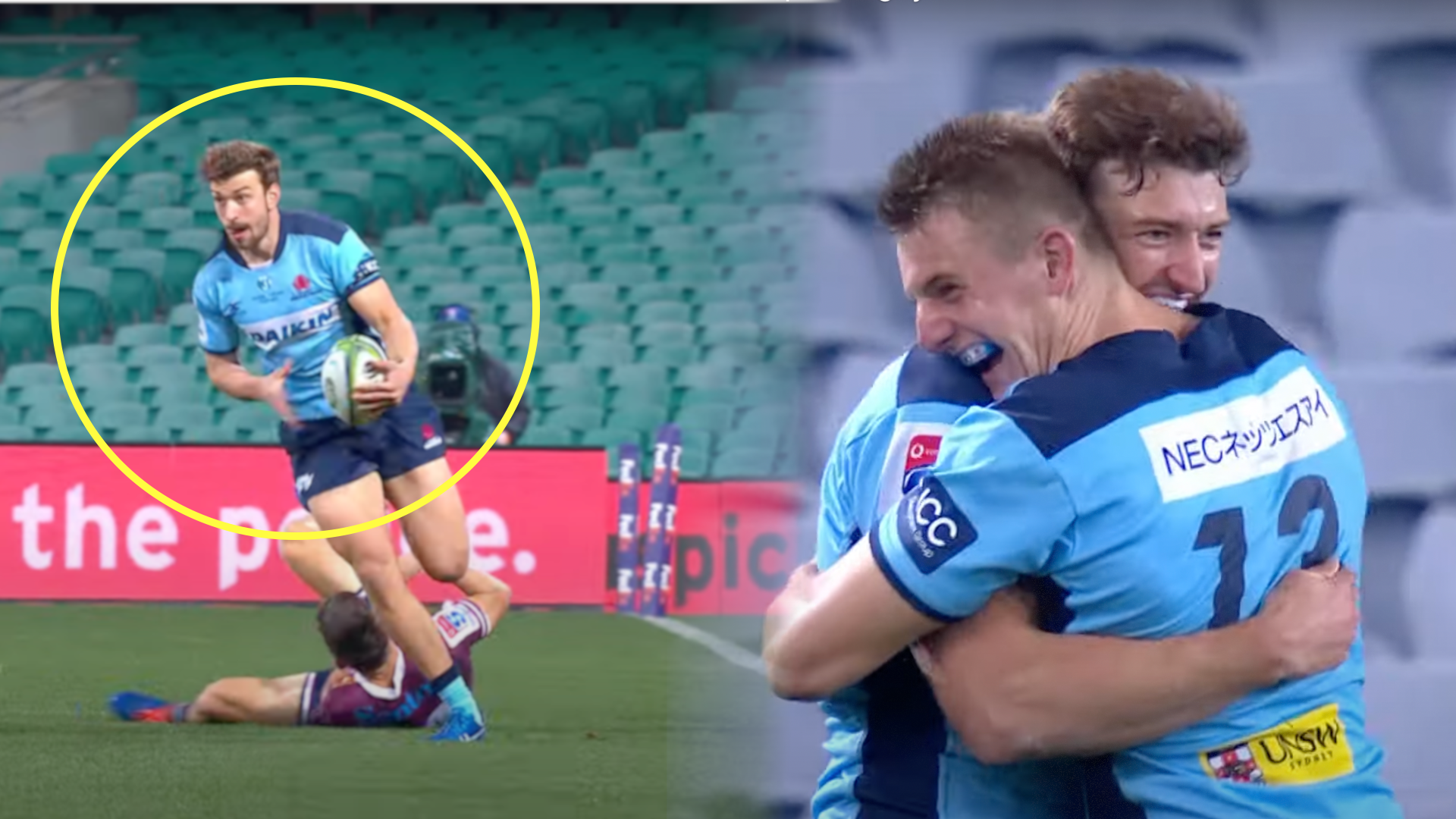 Northampton Saints announced the signing today of NSW Waratahs winger James Ramm ahead of next season, which may be of interest to England supporters as he is English qualified.

The 23-year-old burst onto the scene for the Waratahs two years ago in Super Rugby AU, and despite having a groin injury this season, has been a key figure in their backline.

The 6’3″ winger has been part of Dave Rennie’s training squads, but has not been capped by the Wallabies, meaning his international future is still up in the air.

His highlights online are impressive, particularly a try he created for scrum-half Jake Gordon against the Reds in 2020. He showed here everything a coach would want in a winger, beating his first man on the outside, the next with a chip over, and then producing some silky hands after retrieving the ball. Plays like that are going to make him a very popular figure at Franklin’s Gardens next season.

This is what he said after signing for the Saints: “I’m thrilled to be signing for Northampton Saints and to experience playing some footy in a completely different environment over in England.

“The Premiership is one of the most competitive leagues in the world and I’m looking forward to getting over there to show the Club’s supporters what I can do. The coaches have a really exciting vision for Saints and the brand of rugby the team plays, so I wanted to get involved as soon as I started talking to them.

“There have been a few guys now who have done great things in Black, Green and Gold having moved over to Northampton from Sydney in recent years. I hope I can follow in their footsteps and make a big impact at the Club.”

Incoming director of rugby Phil Dowson said: “James is tall, strong, aggressive and talented under the high ball. He’s obviously an impressive athlete given his top-level gymnastics background, but he’s grown into an excellent rugby player over the last few years.

“He’s English-qualified but was on the fringes of the Australia squad last year, and we spoke to Rob Horne at length about him too – he is a big fan of James so he comes to us highly recommended.

“There’s a huge amount of potential for James to develop further given his age as well, and based on his size and ability to dominate in the air, we’re confident he’ll compliment the group of back-three players we already have at the Club really nicely.”