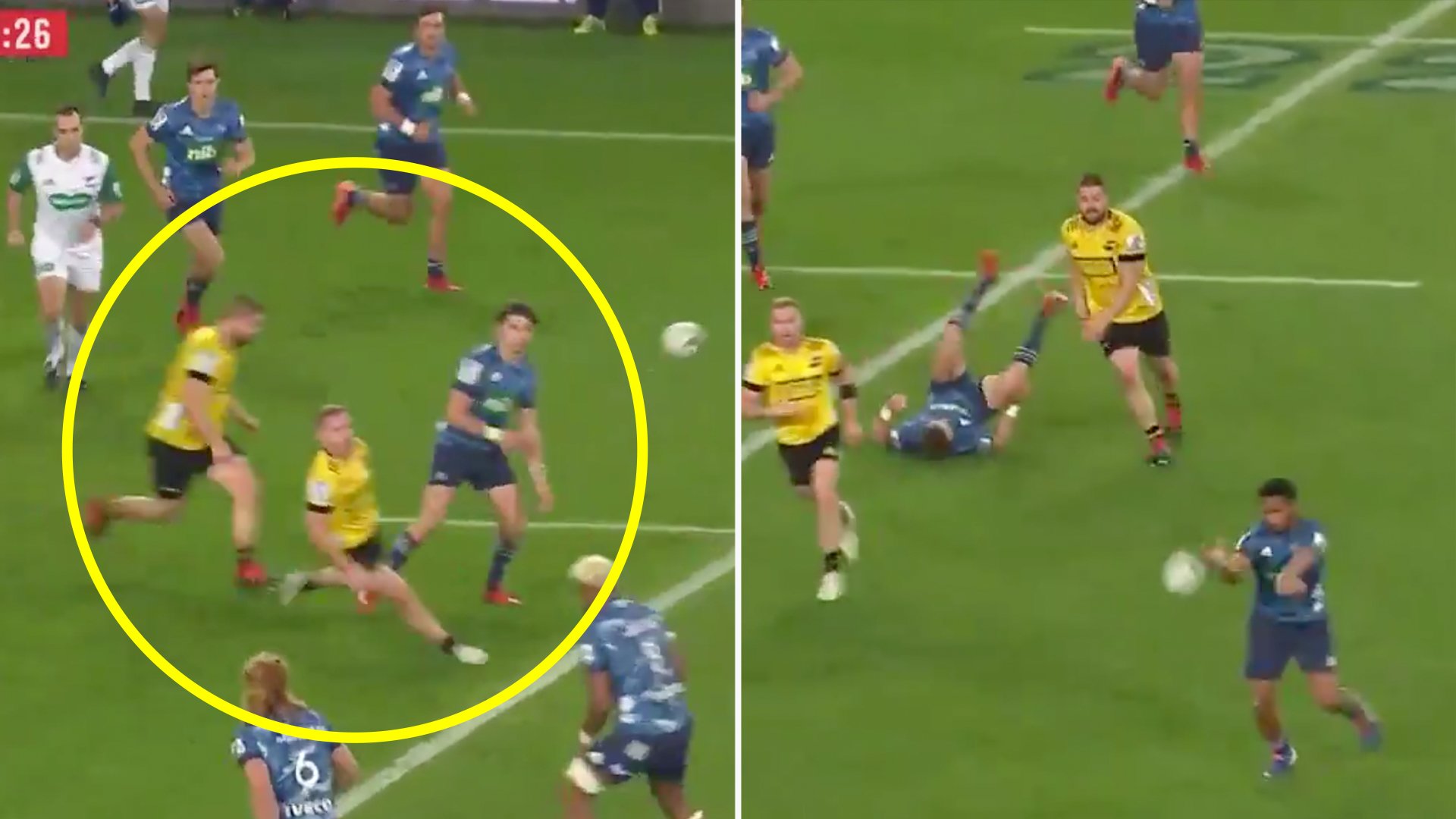 The Hurricanes and the Blues enjoyed a fantastic matchup this morning as they battled it out in front of a packed out Eden Park on Sunday. This Dane Coles hit on Barrett was brutal to see!

The game was all the spicier after the big storyline that Beauden Barrett would be playing his old club the Hurricanes in a match that would revive Super Rugby in New Zealand for good.

The Hurricanes scored an early try in the match through All Black hooker Dane Coles and he made sure that former Blues player Beauden Barrett remembered that he left the team.

Directly after the try Coles and other teammates got into Barrett with some banter, but it looked pretty intimidating to say the least.

But it was the final play of the game which has everyone talking.

In the 80th minute of the match, Dane Coles can be seen barrelling towards Barrett after he passes the ball, launching a savage late hit on his former Hurricanes teammate.

Thankfully, Barrett seemed to find the funny side of the challenge, otherwise things could have turned very nasty.

Luckily, Barrett took all of these moments of aggression from his former teammates very well. He could even be seen grinning as he chased his teammate to get the ball off him.

After a fairly close half, the Blues pulled away early in the second half 27-13 with a try to Dalton Papali’i and two penalty goals to Otere Black.

The former teammates of Barrett made sure they took their chance to give him some banter right in his face after Coles scored his wonder try.

This is what we like to see in our sport. Some lighthearted banter which doesn’t go too far.

In the past Dane Coles has been a bit of a savage with incidents like this so it was good to see a lighter side to him.

😂 They couldn't get enough of each other yesterday could they? Dane + Beauden.

Footage thanks to @skysportnz's Player Cam!