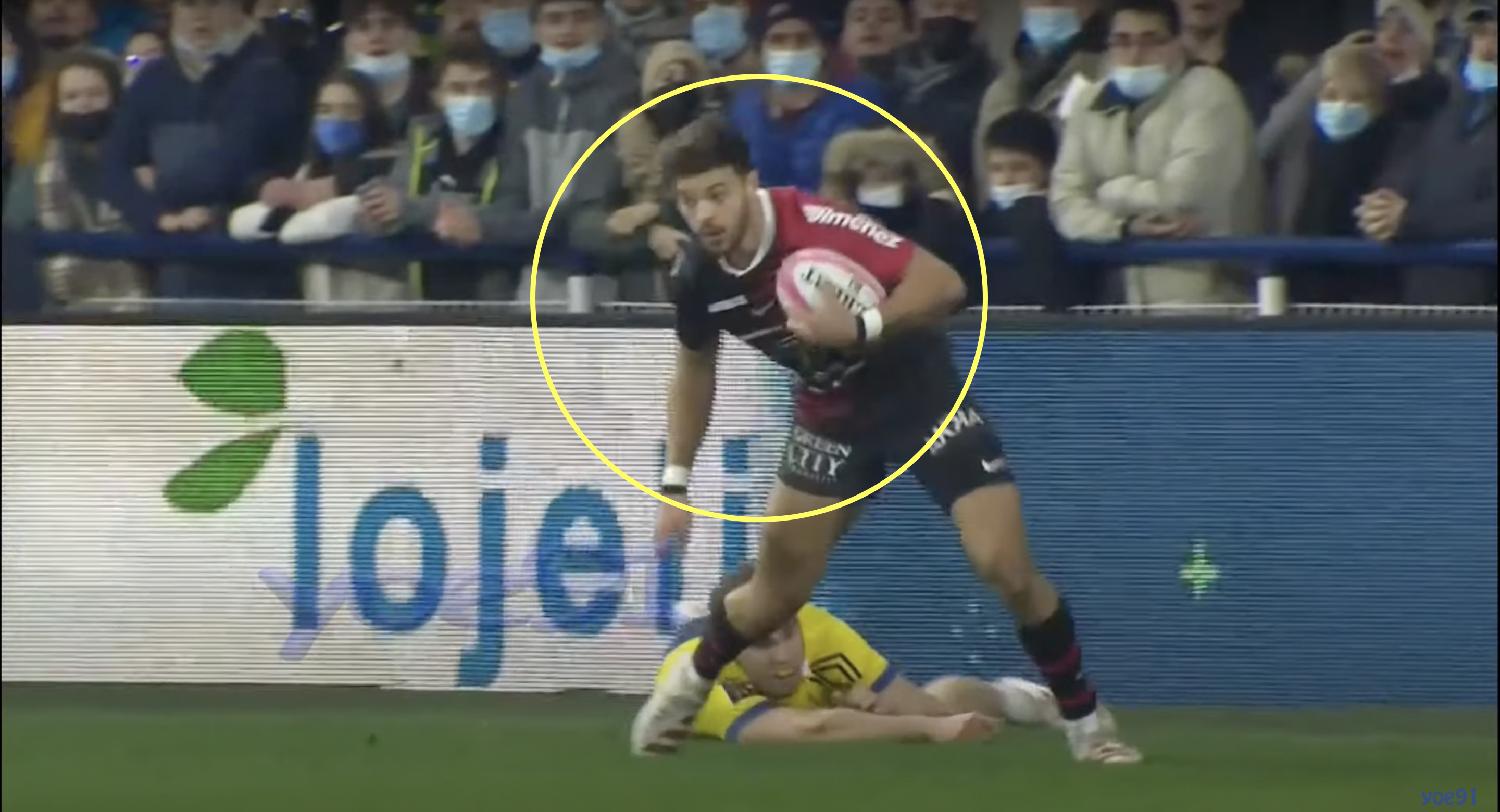 While much of England raves about the form of Marcus Smith at the moment, some may have forgotten that France have their own equivalent of Smith in Romain Ntamack, who is not only the same age but has two more years of Test rugby under his belt.

Unfortunately for all other teams going into the Six Nations, the Toulouse fly-half looks to be in red hot form with the Championship fast approaching. His display recently against ASM Clermont Auvergne was especially impressive, where he showed his full array of tricks.

Whether passing, kicking, running or defending, the 22-year-old showed what he was capable of at the Stade Marcel Michelin, and moreover in all areas of the pitch. The way in which Frenchman ran and passed the ball from well behind his own try line would fool anyone into thinking he was on the half way line had the posts not been in front of him.

Despite this display by their fly-half, Toulouse did not actually win the contest which was played on New Year’s Day but remain in second place in the Top 14. They now switch their attention to defending their Heineken Champions Cup, where they face Wasps and Cardiff over the coming weeks. By the time the Top 14 returns, much of their French contingent will be gone.

France enter the Six Nations as one of the favourites having brushed the All Blacks aside the last time they played. What’s more is they host both Ireland and England at the Stade de France, who also enjoyed unbeaten autumns with Ireland also beating the All Blacks and England beating the world champions South Africa. France host England on Super Saturday, which could be an almighty conclusion to the Championship.