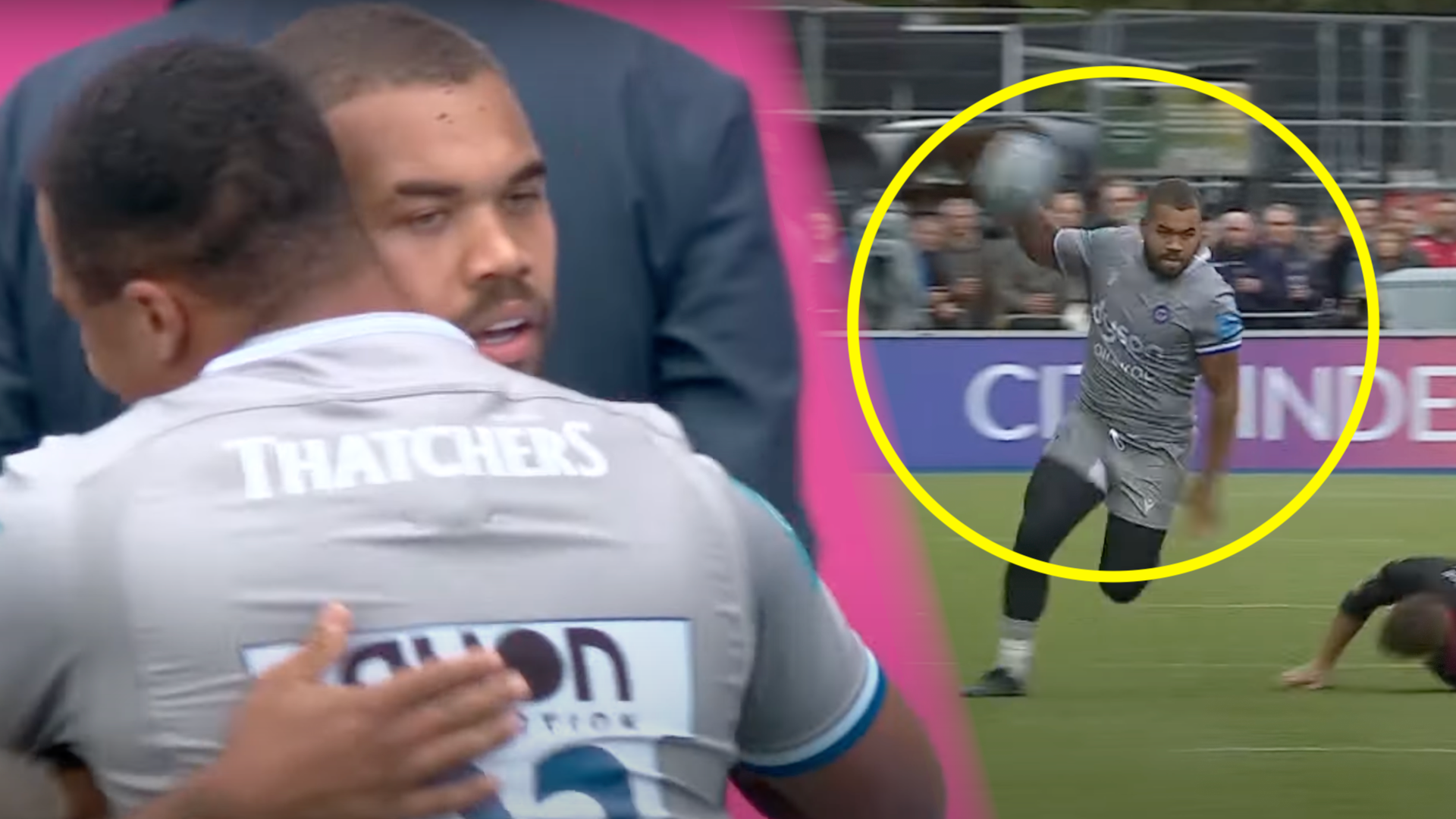 At the age of 23, Bath’s Ollie Lawrence has already had a bizarre international career (and club career having left Worcester Warriors two weeks ago.)

The centre already has seven England caps, earning his first against Italy in 2020 as a 21-year-old, but has never been able to impress too much in white. He was infamously part of England’s loss to Scotland at Twickenham in 2021, where his sole job was to tackle and chase kicks – other than that, he was nothing more than a spectator. He has also come in for some criticism from Eddie Jones, and subsequently earned the last of his seven caps in July 2021 against the USA.

But Lawrence has taken his game to another level this season, and despite having only played two games, his move to Bath has helped. He put in a solid display against Gloucester in his first match, but was sensational in a narrow loss to Saracens at the StoneX Stadium on Saturday.

His stats from that match were worthy of a match winner, as he produced two try assists, beat eleven defenders and ran a mind-boggling 254 metres. He also thought he had scored a try only for it to be disallowed due to a knock on earlier in play, but Saracens did not know that.

Lawrence is one player, alongside his Bath teammate Joe Cokanasiga, that Jones has been desperate to see come off for England, but has not thus far. Given the power he possesses, he has always been eyed as Manu Tuilagi’s successor, or even midfield partner, and while his England career has not been anything to write home about yet, he is now showing the kind of form that Jones has wanted to see for a long time.

Here was his assist for Joe Cokanasiga’s try against Saracens:

, ‘ @OLawrence1 was absolutely magic today. What an impact he’s made already pic.twitter.com/AmV4akz1YS

Here is his assist for Max Ojomoh’s try followed by his own disallowed try: