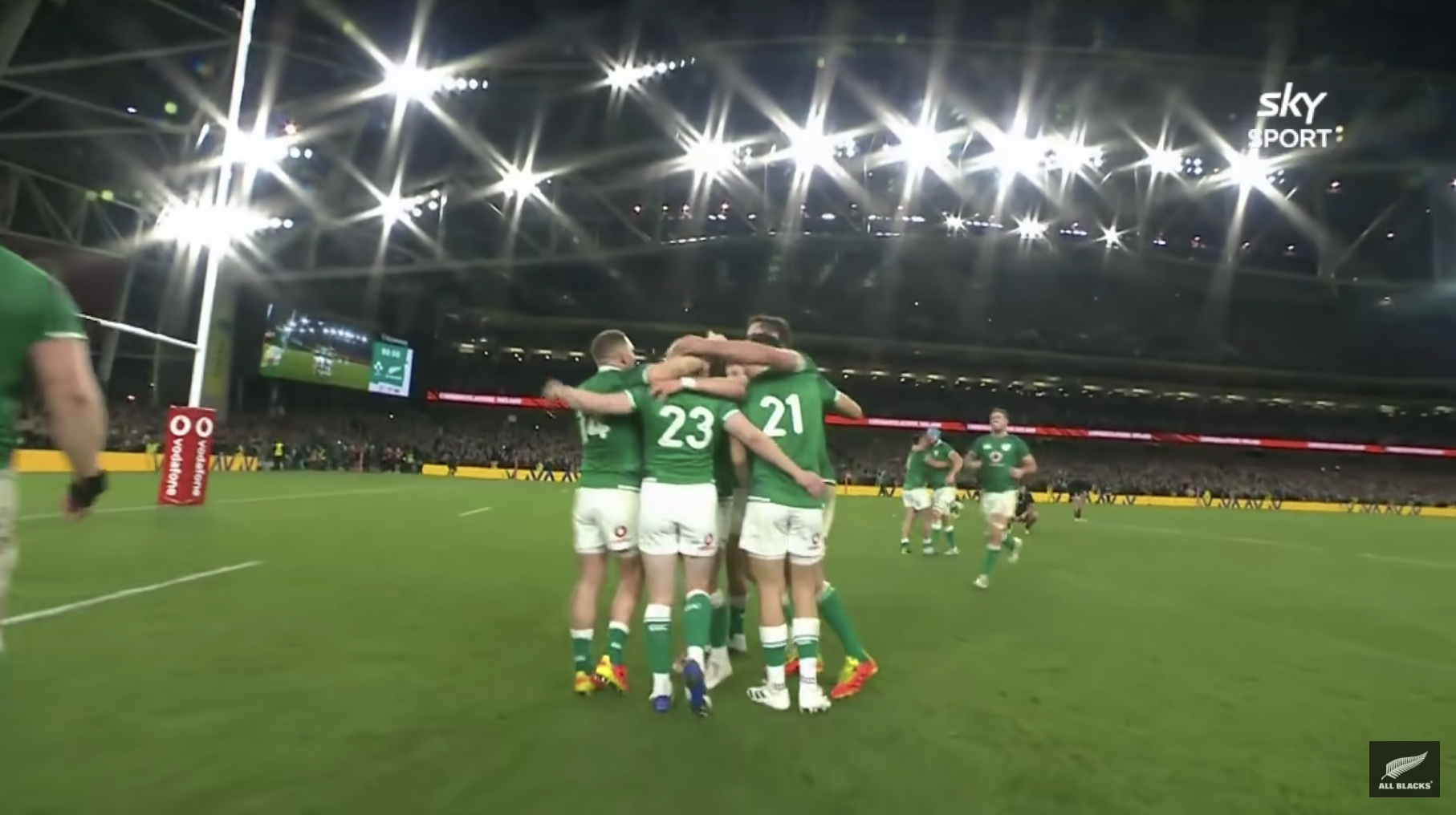 One area Ireland out-thought and embarrassed the All Blacks

Ireland’s 29-20 victory over the All Blacks on Saturday at the Aviva Stadium was probably the most complete performance of all three of their wins against them.

Andy Farrell’s side came out on top in almost all departments against Ian Foster’s side to produce a scoreline that flattered the visitors in truth.

One area that Ireland out-thought the All Blacks was at the lineout, where they managed to stifle many opportunities the Rugby Championship winners would have wanted to launch an attack. This was highlighted by rugby guru Brett Igoe in the wake of the match, who showed on Twitter how the Irish forced New Zealand to consistently throw to the front of the lineout, which therefore limited their options in attack. Even then, Ireland were still able to wreak havoc on the lineout.

The All Blacks were actually forced into a tactical change because of this approach from Ireland, and opted to hit the front man on one occasion. Despite Ireland’s best efforts, they still could not stop the All Blacks scoring from a lineout for their first try of the match.

Ireland will finish their Autumn Nations Series with Argentina on Sunday, where they will hope to complete an unbeaten November. Meanwhile, the All Blacks take on France in Paris on Saturday in a forerunner to their 2023 World Cup pool stage encounter, which will also take place at the Stade de France and will open the tournament in two years time.

There is inevitably g0ing to be a backlash from the All Blacks as there always is after they lose. However, France are a formidable opponent even if they have not fully clicked into gear this November. Fabien Galthie’s side will also be hoping to complete an unbeaten November following wins over Argentina and Georgia.