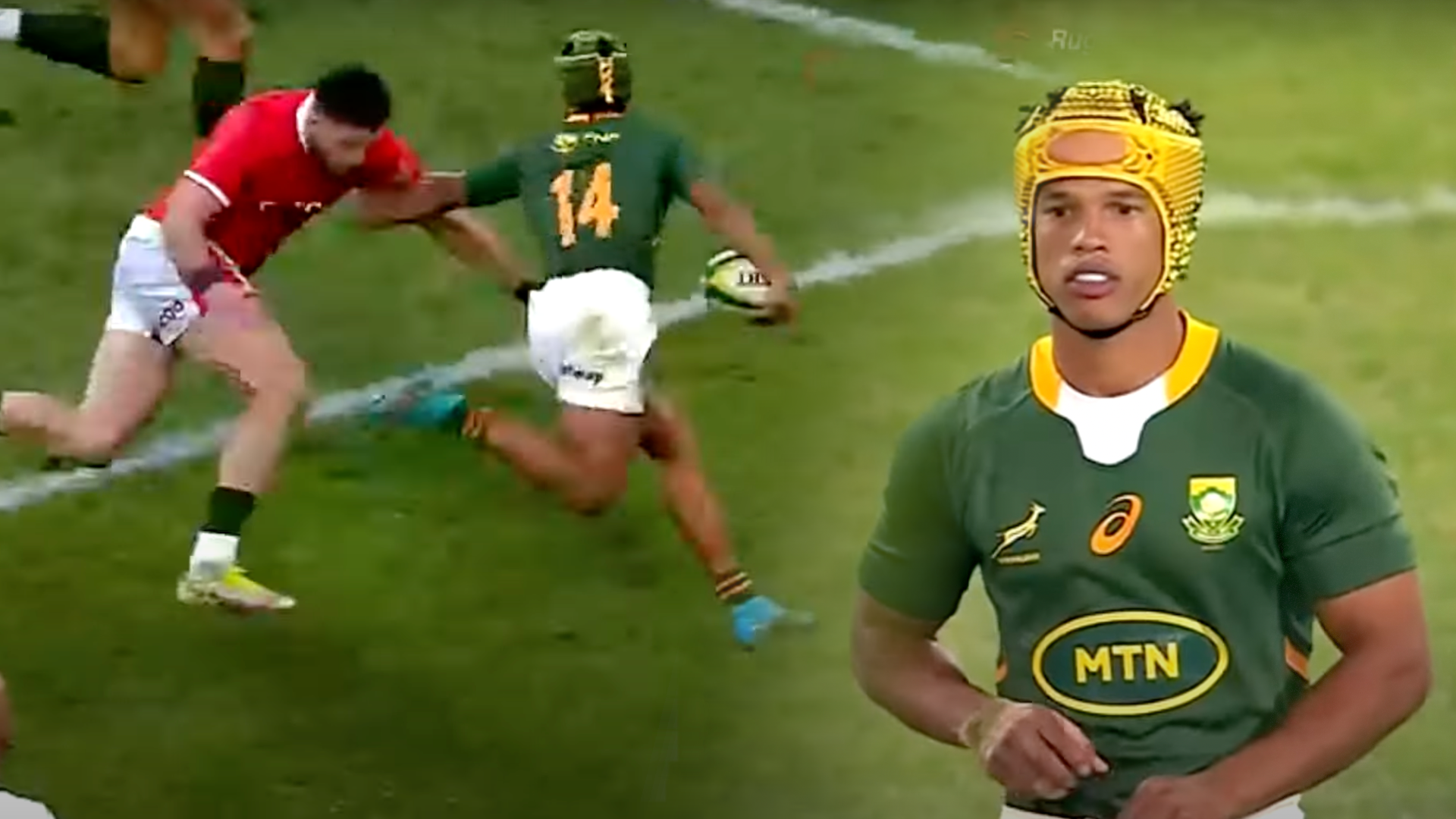 After losing their first ever match at home to Wales in their history, there were obviously not going to be many positives for South Africa this week, but that doesn’t mean there were no positives.

In what is probably best described as an experimental team for the second Test in Bloemfontein, there were some players that put their hands up for future selection and one of those was Kurt-Lee Arendse. Making his debut on the right wing, the 26-year-old could be seen as the perfect back up to Cheslin Kolbe, and he made a good account of himself against Wales.

Though it was perhaps not the type of game that allowed him to show off his feet, he still was able to on occasion. However, his defensive contribution has caught the eye of many a fan, particularly the way he handled Wales No8 Taulupe Faletau a few times.

He has dropped out of the team for the final Test this week as many of the bigger names have returned to the squad, but this was food for thought for Jacques Nienaber moving forward.