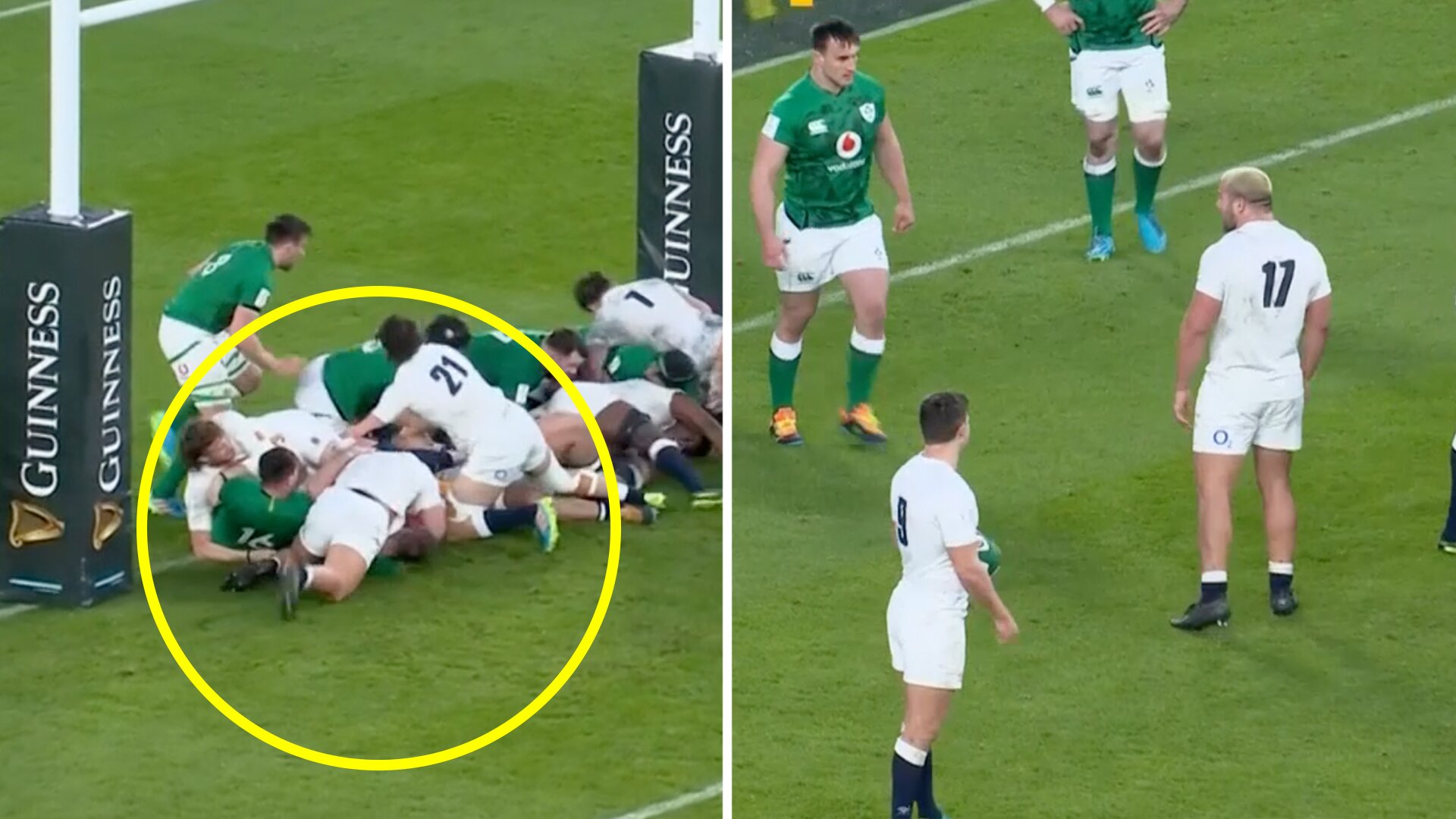 The men in green overcame Eddie Jones’ side with a thumping 32-18 win despite spending much of the second half with 14 men.

There was one moment, however, that has riled some Ireland fans.

The incident occured in the 76th minute of play with England launching a desperate last-ditch assault on the Irish line with the game well beyond them.

We see as they pick and go from close range to try and force their way over for a consolation score before a tussle breaks off between Ellis Genge and Jonathan Sexton on the floor.

Watch the stunning scene in the video below

Bundee Aki deserved to be sent off – dangerous hit, but it was a genuine attempt at a tackle on Vunipola.

We see as there’s a coming together between Sexton and Genge on the ground before we can visibly see the Leicester man appearing to bear down on the Ireland 10 on the ground.

Some fans on social media accused the 26-year-old of attacking the Irish fly-half.

Here was some of the reaction from users online.

So how long a ban should Ellis Genge receive? Hate seeing that stuff. Throw the book at him.

Ellis Genge should be off too, reckless use of his elbow on Sexton under the posts, much worse than the Aki tackle…

England ended up finishing 5th in the Six Nations after a poor performance in most games in the tournament. The France game looks to have papered over many of the cracks in the team’s performance.