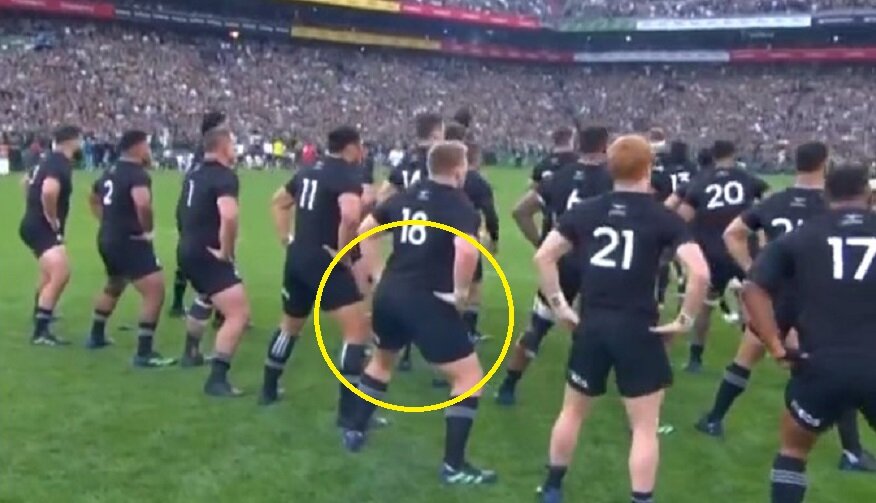 Outrage as All Blacks turn their backs on Boks during Haka

More squalid disrespect from the worst fans in the game! The Bokke army bayed, screeched, yowled and hollered over the brave All Blacks’ haka once again.

Maximum disrespect. But this time the All Blacks struck back!

The probable truth is that the entire stadium was drunk from the pre-match Braai in Jo’Burg, which had in some instances had kicked off at 9am this morning. Inebriated on Bockwurst and Castle Lager, the mob hunted down any remaining sober people – including children – and filled them with beer before kick-off.

As a result, the All Blacks did the only thing they could… THEY TURNED THEIR BACKS ON THE BOKKE!

We understand this is the first time in history that they’ve done this, although once they hid in the changing room in Cardiff in huff.

Quite right too and it showed in their play, as mighty New Zealand roared into the game like a roided-up schoolboy in Craven Week!

The camera angles makes it look at times like they were facing the Boks but in fact they had turned midway through and the Super Sport directors tried to make out like it hadn’t happened.

The Springbok Women held a 20-0 lead at the break and then scored 24 more points before conceding a try on the final buzzer for the scintillating win, and for Raubenheimer it is a sign that their hard work is starting to bear fruit.

“This was a very good performance by the squad today and I want to congratulate the players with their effort,” said Raubenheimer.

“We have lost to Spain twice since I took over the coaching of the squad and this was a very sweet victory. We did play well in most phases of the game today and although we conceded a late try, really dominated the game.”