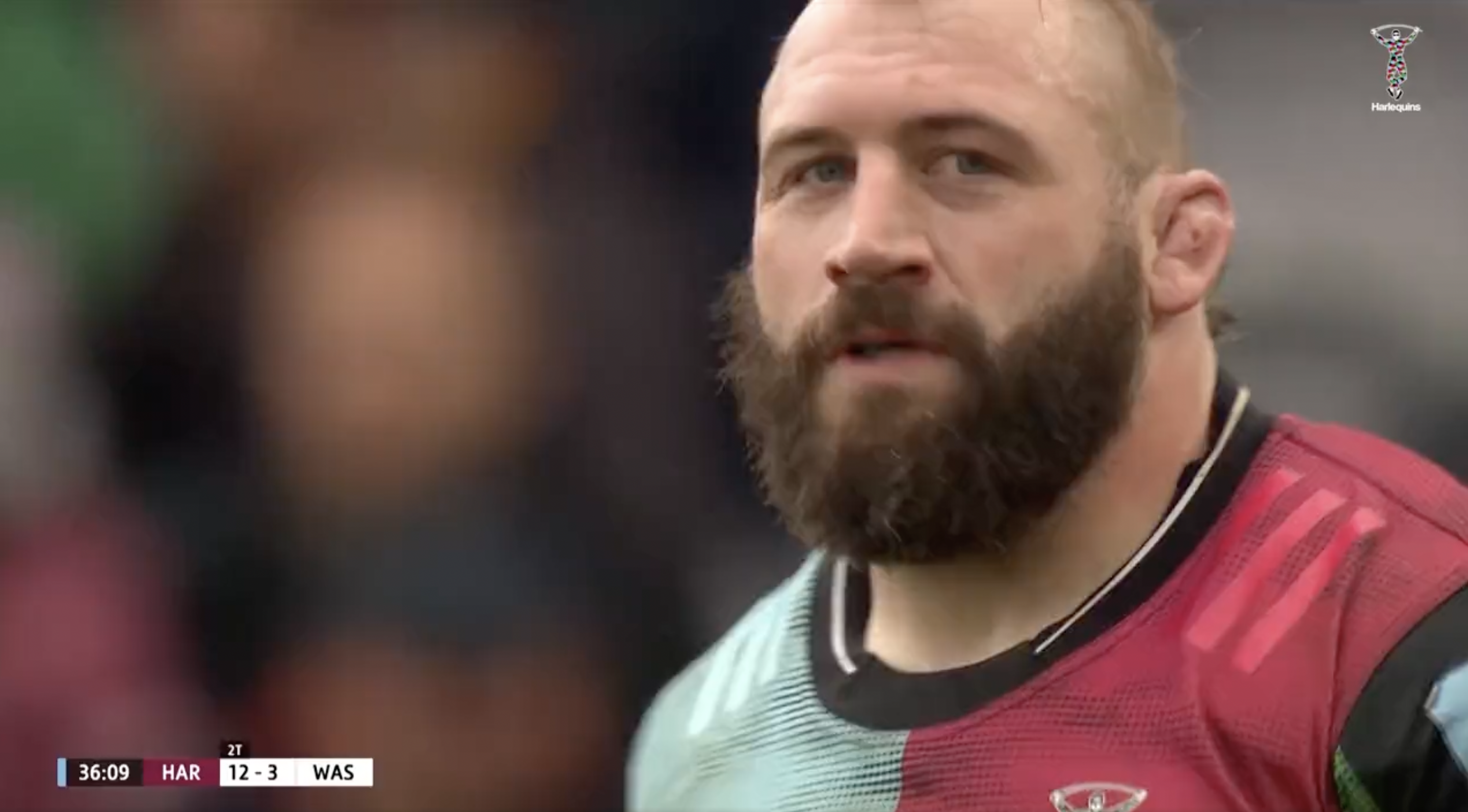 Joe Marler was at his comic best on Saturday for Harlequins against Wasps, performing maybe his most outrageous on field stunt yet.

Being part of a dominant scrum in a 29-24 win is not enough any more for the 31-year-old, he has to entertain the crowd- right up to the moment when the scrum engages.

A video has been shared by Quins this week of their props wild pre-scrum antics. While the scrums are getting into position, Marler is clearly looking at someone on the touchline and gesticulating. Then, after the referee had said crouch, he decides to stroke the head of opposing prop Biyi Alo, all while still looking at the touchline and gesticulating. It was only on the call of bind that the loosehead decides to focus on the scrum itself, and even wins a penalty for his side.

This is Marler at his very best and shows why he is so unique. No other prop in the game does stuff like this mere seconds before engaging a scrum, where almost a metric tonne of humans are forced into you.

This scrum typified Quins’ performance, who benefitted from Marler not being retained in the England squad last week. He is however, part of the 25-man squad that will prepare for Wales on Saturday, as after a scrummaging performance like his at the Stoop, it would have been hard for Eddie Jones to ignore him.

Take a look at Marler in the scrum: