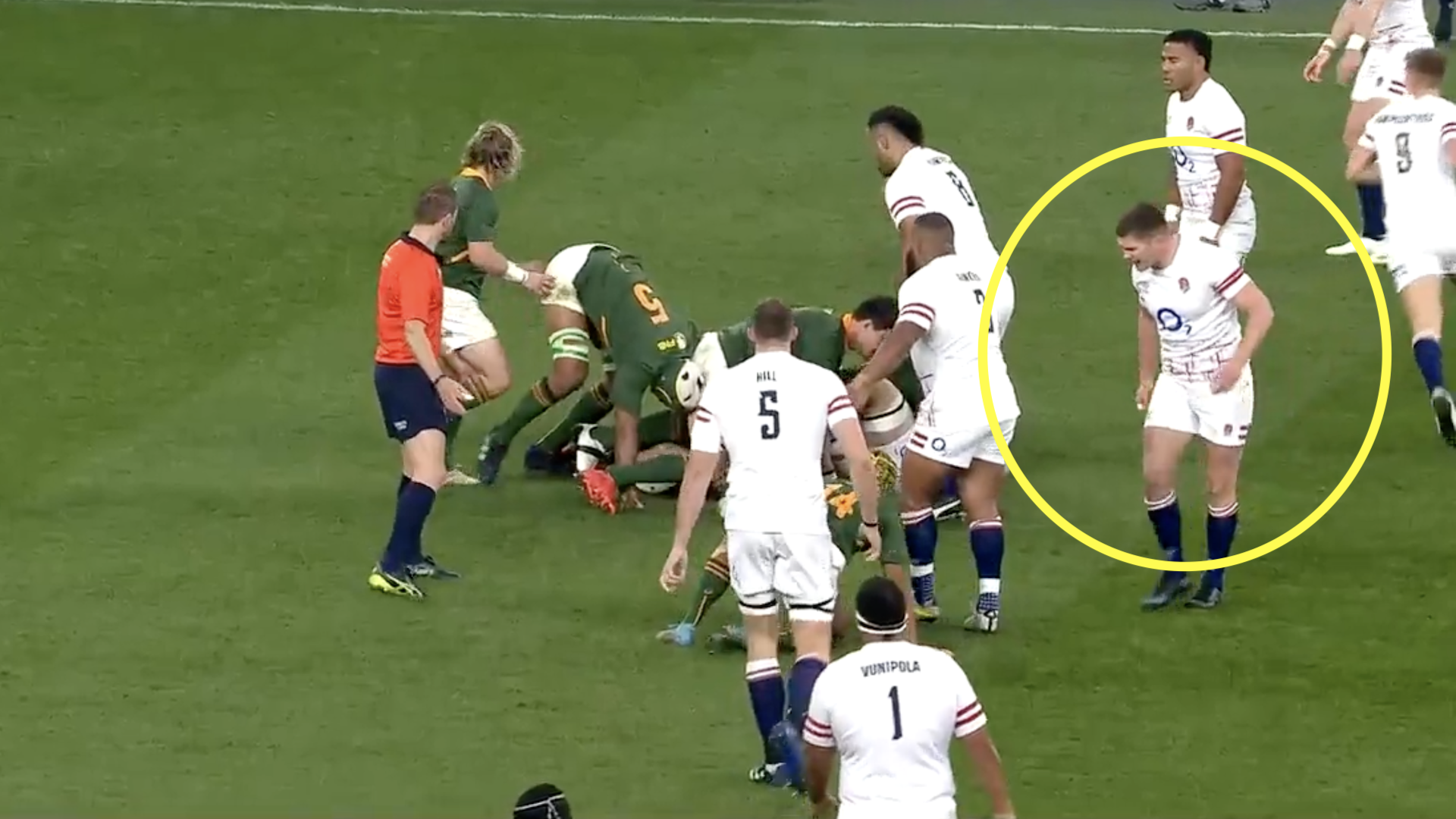 The biggest mistake Owen Farrell might have made on Saturday against the Boks was firing up Kurt-Lee Arendse in the opening minutes of the match.

The winger went on to score one of Twickenham’s great tries later in that half, which might have been inspired by the verbal bashing he received from the England captain.

In the second minute of the match Arendse was caught with an arm of Farrell’s around his head, which was fairly suspect. It was not picked up by the officiating team, but Arendse remained down on the floor. This was until he was subjected to a tirade from Farrell, who screamed at the winger: “Stop faking! Stop faking! Get up!” He got back to his feet and back into position soon after.

Take a look at the incident (WARNING: contains some obscene language):

Farrell did not experience his best game in England colours, and was uncharacteristically inaccurate off the tee, missing two fairly routine penalties.

He said after the match: “We couldn’t get a foothold in the game and we’re unbelievably disappointed about that.

“We felt good going into the game, felt sharp, felt together and felt like we knew what the plan was but we weren’t able to execute.

“We weren’t accurate enough in some bits and that was across the board. Obviously I played a role in that with the two missed easy kicks early on, so, yeah, we’re hurting.”

England head coach Eddie Jones said: “We want to win. We don’t want to get beat by a big score to South Africa and don’t want to have the worst record since 2008 so it is a problem but I accept full responsibility for that,” Jones said.

“A number of young players got great experience today and they’ll come back better players for that. We’ve got other players coming back to form, some of our more senior players and we’re not far away.

“We need to develop consistently. Test match rugby is all about consistency.”