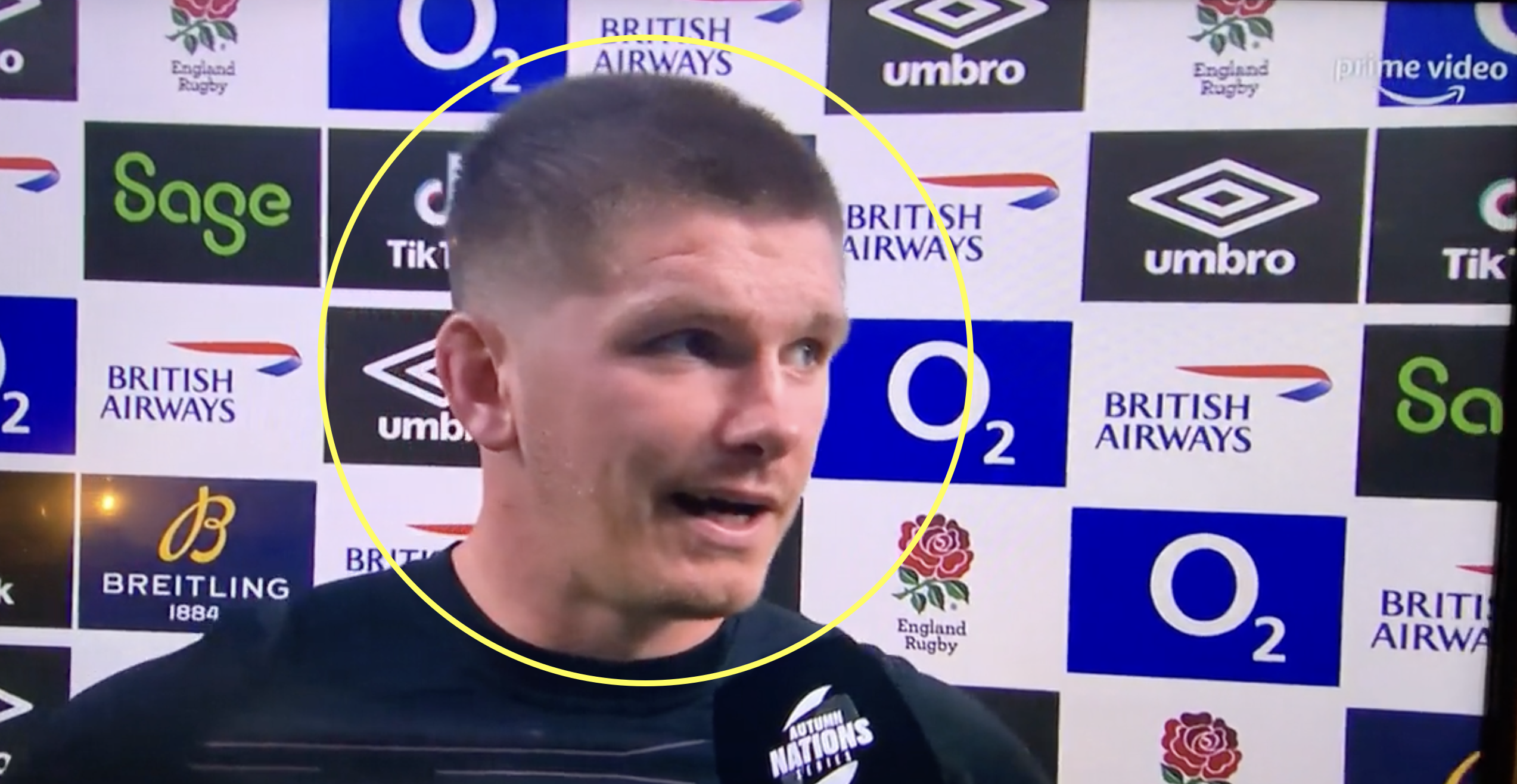 England captain Owen Farrell suffered the interviewing equivalent of running straight into Henry Tuilagi and getting driven back five metres at Twickenham on Sunday after England’s loss to Argentina.

England fell to the Pumas 30-29 in their first match of the autumn in a game full of penalties, knock ons and a lack of imagination.

England dominated possession, territory, ran 270 more metres than Argentina, made 101 more passes, made 70 more runs, made twice as many clean breaks and beat 17 defenders to the Pumas’ six, but they still scored as many tries as each other, two. These look like impressive stats, but it was certainly not a game full of swashbuckling rugby, rather it was a case of England’s big ball carriers trying relentlessly to blast through Argentina’s defence with not much guile from either side really.

With that said, Argentina’s first try seemed to buck the trend completely, as they pulled a move out straight from the training ground for Emiliano Boffelli to score. It was so good that Farrell must have assumed it was from a different game when speaking in his post match interview.

Talking to Sonja McLaughlan after the match, Farrell said “both teams didn’t move the ball that well,” to which she said “Argentina did for their two tries to be fair,” leaving Farrell squirming while agreeing with her in an awkward exchange.

The Pumas definitely did move the ball well for their first try, although their second try just came from taking advantage of an inaccurate pass from Farrell. If anything, it was a case of England not moving the ball well for the try rather than Argentina moving it well. Meanwhile, England’s first try came from Joe Cokanasiga running off scrum-half Ben Youngs, and the second came from a break from replacement scrum-half Jack van Poortvliet.