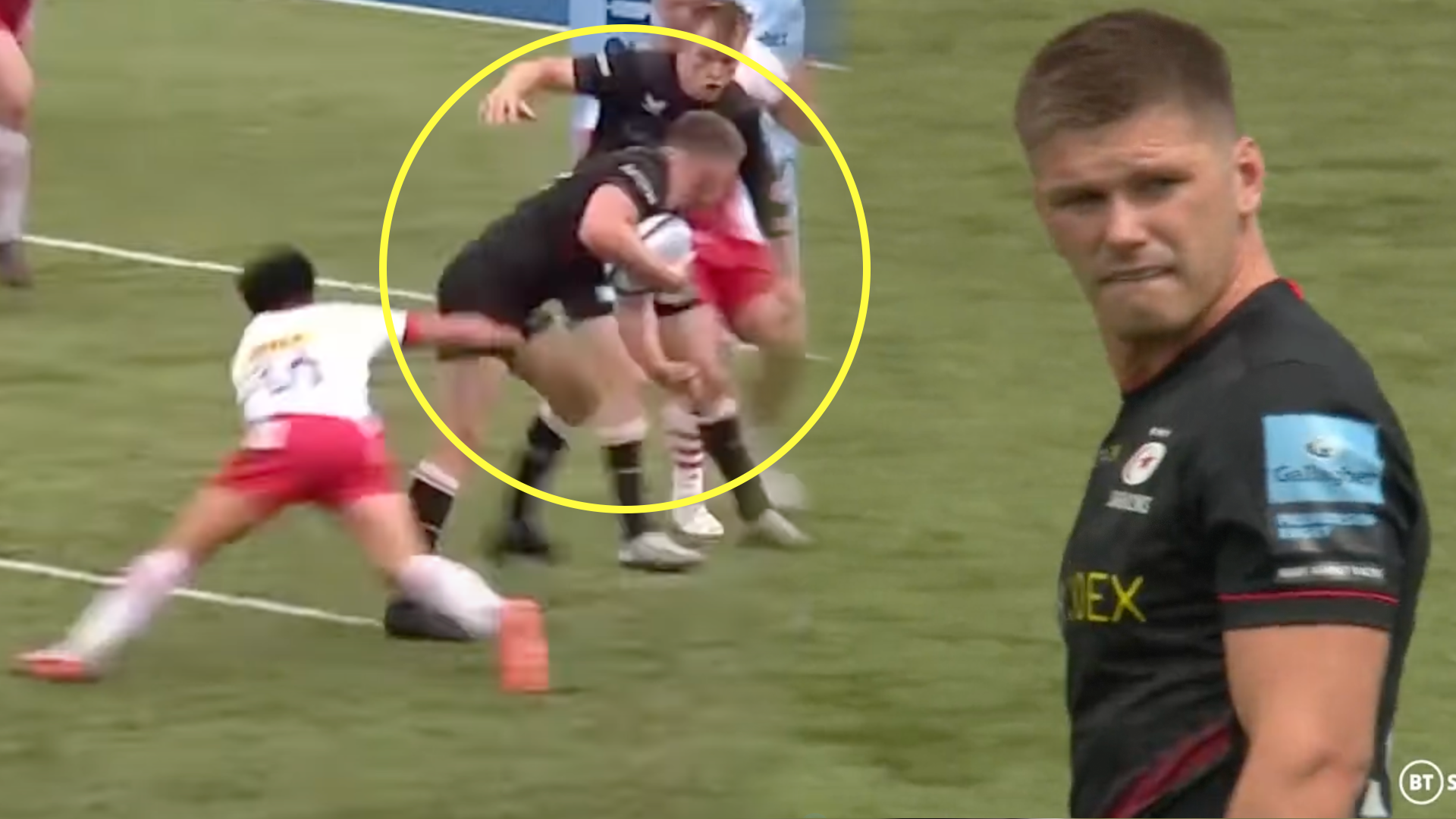 Smith looked as though he had the upper hand early in the encounter at the StoneX Stadium when his break set up a try for Danny Care on 19 minutes to give them a 12-3 lead. But Farrell bounced back later on in the half with a sublime piece of skill of his own to set up a try for Nick Tompkins.

For all those that claim Farrell is a kick-heavy, boring No10, take a look at this, as the 30-year-old took the ball to the line flat, and held off the tackles of Smith and Will Evans to flick the ball under his body to his inside centre. It was attacking play right out of Smith’s book.

The question now is what Eddie Jones does with the both of them. Farrell missed the Six Nations with an injury, meaning Smith started at fly-half, but even before then Jones had experimented with the both of them at No10 and No12 in the autumn. That looks the likely plan of action for the upcoming series against Australia, but the Test centurion Farrell is in such a rich vein of form that he could trusted to take the attack to the Wallabies all by himself.

“We played some good rugby and defended well when we had to. We spent the last 20 minutes with either 14 men or 13 men,” said Saracens director of rugby Mark McCall.

“To be down a man against an attack as good as Quins for that length of time is tough and showed the level of resolve, resilience and fight we have. We scrapped for everything and that’s the thing that always pleases us the most.”

Take a look at Farrell’s piece of skill:

Despite a tough defence, they just wouldn’t take no for an answer 👊#GallagherPrem pic.twitter.com/t9o9xEw0zA