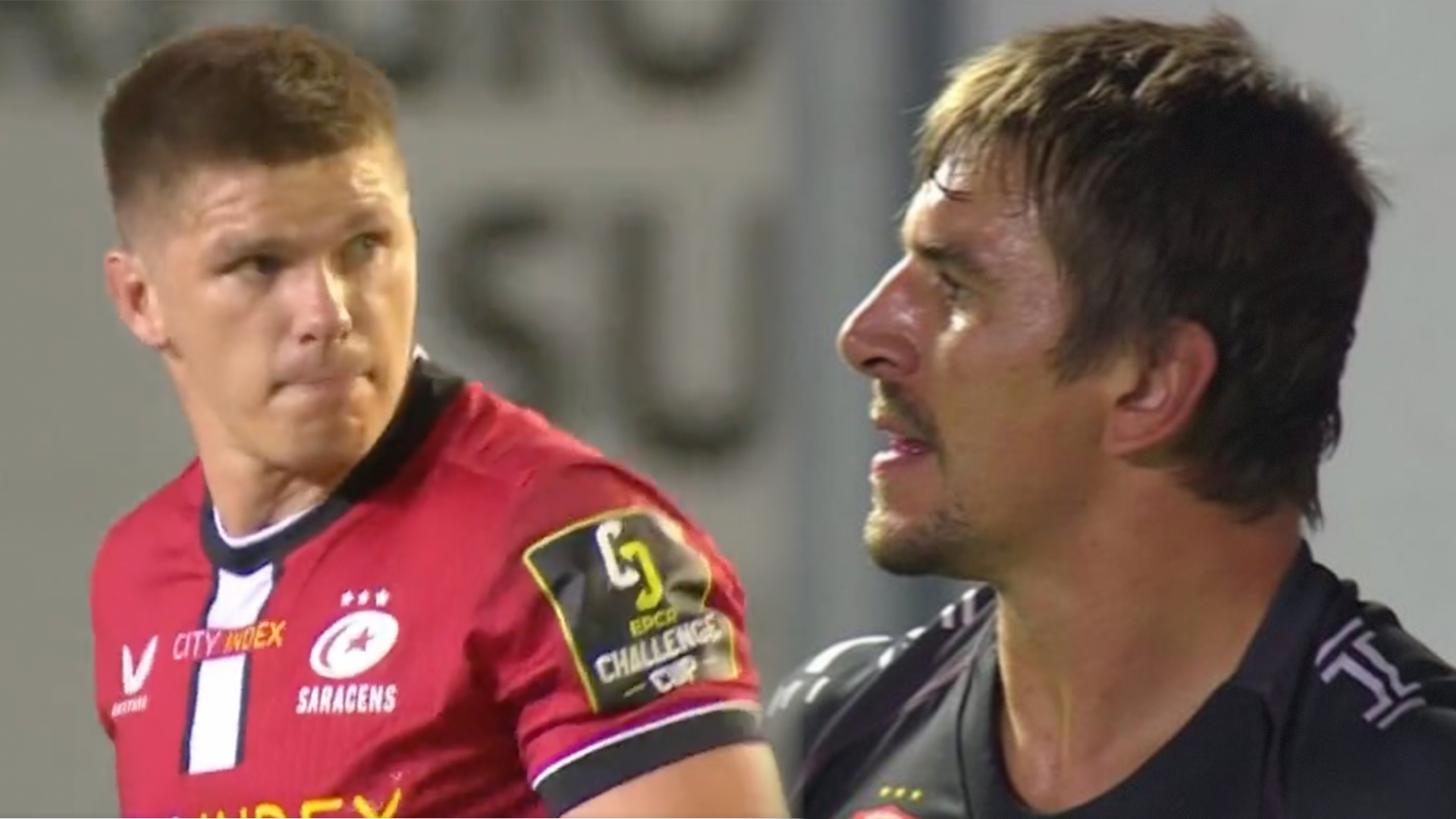 One of the scariest sights in world rugby for any fly-half is to see Eben Etzebeth charging out defensive line directly at you. Owen Farrell had that unpleasant experience yesterday at the Stade Mayol in the Challenge Cup semi final between Toulon and Saracens.

However, when the South African made a beeline for the Englishman on 54 minutes, it did not necessarily go to plan. He did hit Farrell, pretty hard, but the fly-half was able to ride the tackle and started driving forward. The lock was then seen trying to drag the England captain back, but needed the help of his Toulon teammates to take him down. That is not usually the outcome when the 122kg puts a hit in.

Farrell came out well in this exchange, but ultimately Etzebeth had the last laugh with his side winning and the Springbok putting in a stellar performance. Conversely, Farrell was disappointed on the way his side performed in the South of France.

“We are obviously disappointed with the result but probably more with the performance, especially in that first half,” said the fly-half.

“I feel like we could have given a better account of ourselves, especially in some areas we pride ourselves on. We will have to look inwards now, and we need to make sure it spurs us on for the rest of the season.

“We couldn’t string too much together today. Massive credit to Toulon in the way they defended, and how they slowed down our breakdown in particular.

“It was hard to play against. We need to make sure we figure out why, and make sure it doesn’t happen again.

“People will feel the way they are feeling tonight, and we will have a look at it tomorrow. We’ll get straight on to it.”

Take a look at Etzebeth’s highlights against Saracens: