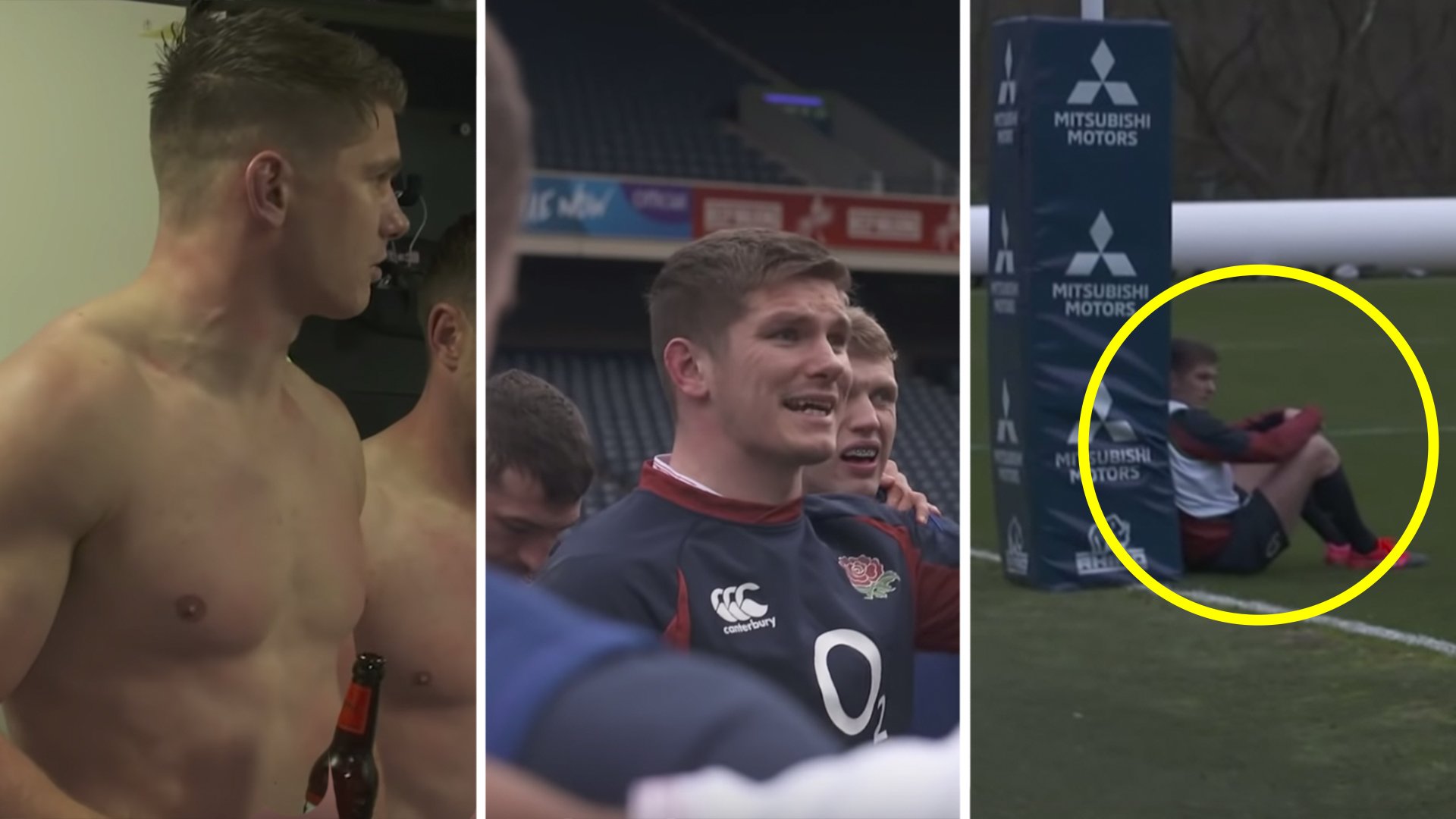 The incredible leadership of Owen Farrell was on display this week in exclusive behind the scenes footage that has been released by England rugby.

England have been doing a series on their YouTube channel called ‘The Next Level’ giving fans unprecedented access to England’s Six Nations campaign.

This week the cameras followed them as they played Scotland at a very hostile Murrayfield.

We are taken aback by Owen Farrell and the incredible leadership that he showed in this match.

We are going to show you three clips of Owen Farrell in this video, he really commands the respect of the team in this series doesn’t he?

You could hear a pin drop as he speaks as he has complete control over everyone in the England set up.

You saw similar clips of him during the Rugby World Cup during their Rising Sons series. It almost seems like Owen Farrell is another coach in the team at times.

Here is the second clip of Farrell as he conducts a mini team talk on game day.

You would almost think that he is a coach from watching some of these clips. You can definitely see the Saracens 12 becoming England coach sometime in the future with leadership like this.

In the final clip, Farrell is heard congratulating the team after they won in Storm Ciara. It’s interesting to also see how important George Ford is in the team, a player who has struggled to be a fan favourite in the past with some wayward performances for Leicester and England.

We think it’s brilliant to see the England players in this fashion.

Will Faz be a future England coach?