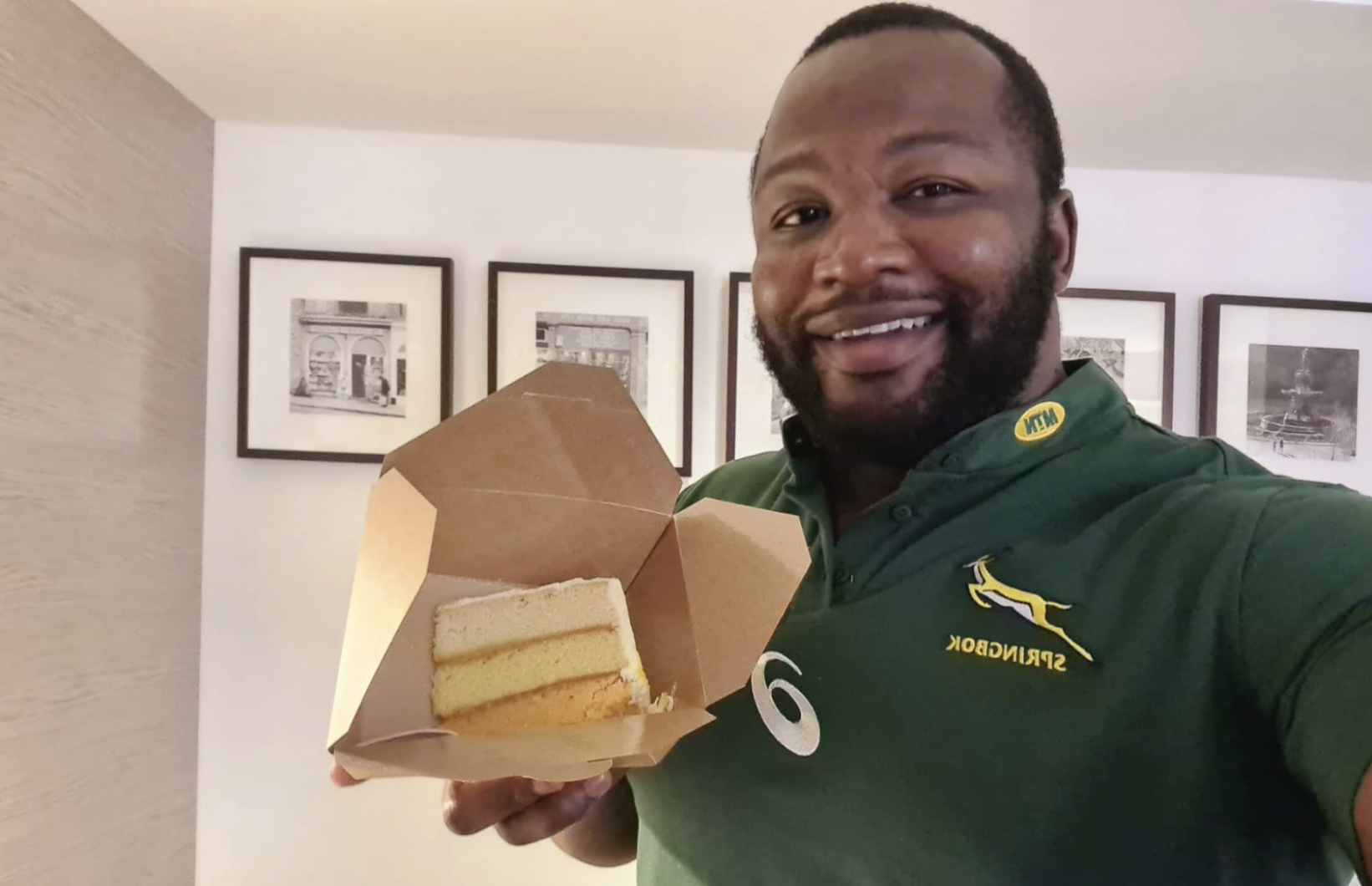 Springboks prop Ox Nche has continued to show why he is rugby’s favourite personality on Twitter at the moment with more cake-related content.

The 26-year-old recently entered the world of Twitter, and has largely used the platform to discuss his love of cake. This was a topic a conversation in a press conference ahead of the Springboks’ clash with Scotland this Saturday, where he was peppered with questions on how he will source good cake in Edinburgh and what sort he likes.

“I haven’t gone out to explore some cake places,” Nche said. “But Matthew Pearce has said he has organised some good quality cake for me. I’ll let you know tomorrow.”

The loosehead provided an update on his quest for cake on Thursday, sharing a photo of some cake, which he described as “delicious”. This photo was accompanied by the hashtags “OxTheCakeWhisperer” and “EveryDayIsAGoodDayToHaveCake.”

Springboks head coach Jacques Nienaber will hope his prop does not eat too much in the coming days, as he has been selected to start against Scotland at BT Murrayfield. The actual rugby match may seem like nothing compared to the challenge he has faced this week with his cake travails.