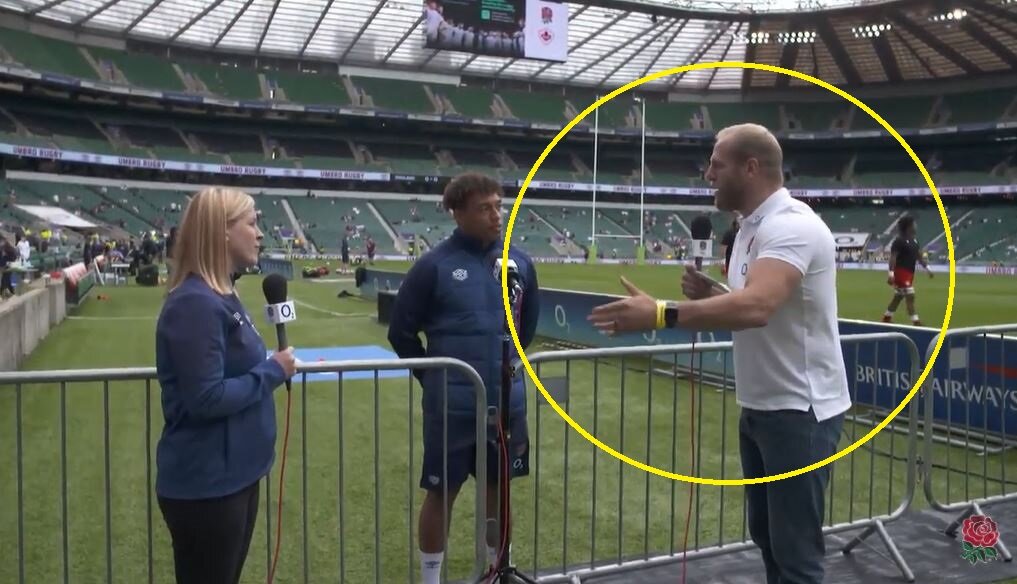 Haskell and Nolli Waterman were pitchside at Twickenham Stadium ahead to the Canada game and spoke with Oghre, who gave as good as he got when up against the King of Banter, the H Bomb, Haskell.

Oghre said: “You never talked to me at Wasps” after Haskell tries to enter into a brutal banter off with the young front rower, prompting Haskell to admit that he was an ‘awful person’ and then saying ‘this is the third time I’ve spoken to you’.

It was great TV.

Haskell made over 200 appearances in a 12-year career at Northampton’s Aviva Premiership rivals Wasps, splitting two spells at the club with stints across the globe at Stade Français, Ricoh Black Rams, and the Highlanders – playing on almost every stage world rugby has to offer.

But Haskell has also excelled at international level for over a decade, earning 77 caps to date for England and getting called up to the 2017 British & Irish Lions squad that toured New Zealand – playing against a Hurricanes side led by Saints’ director of rugby Chris Boyd.

“I have had a fantastic career at Wasps and would like to think I have played a part in the club’s success over the years,” Haskell said when leaving in 2018. “I am looking forward to the next phase of my career; I wish all the players and officials at Wasps all the best for the future and will give my usual 100 per cent for the rest of the season.”

Standing at 6ft 4in and 118kgs, Haskell could play in any of the three positions across the back-row.
With England, Haskell has been selected for two Rugby World Cups and won three Six Nations titles, including a Grand Slam in 2016 – the same year he was named ‘Man of the Series’ in the Red Rose’s whitewash of the Wallabies in Australia.