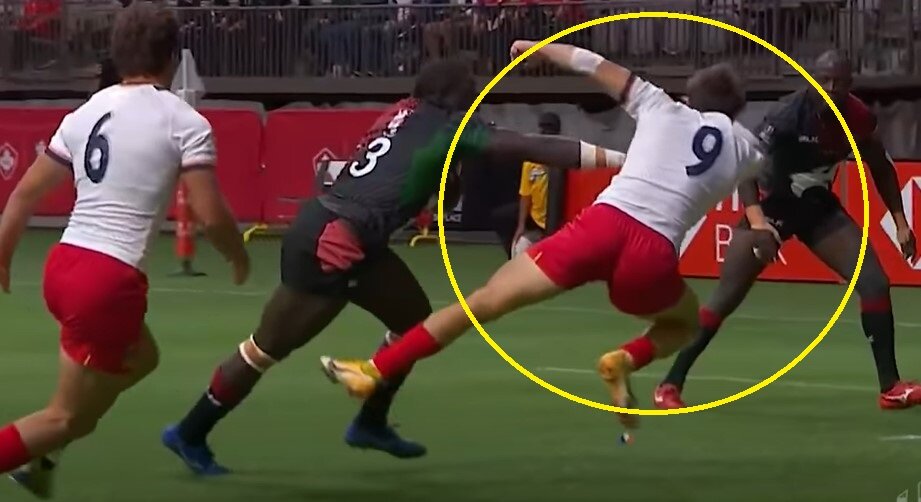 Alvin Otieno is called ‘The Buffalo’ for a reason and it’s not because he produces the delightful soft cheese mozzarella by lactating – that’s for sure.

The Kenyan Seven sensation has been running over people for fun on the Sevens circuit and appears to take particular delight in running over Blitz Bokke.

Although on a fifteens field the 6ft, 94kg would be on the smaller side of average for a 12, he looks like an absolute monster in the shortened form of the game.

He hands-off one guy so hard his gumshield flies out which was a particular gratifiying moment.

IN OTHER NEWS: A penalty try after the full-time buzzer had sounded saw the DHL Stormers secure a 22-22 draw with the Cell C Sharks in a humdinger of a Vodacom United Rugby Championship clash at Hollywoodbets Kings Park in Durban on Saturday.

The Cell C Sharks led by 11-3 at the break as Springbok centre Lukhanyo Am scored a try and Boeta Chamberlain (flyhalf) kicked a penalty goal and drop goal to a solitary penalty goal by DHL Stormers flyhalf Manie Libbok.

The Capetonians, however, fought back strongly in the second half to earn two penalty tries and a five-pointer by Springbok utility back Damian Willemse, which saw them sneak through for a draw, which seemed unlikely for most of the match.