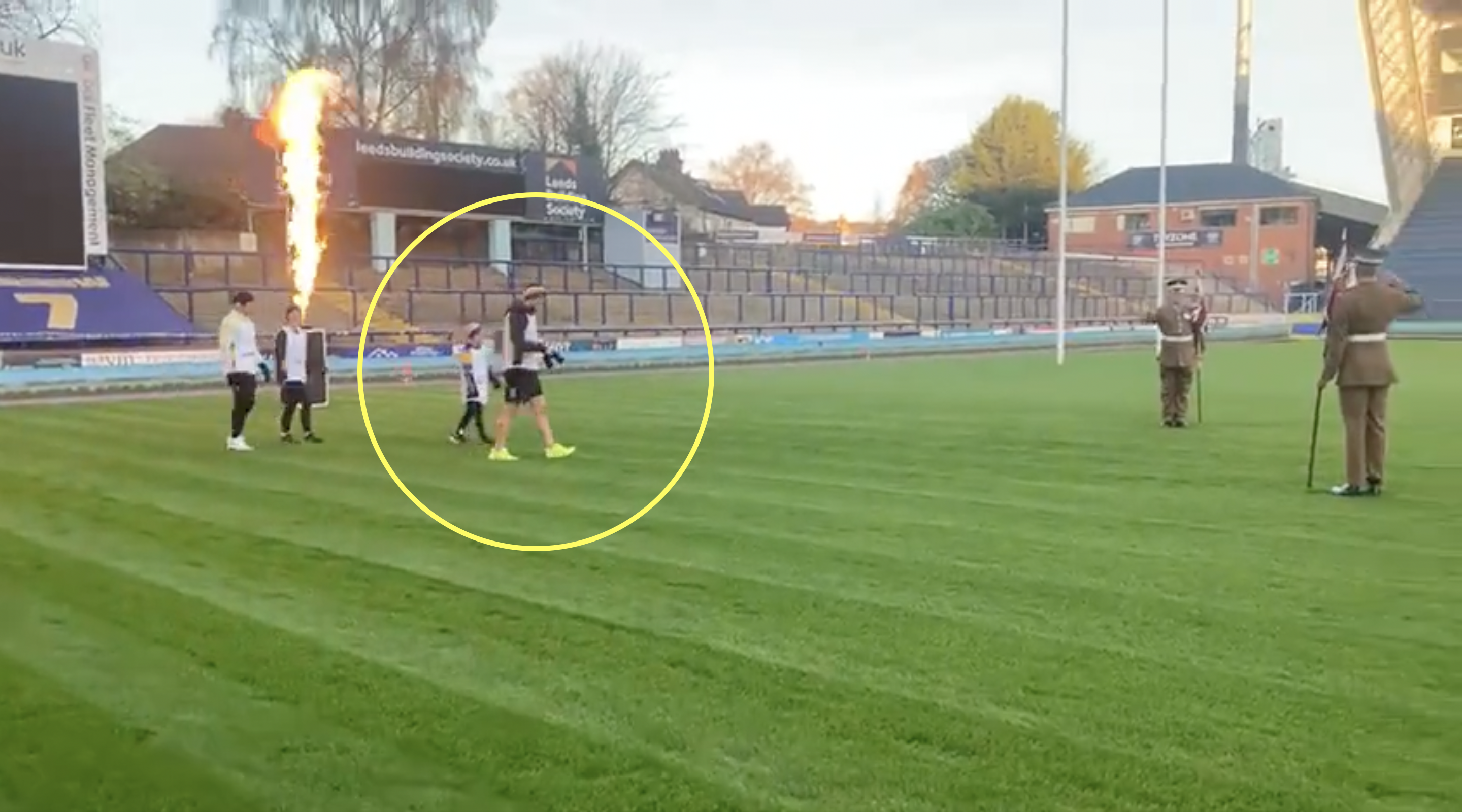 Players from across the game have shown their support and admiration for Kevin Sinfield after he completed his Extra Mile Challenge for his former Leeds Rhinos teammate Rob Burrow, who was diagnosed with Motor Neurone Disease in 2019.

The Leicester Tigers defence coach finished his challenge of running 101 miles in 24 hours this morning, arriving at Leeds’ Emerald Headingley Stadium, where he spent all of his rugby league career, after leaving Leicester’s Mattioli Woods Welford Road yesterday morning. The challenge was to raise money for Leeds Hospitals Charity appeal to build the Rob Burrow Centre for MND supporting people living with MND and their families, and the MND Association

The moment he arrived at Headingley has gone viral on social media, as he was met by a rapturous applause by fans at the stadium.

You can donate here.

This is the reaction Sinfield has received across the game:

Kevin Sinfield you are a hero! Completing a 101 mile run from Leicester to Leeds raising money for MND. What a legend you are! pic.twitter.com/nLJ9o8uzMM

I almost feel guilty waking up this morning as during the night Kev Sinfield has been running! What a man, what an effort – 101 miles is unbelievable #extramile He’s almost there. Please, please, please – if your going to do something today support Sir Kev & make a donation https://t.co/tZykB6siWN

Unbelievable. What a man ! https://t.co/wUp9JmBmAs

Sinfield outlined the challenge on his donation page: “I’ve set myself an initial target for ‘The Extra Mile Challenge’ of raising £100,000 as I run just short of four marathons back to back in a day. This challenge, inspired by Rob Burrow, will be raising money directly to benefit people living with MND.

Your support will be split equally between the Leeds Hospitals Charity appeal to build the Rob Burrow Centre for MND supporting people living with MND and their families, and the MND Association which funds multi-disciplinary care delivered at the Centre and others across the country, as well as research into potential treatments for the disease.

I’ll be attempting to run from Leicester’s home at Mattioli Woods Welford Road to Emerald Headingley Stadium in Leeds in 24 hours. Starting on Monday 22nd November, the run will be split into 7km segments, each must be completed within an hour before the next one starts on the hour. Originally, the journey was planned to cover a distance of 100 miles but the actual final distance covers 101 miles – hence the name of the Challenge.”