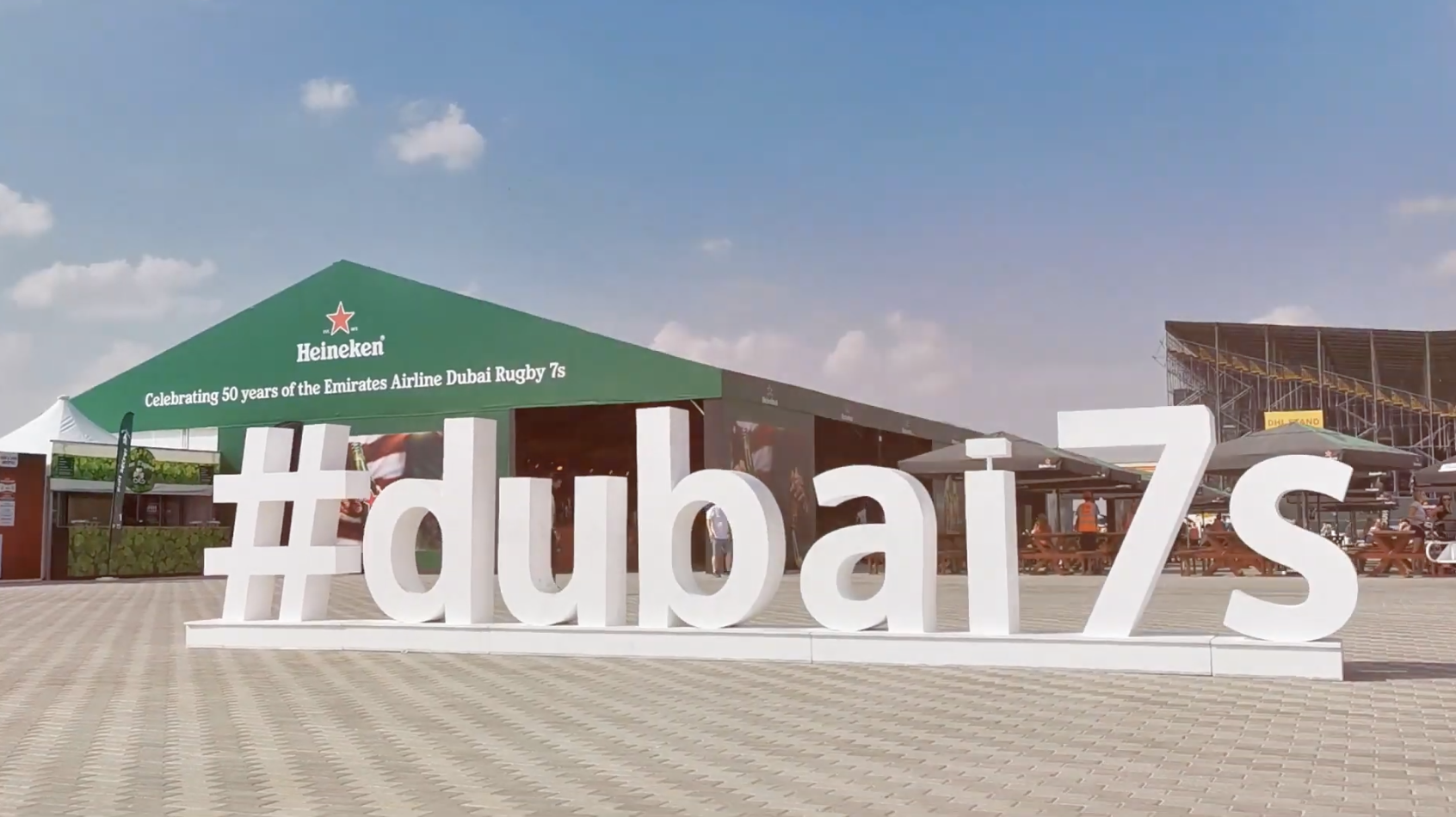 One of the coolest adverts for rugby was launched this week, or certainly the biggest, as the tallest building in the world the Burj Khalifa advertised the upcoming Dubai Sevens.

All 830 metres of the building became a gigantic advert for the tournament, with the caption “7s will return” projected on it, which then changed to the dates of the men’s tournament, the 2nd to 4th of December, which will launch the return of the HSBC World Rugby Sevens series and a return to Dubai for the first time in two years.

Dubai Sevens shared the images on social media on Thursday, with the caption “So we did something pretty cool last night… video premiering on November 1st. Keep your eyes peeled.”

“Alongside popular and traditional rugby sevens venues it will be exciting to take the Series to new venues in Spain and France as the game continues to expand and captivate new audiences around the world with its fast, skilful and thrilling format. Rugby sevens is a key driver of global growth for our sport, particularly in emerging nations, and it firmly remains a top priority for our organisation.

“A lot of hard work has gone on behind the scenes to ensure we can announce a full Series schedule today and we thank HSBC, the host organisations, unions, commercial and broadcast partners for their unwavering support and spirit of collaboration as we navigate the challenges of the global COVID-19 pandemic together.

“We now look ahead to the return of the HSBC World Rugby Sevens Series at full throttle ahead of what promises to be a very busy and exciting year for sevens with the Commonwealth Games in Birmingham and Rugby World Cup Sevens in Cape Town following the Series.

“As ever, the health and welfare of players, fans and wider society continues to be our primary concern and we will work closely with all stakeholders to ensure the safe delivery of the Series.”