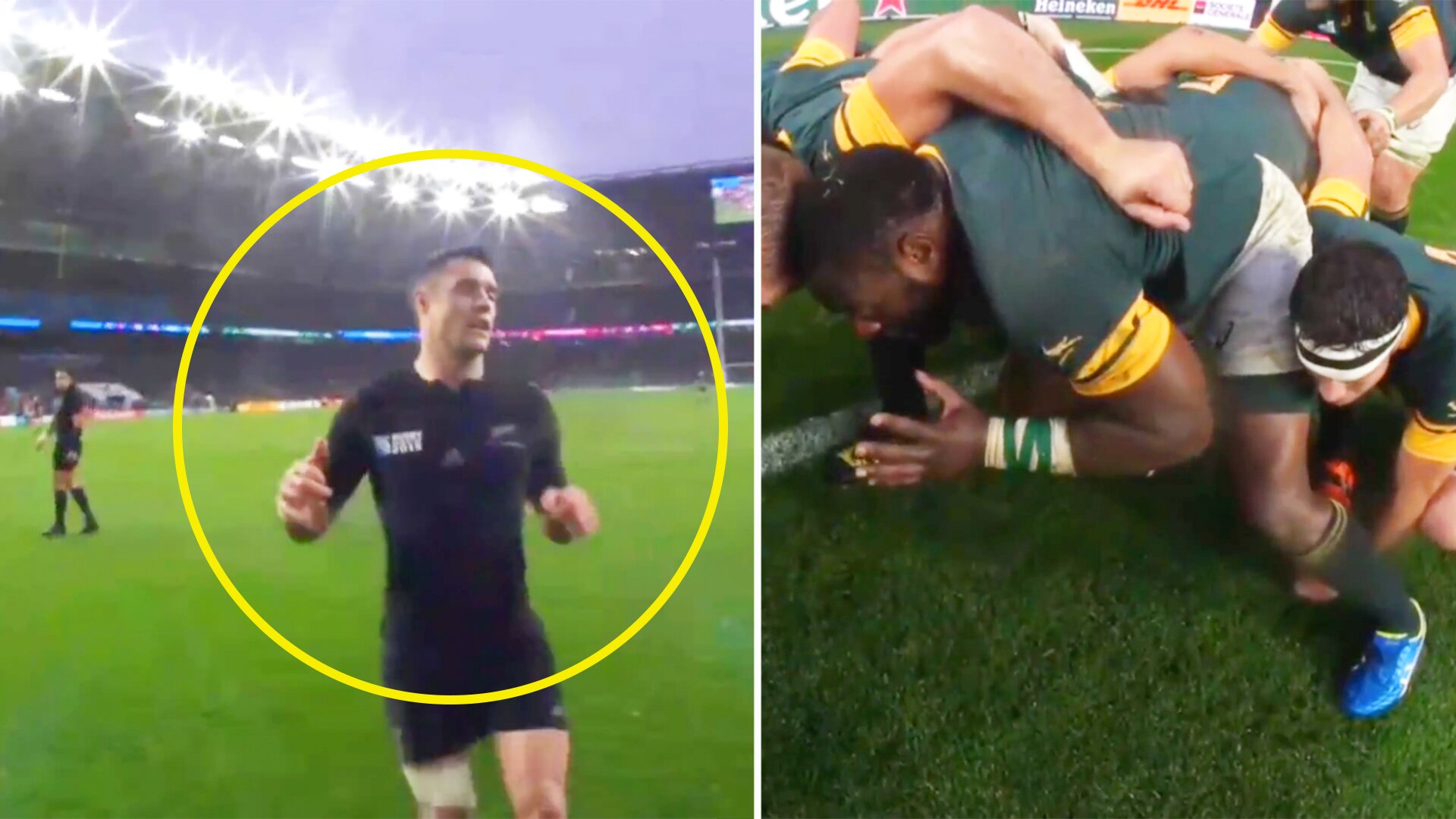 A follower has sent in this previously unseen ref cam footage from the 2015 World Cup and it’s outstanding.

It shows just how ferocious the gameplay was in the semi-final between the All Blacks and South Africa as we see it up close from the chest-mounted camera of referee Jerome Garcès.

This really is phenomenal footage.

The moment comes from the 50th minute of the encounter with the South Africans leading by two points with the score at 12-10.

We see some familiar faces in the green and gold as Tendai Mtawarira and Duane Vermeulen are clearly in shot as the two sides pack down for a scrum close the Springboks line.

You can really feel the immense power of the scrum with this close-quarter video as the two packs slam together. We watch as Vermeulen picks from the base only to be wrapped up by three All Black players.

All Black hero Dan Carter moves into the frame as he barks orders to his players. Watch this incredible ref cam footage below.

Here is the match footage shot at the exact same time as this clip.

It’s a really interesting comparison to make when watching the ref cam’s footage alongside the televised video. One thing’s for sure – this was a ferociously fought contest.

That’s according to a fresh slew of results released from an anonymous poll conducted among “over 100 players” from New Zealand’s five Super Rugby franchises by NZME‘s Sam Casey.

The results from the poll have offered some insight into the real opinions held by a raft of players nationwide about the state of the professional game in New Zealand.

Since Monday, results of 10 questions per day from the 40-question survey have been released by The Country Sport Breakfast, with the biggest revelation thus far being almost half of the players disagreed with Ian Foster’s appointment as head coach of the All Blacks.

That was followed by Tuesday’s discovery that showed a hefty 44 percent of players viewed All Blacks and Hurricanes hooker Dane Coles as the “biggest grub” in the New Zealand game.

Other interesting findings included Beauden Barrett was regarded as both the best player and first-five in the country, Forsyth Barr Stadium was by far the most popular ground to play at in New Zealand, and Cullen Grace was tipped to be the All Blacks’ next breakout star.