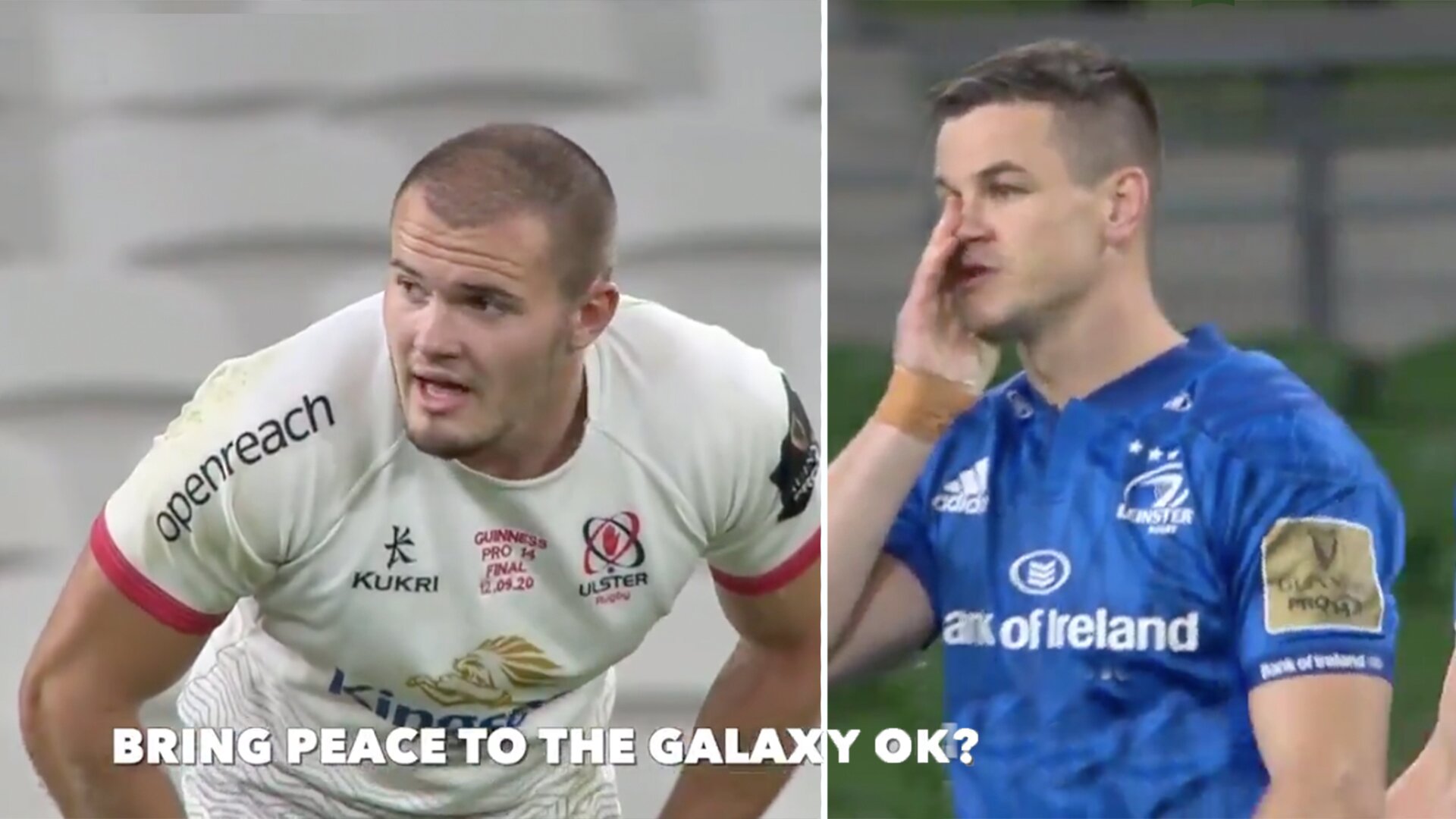 The PRO 14 have just their own ‘Bad Lip Reading’ of the final between Ulster and Leinster last weekend and it is getting some serious traction online already.

A Bad Lip Reading was a YouTube channel which was made popular by it’s cover of popular sports such as the NFL and blockbuster films such as The Hunger Games.

This is the first time that we have seen this done in rugby from what we know and fans seem to be loving it online.

Leinster dominated Ulster in the game, seeing them round off a perfect season in the PRO 14 with a big win.

Leinster lost their hold of invincibility last weekend when they narrowly lost to a Saracens team who were seen as big underdogs coming into the tie.

Last weekend Leinster powerfully stood tall as the greatest team the PRO14 had ever seem, their comfortable win over Ulster wrapping up an unprecedented third title on the bounce. But now this Champions Cup post-mortem will be brutal on so many levels for Leinster and, by extension, Irish rugby.

Many thought this Leinster team was one of, if not the greatest, club rugby team Ireland had ever seen, but after a shock loss to a weakened Saracens side, that surely can’t be the case.

This bad lip reading is obviously a nice touch to distract Irish fans from their team’s tough losses over the weekend.

The post has already been shared over 100 times in an hour.

Will the PRO 14 ever be able to compete with the likes of the Top 14 and Gallagher Prem in terms of titles, it seems a lot like SPL in Scotland at the moment, almost guaranteed one winner.