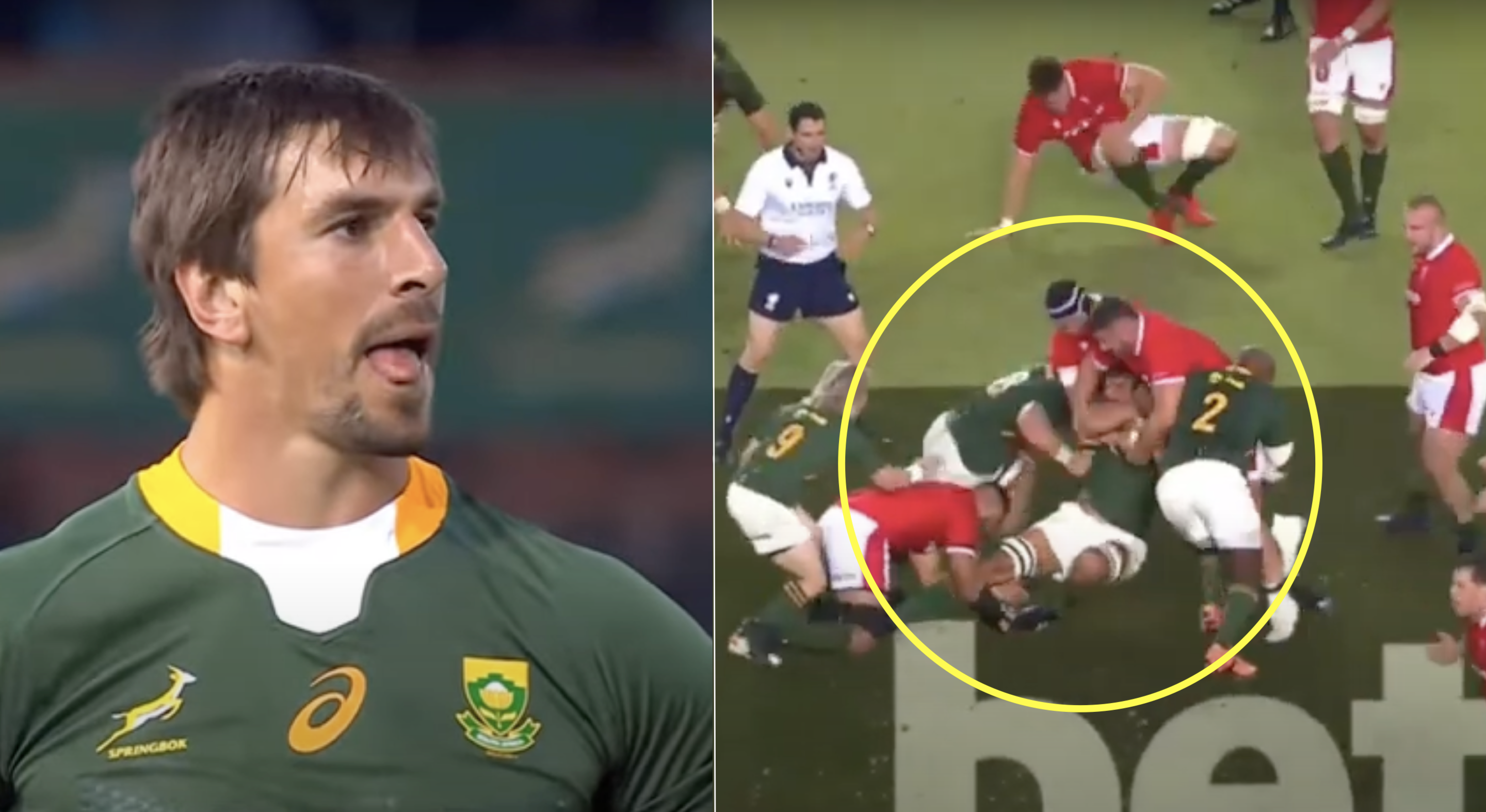 Proof Eben Etzebeth simply could not handle the Welsh physicality

South Africa did not know what had hit them in the first half against Wales last Saturday at Loftus Versfeld, as the visitors went in after 40 minutes with a 18-3 lead.

Wayne Pivac would have known that his side had to match the Springboks up front if they were going to have any chance of winning, and they certainly did in the first half, quelling the usually unstoppable Bok maul and halting their ball carriers with some brutal defence.

One player that certainly will attest to the physicality of the Welsh pack in that first half is Eben Etzebeth, who was stopped in his tracks on a number of occasions by some inspired Welsh defenders. The Bok enforcer managed 70 minutes in the match, and his side were actually losing before he left the field, although they snatched a late win at the death.

The blueprint of how to beat the Boks is to meet some of their intimidating forwards head on, and Wales managed to do that for most of the match, which is why they came so close to winning when no one gave them a chance. A video has now surfaced online of the Welsh pack taking the game to the Boks in a way that they are not used to.

Wales will have taken a lot of confidence from that first Test, and may be even more buoyant after seeing the Bok team for this week, where 14 changes were made to the starting XV. In fact, Etzebeth is the only starter that remains from the first Test, and he will want to make the Welsh pay for some of the hits he received last week.