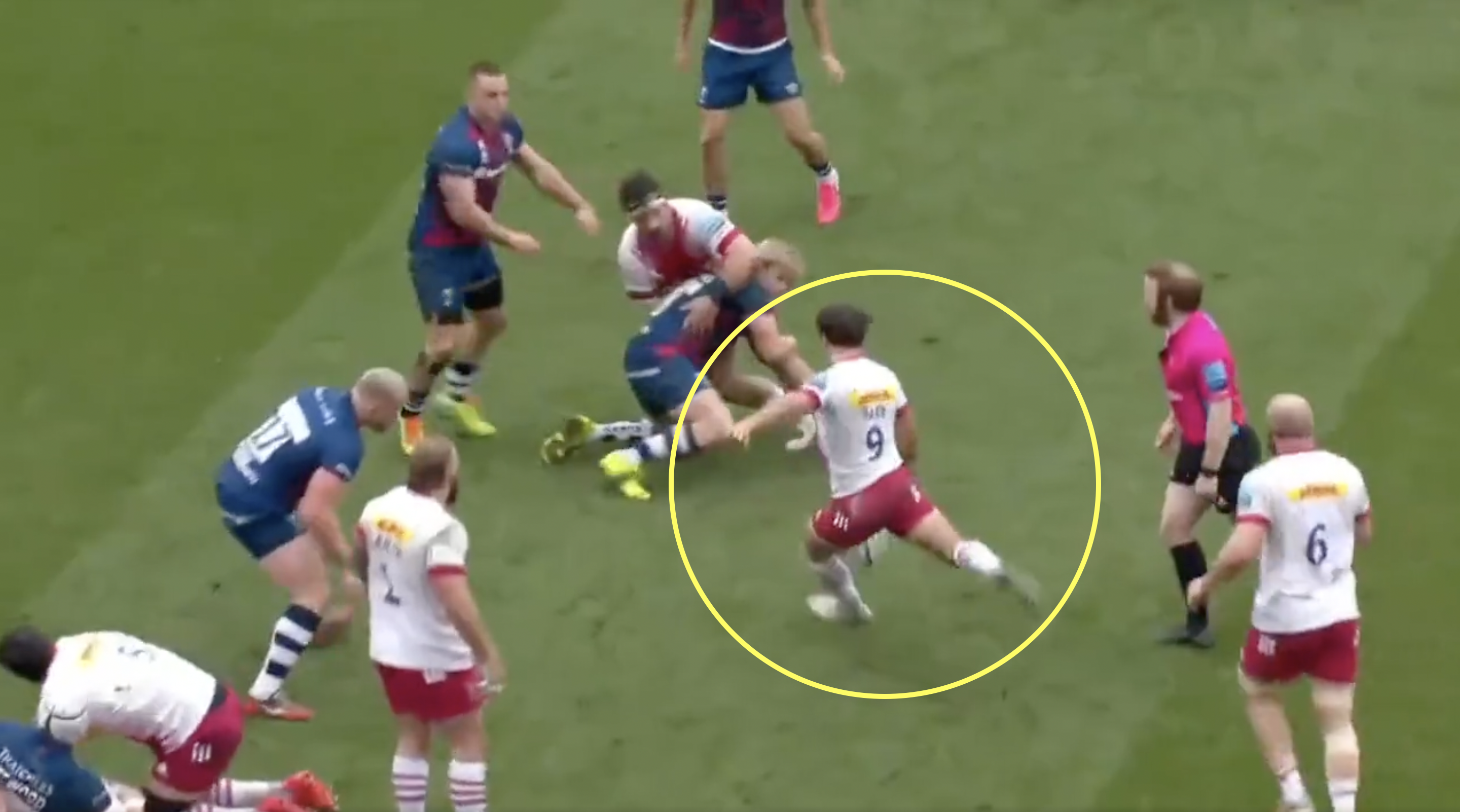 Proof former England scrum-half is years ahead of his time

Drop goals are not particularly common in rugby these days and have not been for a number of years now. They are not completely out of the game, but far less frequent than 20 years ago.

This decline in drop goals is perhaps made no clearer than the fact that from the ten players with the most goals in Test rugby history, Ronan O’Gara was the most recent to have played, and he retired in 2013. In fact, Argentina’s Nicolás Sánchez is the only active player in the top 25.

This is an unfortunate change in the game for some fans, as many feel it is an easy way to amass points. Indeed it was a major weapon for England when they won the 2003 World Cup. It may not be for the want of trying however, as both Marcus Smith and Frans Steyn attempted and failed at drop goals at Twickenham on Saturday.

One player that is still leading the way with drop goals is Harlequins’ Danny Care, who is one of the rare players that scores the three-pointers as a scrum-half. The drop goal is usually reserved for fly-halves and fullbacks from deep (which may become more common with goal line drop outs), but the 34-year-old Care has thrown away the rule book.

Care scored three drop goals during his 84-cap England career, and though he has not played Test rugby since 2018, he is still going strong with Harlequins, and knocked over a drop goal against Saracens in October. He is not exactly scoring them non-stop, but far more than any other scrum-half does, and has shown that it is such a simple way to pick up points.

Andrew Forde recently shared a montage of Care’s exploits with the drop goal, and it raises the question why more No9s are not doing the same when he makes it look so easy.

How many scrum-halves in World Rugby slot drop goals as much as Danny Care? pic.twitter.com/lOvIZJuezc