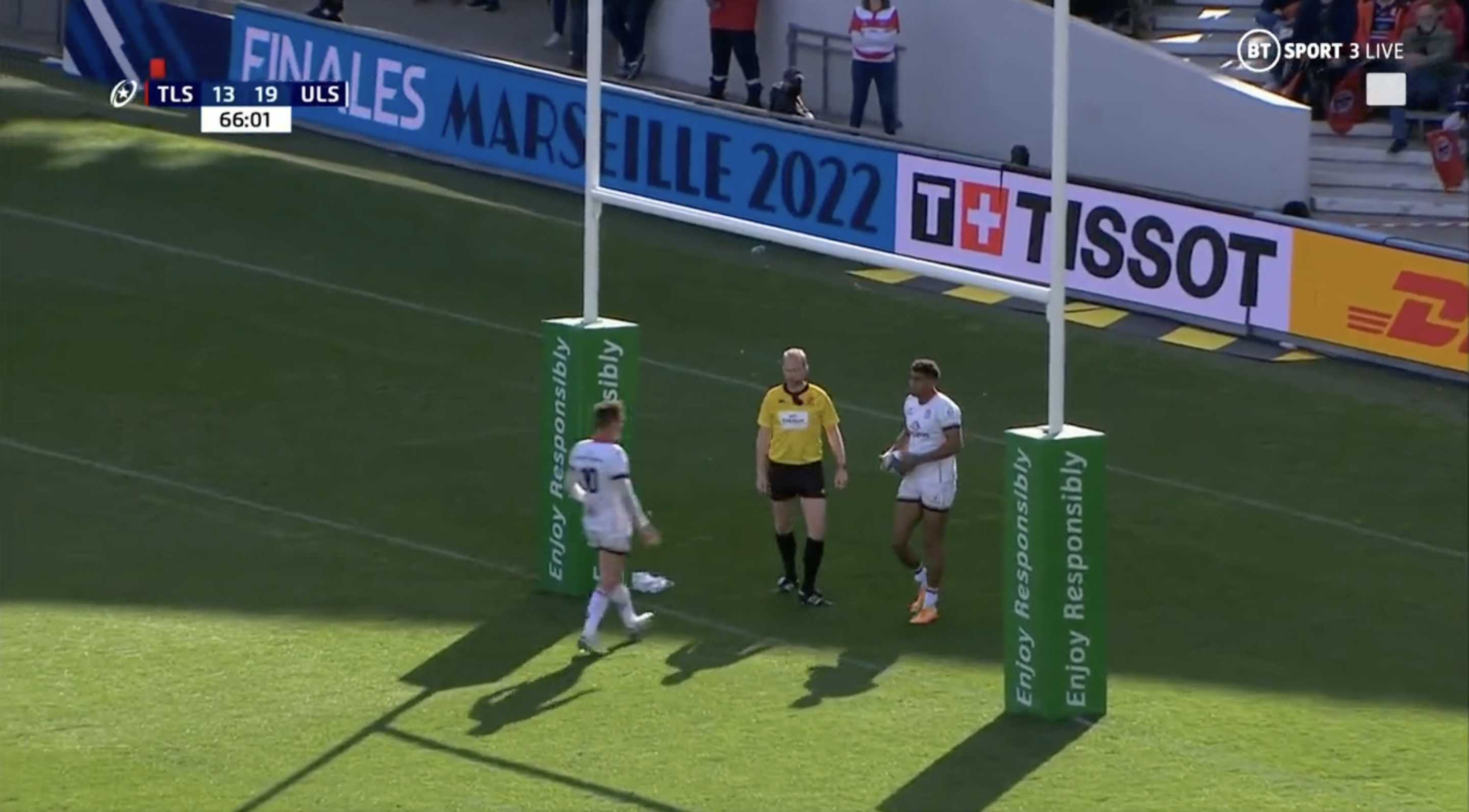 Proof that Dupont is actually human after catastrophic error

For those that are sick of the rugby world waxing lyrical about Antoine Dupont this year, the France scrum-half showed that he is not faultless today in the Heineken Champions Cup.

Playing in a Toulouse side that were down to 14 men for 70 minutes after an early red card to winger Juan Cruz Mallia, Dupont had a fairly quiet game by his usual standards, but the reigning champions were still in the game with 15 minutes remaining, trailing 19-13.

Toulouse were knocking on Ulster’s door on 66 minutes when Toulouse were in their 22, only for Dupont to produce a rare mistake. The France captain and reigning World Rugby player of the year tried to pick out Charlie Faumuina with a long pass from the ruck, but did not notice who was covering the space between him and the prop. Ulster speedster Robert Baloucoune was lurking, and as soon as the ball left Dupont’s hand he had only one thing in his sights, and that was the ball. He plucked the ball out of the air and was running in unopposed from 80 metres to not only give his side a 13 point lead, but to also bag his hat trick. His intercept was so well timed that the Toulouse team were convinced he was offside.

This was a rare mistake from Dupont, but this is perhaps what happens when you know this is only the first leg, and they still play Ulster in Belfast next week. Toulouse did fight back though with another try, and even came close to securing a miraculous win in the last play of the game, but fell short.

The final score was 26-20 to Ulster going into next week.

Take a look at the mistake: