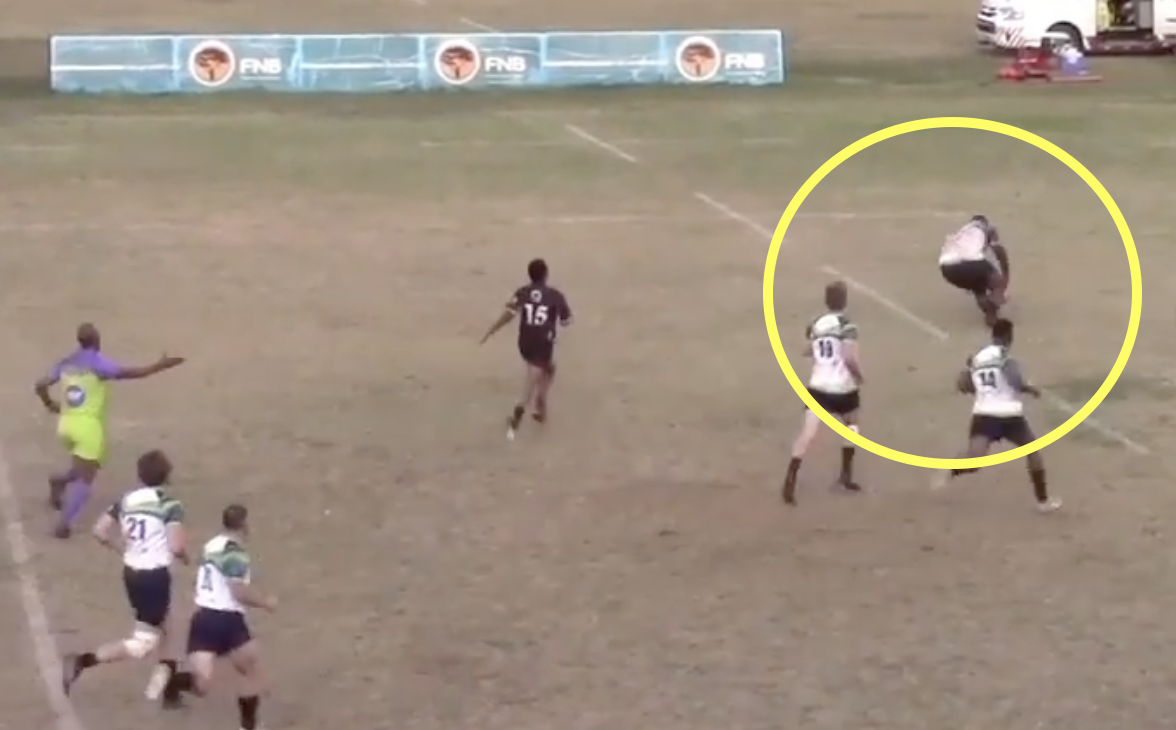 There are some moves in rugby that can only be pulled off by an elite band of players. We’re talking about the Carlos Spencers, Quade Coopers and Danny Ciprianis of the game, and now apparently a prop.

Footage has emerged this week of a match in South Africa, where a prop pulled off one of the most spectacular dummies ever seen.

The whole situation was very strange indeed, as it initially saw this prop tracking back to collect a kick into the back field while being pursued by the opposing fullback. That in itself is quite a strange sequence of events in rugby. It only got stranger from there.

After retrieving the ball, the player attempted to step the fullback while still facing his own line. With the No15 still pursuing him, and while still facing his own line, he popped the ball to his fly-half who was looping round. Or so everyone thought. This was actually just a pop to himself, but he caught the fullback out hook, line and sinker, and went on to run down field.

The fullback knew he had been caught out big time, as he simply hung his head in shame.