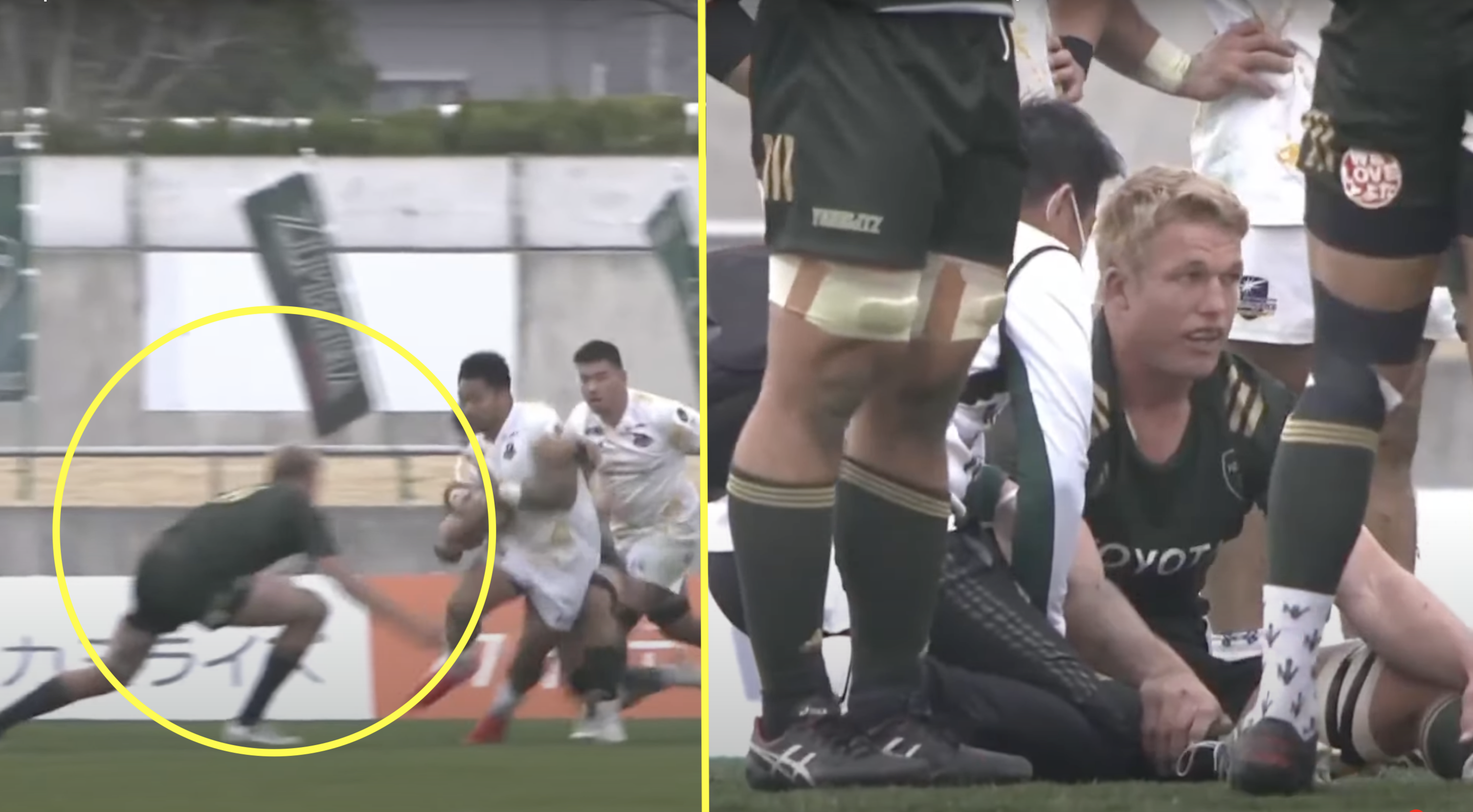 As far as unfortunate games go, Pieter-Steph du Toit’s performance against for Toyota Verblitz last month against Shining Arcs is not one he will look back upon fondly.

The former World Rugby player of the year seemed to spend most of the match at the Paloma Mizuho Stadium in Nagoya City being treated by doctors and physios.

The Springbok was left on the floor late in the game after a poorly positioned tackle on the Shining Arcs outside centre, whereby he was run through as if he was barely there. He was subbed off a few minutes later to a round of applause after a performance where he went through a lot of punishment.

This was not the only instance, however, as the 29-year-old was left sprawled on the grass 20 minutes before. After being abruptly stopped by a two man tackle in the middle of the field, du Toit suffered an almighty knock to the head while lying at the bottom of the ruck. This actually came from his winger during a pick and go, where he accidentally booted his South African teammate as he tried to take off.

This was the moment du Toit left the field:

The flanker has not played for South Africa since July after suffering a shoulder injury in the second Test against the British & Irish Lions. Since then, he has undergone surgery to his shoulder, making a return for this League One season in Japan.

It is widely being reported that du Toit’s Springboks teammate Faf de Klerk will join him in Japan next season, after it was announced the scrum-half will leave Sale Sharks at the end of the season after five years. However, du Toit and de Klerk will be rivals next year in Japan, with the latter being linked with the Canon Eagles.