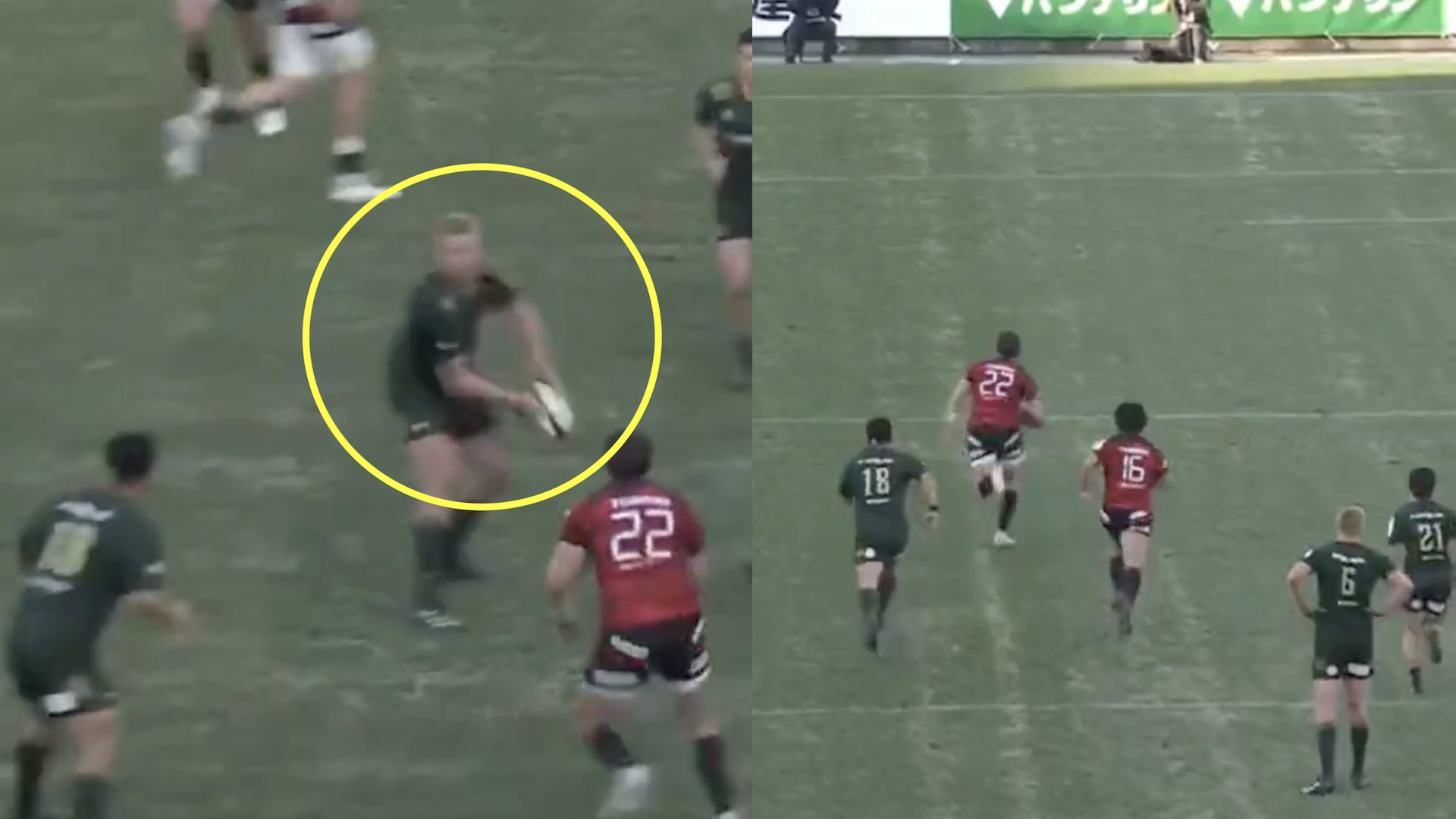 Has there ever been an easier interception in the history of rugby than Burger Odendaal’s at the weekend? Possibly, but there won’t be many.

The Northampton Saints-bound Toshiba Brave Lupus Tokyo centre would not have believed his luck when he saw Pieter-Steph du Toit shaping up to pass on Sunday. The Springboks and Toyota Verblitz flanker had clearly already decided to ship the ball away before even looking where he was passing, and in turn gave the softest, easiest pass to his compatriot who picked the ball out of the air and ran in from 40 metres.

At this point in time Toshiba Brave Lupus Tokyo were already 56-18 with five minutes remaining, but no one ever wants to throw a pass like that.

After Odendaal’s stint in Japan with Toshiba Brave Lupus Tokyo, he will head to Franklin’s Gardens for next season. Looking ahead to his move, he said: “The last couple of months have been a crazy time for my family and I, but I am very grateful and excited to have the opportunity to come to Northampton Saints,” he said.

“Having spoken to the coaches, I was really impressed by their honesty, and I enjoy the brand of rugby that Northampton plays.

“Throughout my career, I’ve maybe been seen just as someone who can act as a bit of a battering ram in the midfield, but I believe there is a lot more to my game than just taking the ball into contact – I like attacking to space and playing attacking rugby, so it’s exciting for me to join a team like Saints who play in that style already.

“We were just getting used to life in the UK when everything happened with Wasps, and the Premiership from what I experienced so far is a competition filled with great teams, so I’m really looking forward to returning and testing myself in English rugby once again.”