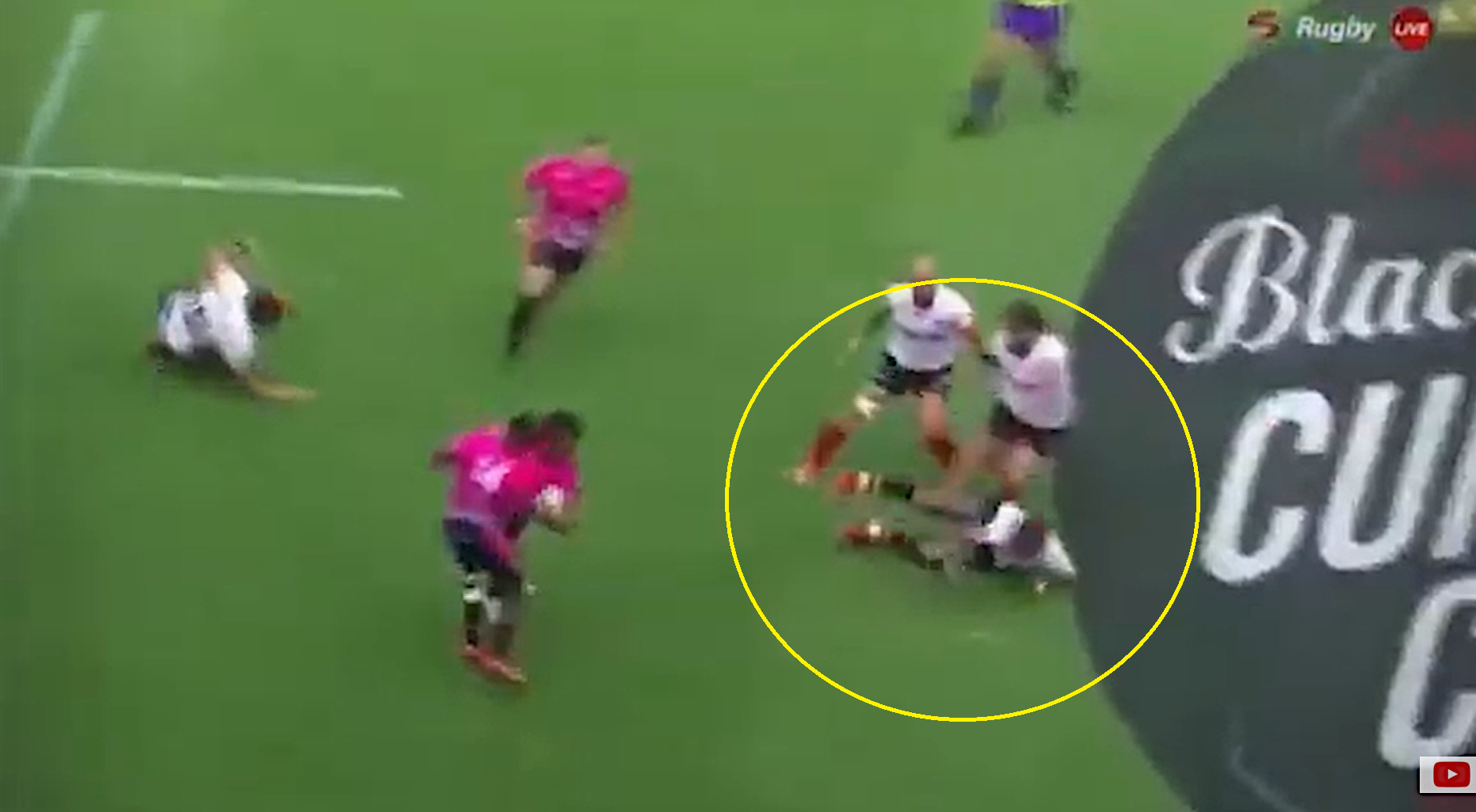 Pumas No.8 knocks Blommetjies into different timezone with fend

Pumas No.8 Willie Engelbrecht thrown Clayton Blommetjies into a different dimension in the Currie Cup with a fend from hell.

The best thing about the clip is brilliant commentary though.

The Toyota Cheetahs continued their perfect start to the competition with a 28-17 victory over the Airlink Pumas in Nelspruit on Saturday afternoon, with the visitors winning the try-count 3-1 in a scrappy affair to make it three from three.

Humidity ruled out an enterprising encounter, with the visitors in particular guilty of coughing up the ball on several occasions. That said, both coaches would have been disappointed by their charges’ sub-standard performances.

Hawies Fourie’s men shot themselves in the foot with basic errors and indiscipline, conceding 11 penalties in the first half alone, which saw Eddie Fouché kick four penalty goals to cut the Toyota Cheetahs’ lead to 15-12 at half-time.

The Lowvelders had ascendency in the set pieces but lacked strike power, eventually scoring through Eduan Swart. They were also unable to stop the Toyota Cheetahs’ driving maul, which earned the visitors two of their three tries.