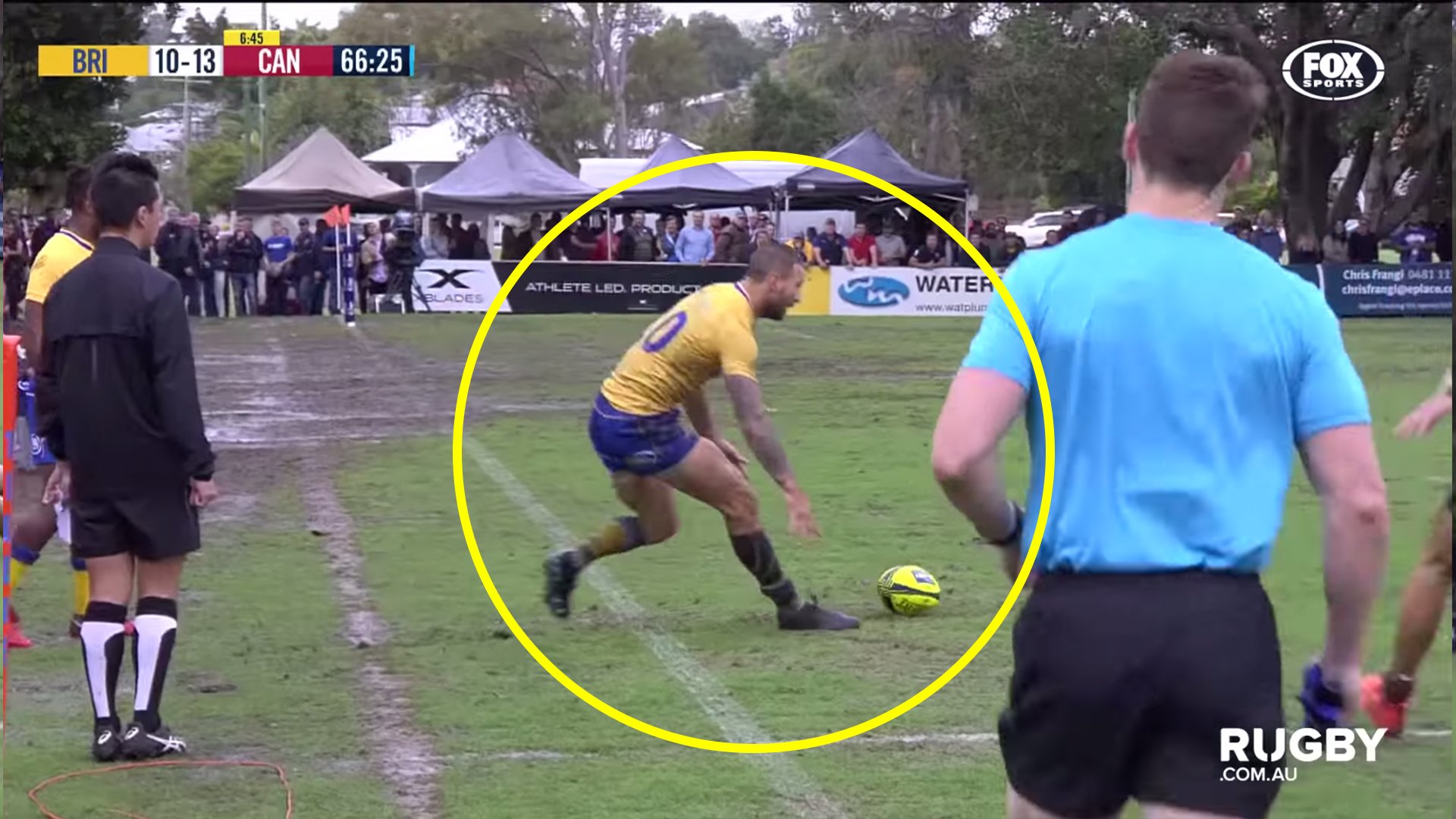 Quade Cooper is one of the most exciting rugby players to watch on the planet. There is no debating that. When Quade Cooper played semi pro for a while in 2018, it was brilliant to watch.

Back in 2018 there was a brief stint where he played for Brisbane City in the Queensland Premier.

This was during the period when he fell out of favour with the then Reds coach Brad Thorn.

It meant that he was playing at a level that was way below him, the results were brilliant to see.

There is one clip in particular which stans out from the rest which shows his full array of skills on show as he dances around a defender, keeps the ball in play and then to top it all off throws an outrageous behind the back pass!

Melbourne Rebels star first-five Quade Cooper has revealed the toll Super Rugby has had on him both mentally and physically after returning to the competition from a one-year hiatus.

Cooper was omitted from the Queensland Reds just three days into new head coach Brad Thorn’s tenure at the end of 2017, and spent the entire 2018 season playing club rugby in Brisbane.

Now apart from the Rebels set-up, the 31-year-old has played more minutes than anyone of his Melbourne teammates in that year.

“I was feeling it — my body was pretty wrecked and mentally I was pretty fried,” Cooper told Fox Sports ahead of his reunion with the Reds in Melbourne this weekend.

“Coming off a club footy season into eight straight games — the physicality and the intensity each week was a big step up.

“That bye was great to have for all of us, but more for me — I feel very much refreshed.”

“It was a difficult game and we’re very hard on ourselves so we’ve approached training this week as anyone probably would and have busted our backsides,” he said. Quade cooper semi pro rugby.

“I always am hard on myself and I’ll do what I can to put in a good performance for the team, as it’s a big game for us.”