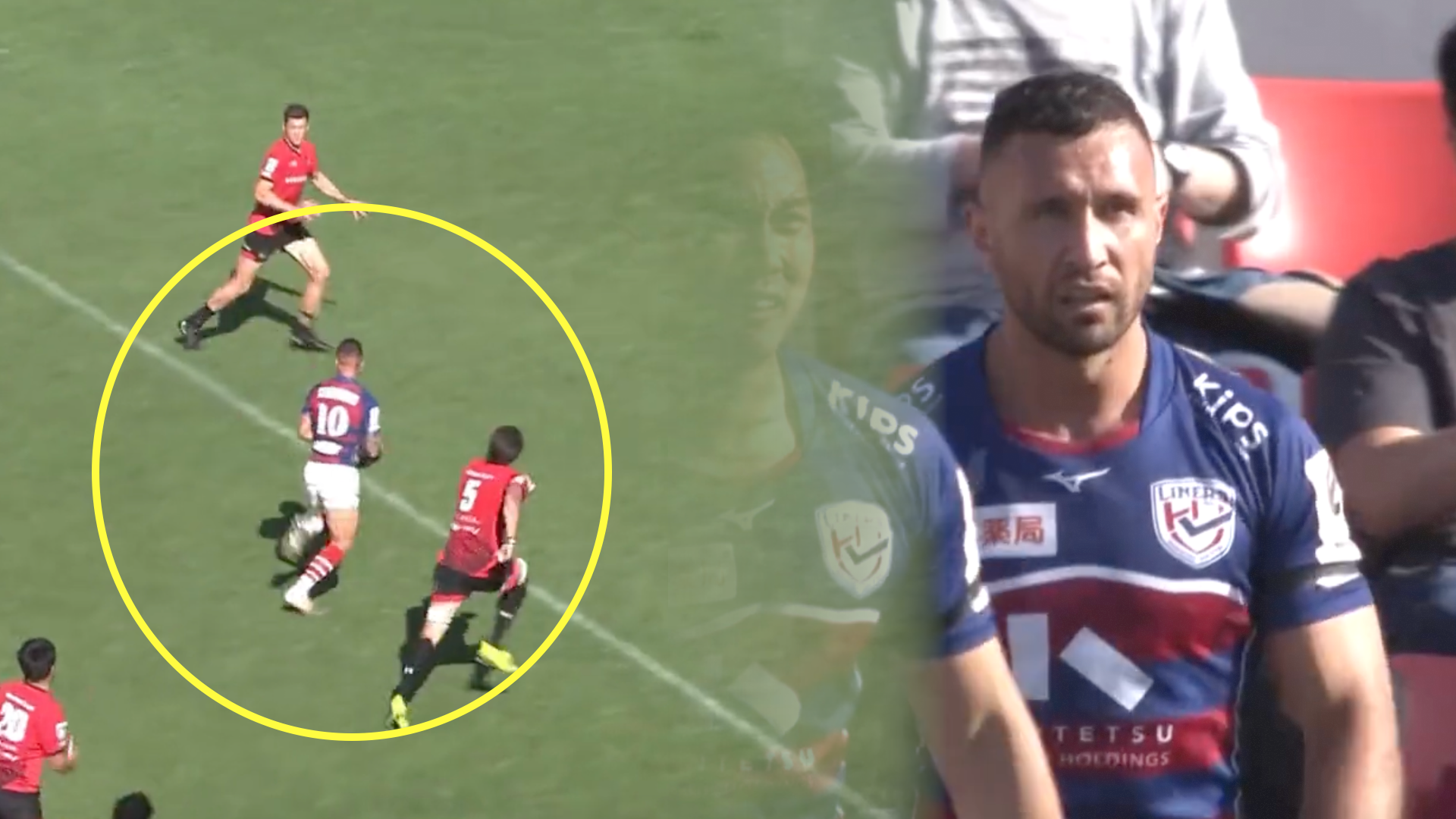 Quade Cooper might have produced his best assist yet

It may be a very bold call, but Quade Cooper has produced possibly his best assist of his entire career on Saturday.

Playing for his side Hanazono Kintetsu Liners against Mie Honda Heat, the Wallaby made a break through the middle of the field with only his winger Ryo Kataoka as a viable option a whole half a pitch away. For most players in the world, that would render the winger out of the question, however, for Cooper it simply meant it required slightly more ingenuity than usual.

Running at full tilt, Cooper produced an inside of the foot kick which bounced perfectly for his winger to run onto and score in what was a comprehensive 47-17 win for his side.

It might be a stretch to say that that was his best ever assist, but it is certainly up there as a kick like that is seldom seen in the game.

The Wallabies will be hoping he brings that sort of game to the upcoming series with England in July, where Cooper is expected to make Dave Rennie’s squad again.