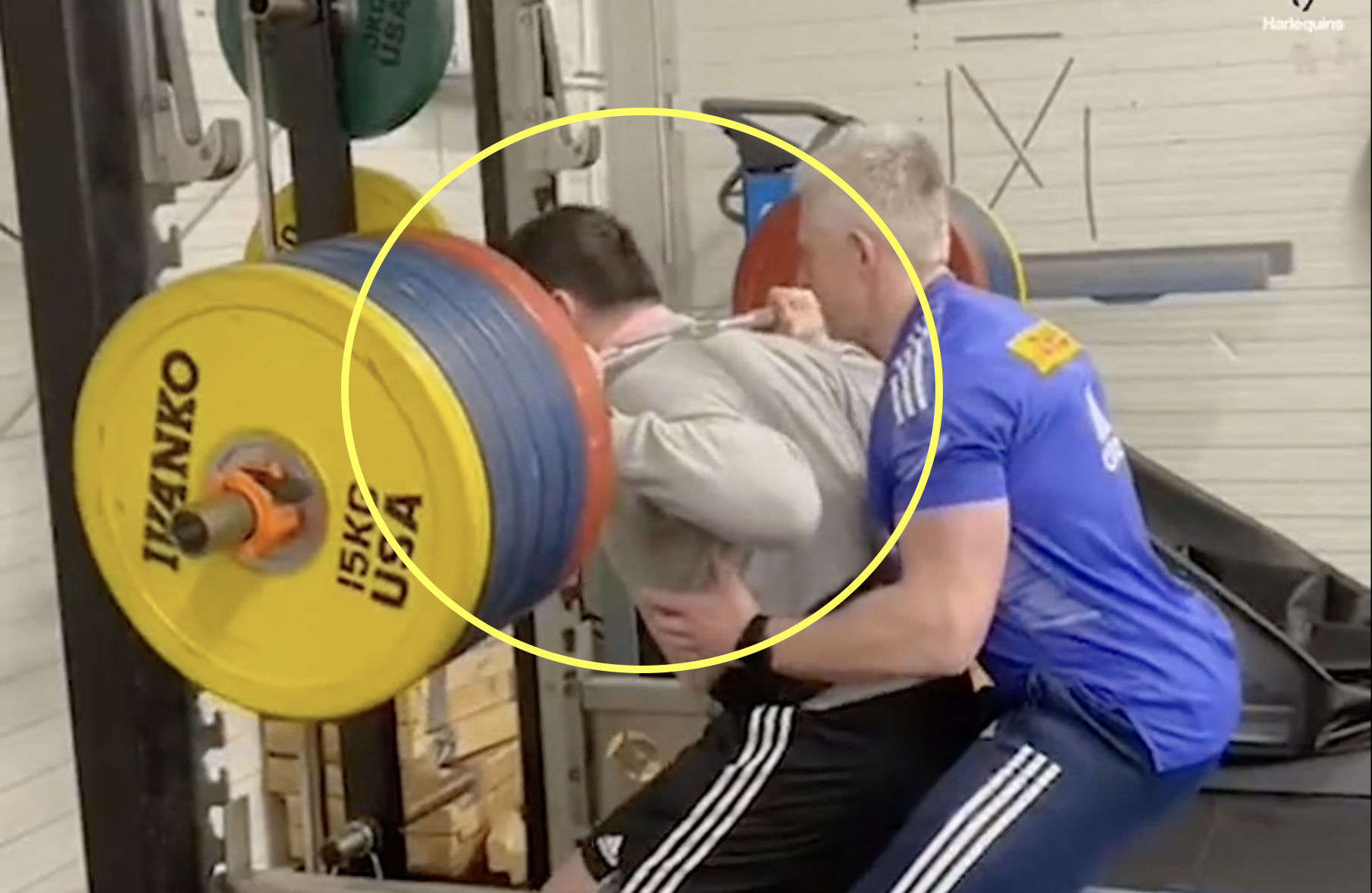 Harlequins tighthead Will Collier took advantage of being rested against Castres this past weekend in the Heineken Champions Cup by visiting the squat rack.

The 30-year-old has been filmed crushing a 260kg squat over the weekend, perhaps in celebration of Quins’ 36-33 win at the Stoop on Friday, where his teammate Alex Dombrandt’s last gasp try secured another comeback win while also sealing the No8’s hat trick.

After finishing second in Pool B of the Champions Cup, Quins have been drawn with the bruising pack of Montpellier in the round of 16, in which Collier and his teammates will need every fibre of their strength up front. Perhaps a number of his teammates will also join him at the squat rack in the coming weeks to prepare for their clash in April.

Take a look at the squat:

Following the victory, Dombrandt, who also captained Quins against the French outfit, praised his side’s resilience.

He told BT Sport: “We showed great resilience and we just stay in the fight. We know with the quality that we’ve got and that resilience that we can win these games.

“We were just trying to stay as calm as possible really. Just one or two messages and go and focus on that next job, and we did that really well.