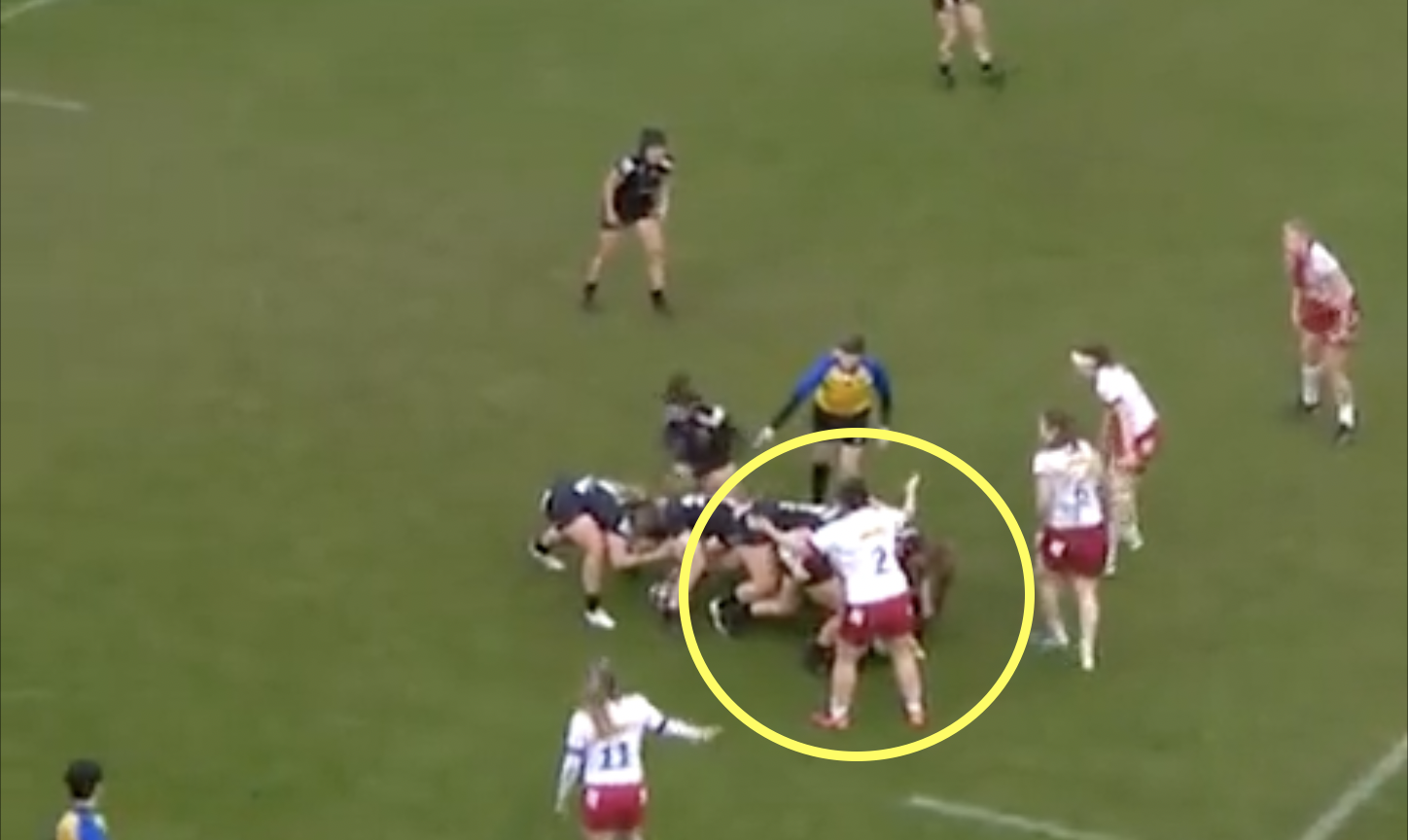 If rugby fans were asked what their biggest gripe in the game is currently, the caterpillar ruck would find itself at the top of most lists.

The thing that perhaps annoys fans the most is that caterpillar rucks could be easily expunged from the game if the five second rule at the back of the ruck was enforced by referees. Instead, teams are often afforded far more than five seconds once the ball is playable to allow the scrum-half to design a train of forwards to protrude from the ruck.

Fortunately, Harlequins and England Women’s hooker Amy Cokayne took matters into her own hands against Exeter Chiefs on Sunday. The 25-year-old took it upon herself to count to five once the referee had shouted his ‘use it call’. This, however, may not have evoked the reaction she would have wanted, as the referee actually shouted “Amy stop counting!”

This video made its way onto social media, where Cokayne voiced the problem that many in the game seem to have. She wrote on Twitter: “This wasn’t the first time in the game hence the counting, but how long does she take after the use it call? A lot more than the law allows!!”

With this said, Jared Wright shared on Twitter an instance over the weekend where the five second rule was actually enforced. Referee Andrew Brace pinged Bristol Bears hooker Harry Randall on Saturday, and awarded a scrum to their opponents Stade Francais. Brace makes this rule look so easy to enforce solely because it is so easy to enforce, and hopefully other referees take a leaf out of his book.

Andrew Brace pinged Harry Randall for this on Saturday.

Many are calling for the banning of the caterpillar ruck but just enforcing the 5-second rule will fix this. https://t.co/qf4MpU4Cld pic.twitter.com/viysZ8Bo6l

In the meantime, Cokayne’s tactic of counting the five seconds may become more and more common as a way to pressurise referees, speed up the game and of course end the caterpillar.