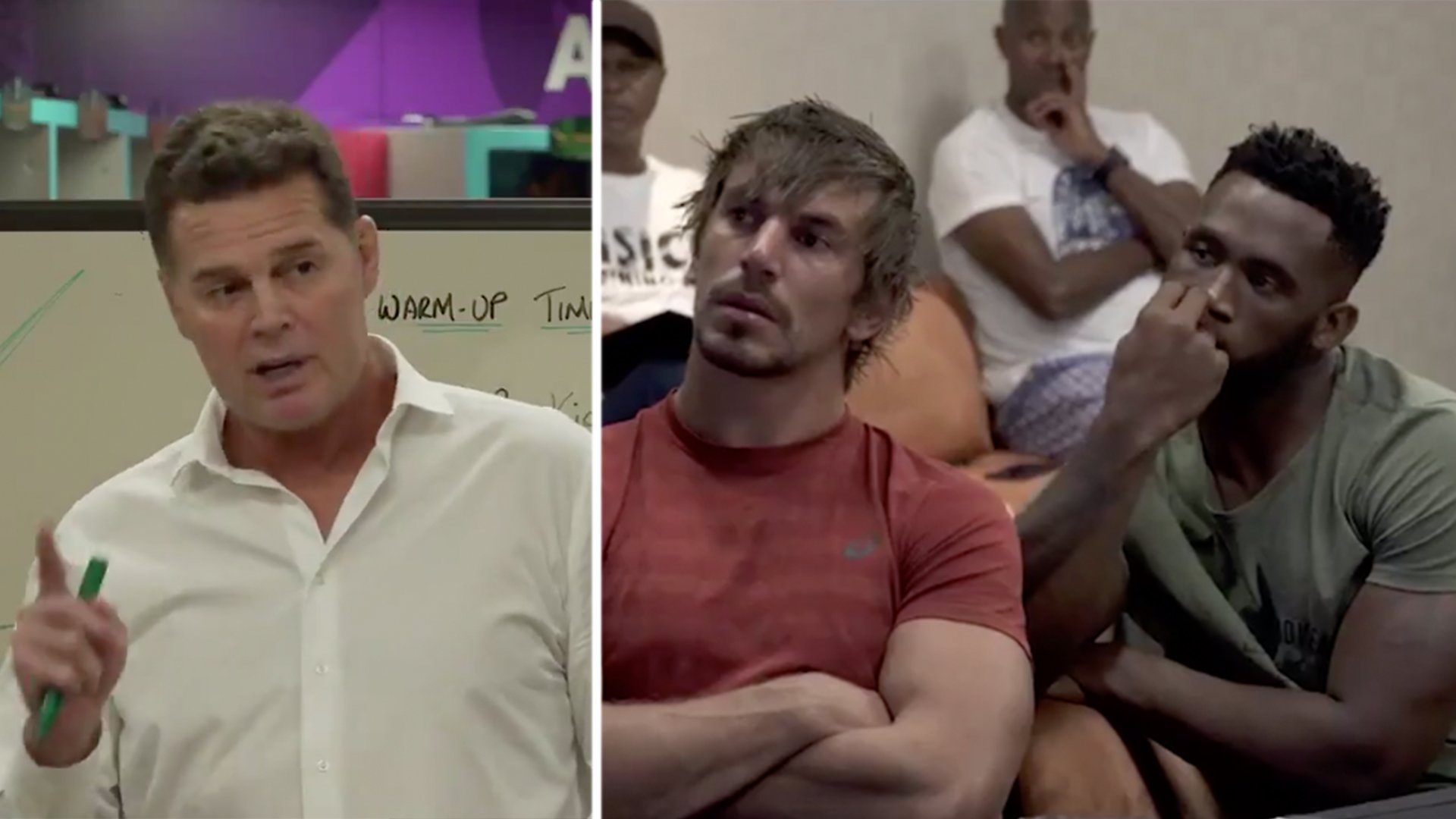 South African director of Rugby Rassie Erasmus appears to have posted a video revealing the team talk that he gave to the South African team before the Rugby World Cup final.

Erasmus was spotted at Murrayfield on Saturday which fuelled speculation that he may be leaving his current role in South Africa.

However, the South African leader appears to have made a Twitter account specifically to address the rumours surrounding his future at the club.

The video was captioned saying, “Not Sure I would know what to say to any other team before a W Cup Final. Not Happening !!!”, implying that he wouldn’t be able to coach another team apart from the Springboks!

Here is the first video of two that he posted on his new account.

We get to see the incredible team talk that he gave to the Springboks before his team took on England in the 2019 World Cup final.

Here is the first video… What a team talk!

Not Sure I would know what to say to any other team before a W Cup Final. Not Happening !!! pic.twitter.com/eCyiMQDRkc

And here is the second video which he posted underneath, you can see Siya Kolisi and Eben Etzebeth listening intently to the coaching and advice that Erasmus was giving!

New at this so appologise for poor editing but yes !! This is us/me pic.twitter.com/KGNsQPLNCA

It looks like his future will be in South Africa!

The Rugby Football Union denies holding talks with Rassie Erasmus over the possibility of him succeeding Eddie Jones as England head coach.

A report in a South African newspaper states that Twickenham is exploring the option of recruiting Erasmus, the mastermind of the Springboks’ World Cup triumph last autumn.

The 47-year-old was present at Murrayfield on Saturday as England overcame Scotland 13-6 in the Guinness Six Nations, relieving pressure on Jones in the wake of successive and comprehensive defeats.

The first of those was to Erasmus’ South Africa in the World Cup final, when England were crushed 32-12 a week after overwhelming New Zealand.