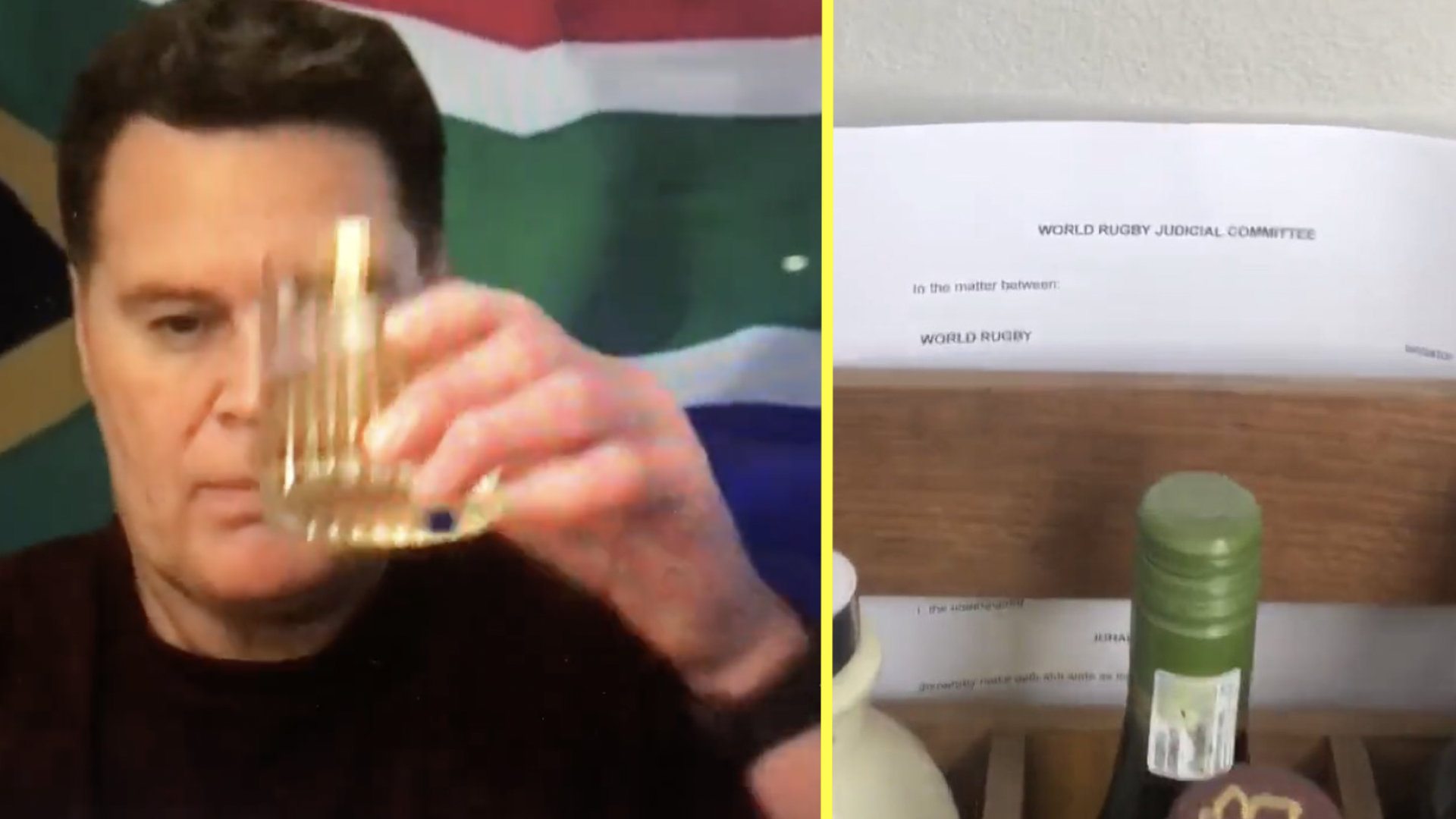 South Africa director of rugby Rassie Erasmus seems hell-bent on getting his recent ban extended, as he has decided to openly mock World Rugby in his latest video on social media.

So far, followers of his on Twitter have been able to enjoy videos of him drinking various alcoholic beverages and playing with his dog, however, this time he was slightly less oblique with his mockery of World Rugby.

The video sees Erasmus give a tour or a house that is loaded with meat and enough alcohol to open a pub. As Erasmus walks around the room and his friend pours himself a glass of beer, he passes comments such as “Day 29 of the 60 day ban,” “every day is like a Friday,” “it’s a terrible ban, eh?” and “we’ll handle every day as a Friday, because it’s a ban. We’ll enjoy it and work hard on our discipline and get it right.”

For someone who was banned in the first place for producing a 62 minute video pinpointing the refereeing errors in the first Test between South Africa and the British & Irish Lions this year, being direct has been Erasmus’ modus operandi, but in case anyone does not pick it up, his commentary in this clip might have a tinge of sarcasm to it.

However, as Erasmus spans over South Africa’s entire supply of booze on his counter he delivers the the coup de grace, zooming in on a document that says ‘World Rugby Judicial Committee’ on it. The South African has made it quite clear that he is enjoying his time off at the moment, but he has not yet decided to bring World Rugby into it until now. This latest video could well be the first of many where he tries to antagonise as many people as possible.

Take a look at his video:

Day 29 of the 60 Days! Starting to feel really positive that and this was a very good decision ! pic.twitter.com/vXEijmPlAD