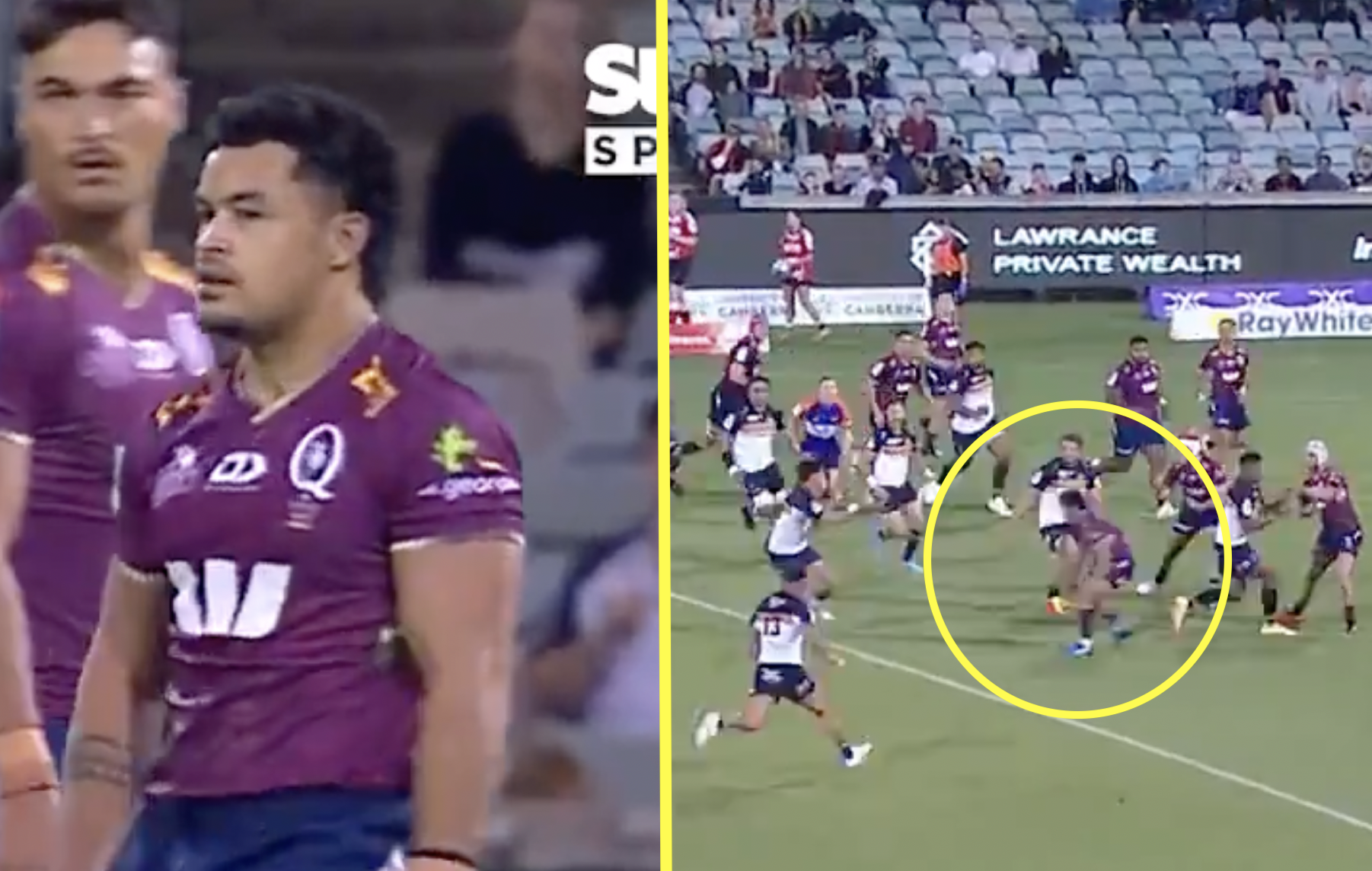 Reds and Wallabies centre Hunter Paisami can tackle, if anyone needed a reminder. One player that would not have needed that reminder before facing him on Friday was Brumbies fly-half and Wallabies teammate Noah Lolesio, and he certainly won’t need a reminder after.

Lolesio was on the end of a set move from a maul in the first half at the GIO Stadium, where he would receive a pass from prop James Slipper. Unfortunately for him, his 15-cap Wallabies teammate Paisami read it like a book… and not a good one. The 23-year-old flew out of the line with Lolesio’s ribs in his crosshairs. You won’t see a bigger hit than that all season.

This was a hit befitting Australia’s biggest Super Rugby rivalry at this moment in time, with the Brumbies winning Super Rugby AU in 2020 and the Reds winning it the year later. Brumbies captain Allan Alaalatoa talked about this rivalry going into the match.

“It’s been built over the last couple of years … we’ve got some of the best players going head to head so I think that’s awesome,” Alaalatoa said.

“When you get the chance to think about it it still hurts a little bit (t he Super Rugby AU final loss).

“We’ve got to nail our detail, channel that emotion and make sure we’re 100 per cent clear on what we’re going to do.”

On a personal level, Alaalatoa discussed the battle with fellow Wallabies tighthead Taniela Tupou going into the match.

“He’s their powerhouse; someone that when he wants to turn it on, can really put pressure on,” he said.

“They’ll probably look to Nella to drive them so we need to do everything we can to stop him and guys like Harry Wilson and Jordy Petaia, just to name a few.”

The Brumbies came away 16-12 winners.