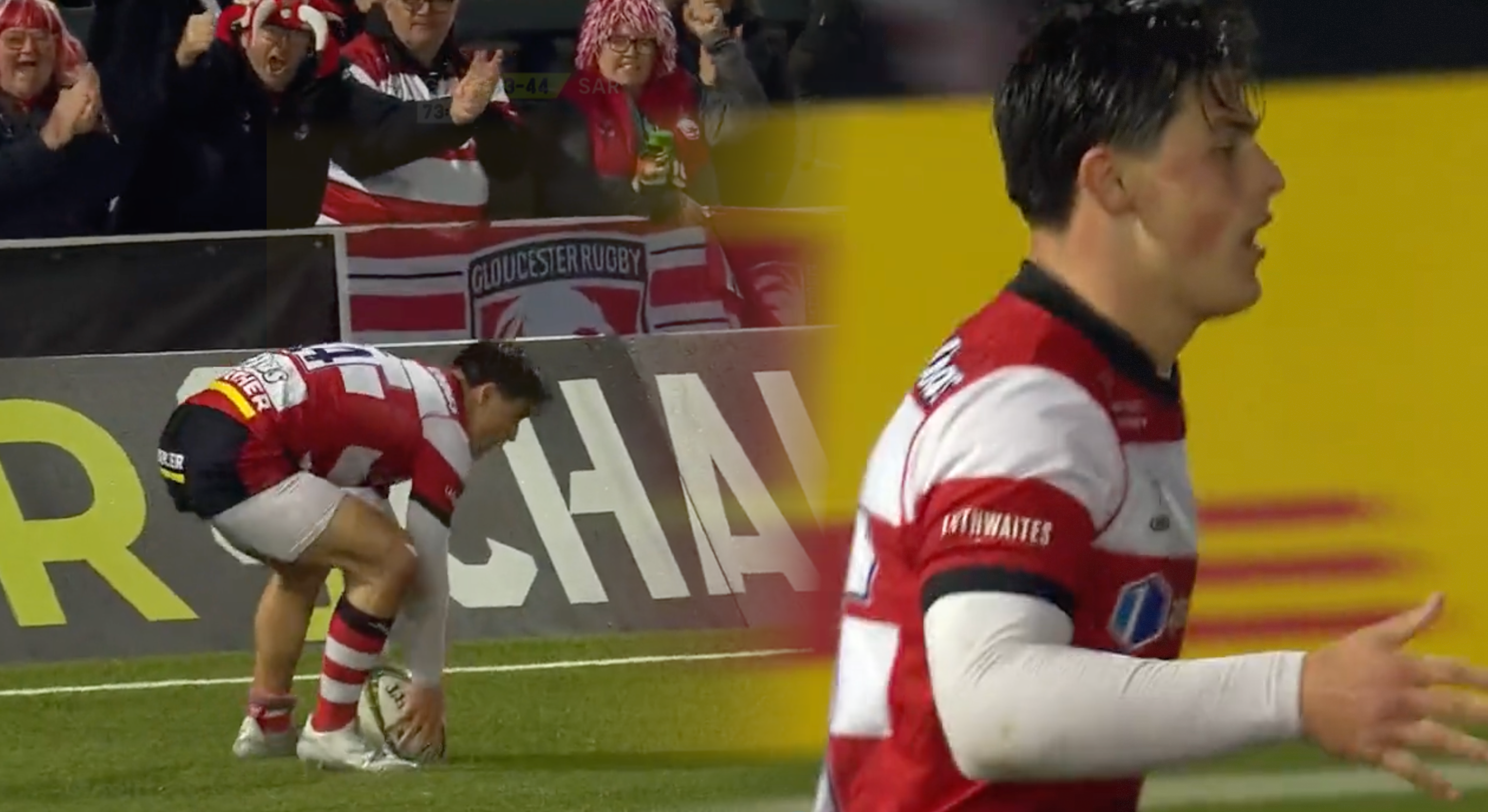 “Fourth touch, one try from nothing,” were the words of commentator Austin Healey yesterday when Gloucester winger Louis Rees-Zammit scored against Saracens.

The Wales winger scored a consolation try yesterday at Kingsholm in the Challenge Cup with the visitors already 44-8 ahead, but as far as consolation tries go, it was pretty special indeed.

Catching the ball in his own 22 on 74 minutes, the 21-year-old winger chipped over the defensive line spearheaded by England captain Owen Farrell. After regathering, he still had a lot of work to do, but evaded the clutches of Duncan Taylor, then stepped fullback Alex Goode, leaving him 40 metres of free space. With 40 metres, there is maybe no player on Earth that would be able to stop him.

However, the coup de grace came after the had dotted the ball down. The 2021 British & Irish Lion tourist walked past Farrell, looked him in the eyes and produced a grin on his face that would have left the fly-half in an apoplectic rage.

Farrell ultimately had the last laugh with his side coming out 44-15 victors, but there is no doubt Farrell would not have enjoyed the Welshman running rings around his side like he did.

This was just the latest in a series of incredible tries Rees-Zammit has scored in recent weeks, as he looks to be in the form of his career so far.

Gloucester head coach George Skivington said after the match: “The boys learnt some massive lessons out there tonight, but Saracens have done this 50 times or more before, so it was no surprise.

“There was lots of good stuff from us in terms of effort, but our ill-discipline was the key issue.

“We gave away too many simple penalties, especially early in the second half, which made it too easy for them.

“Our line-out was also a problem as they rattled us and got in our faces.”