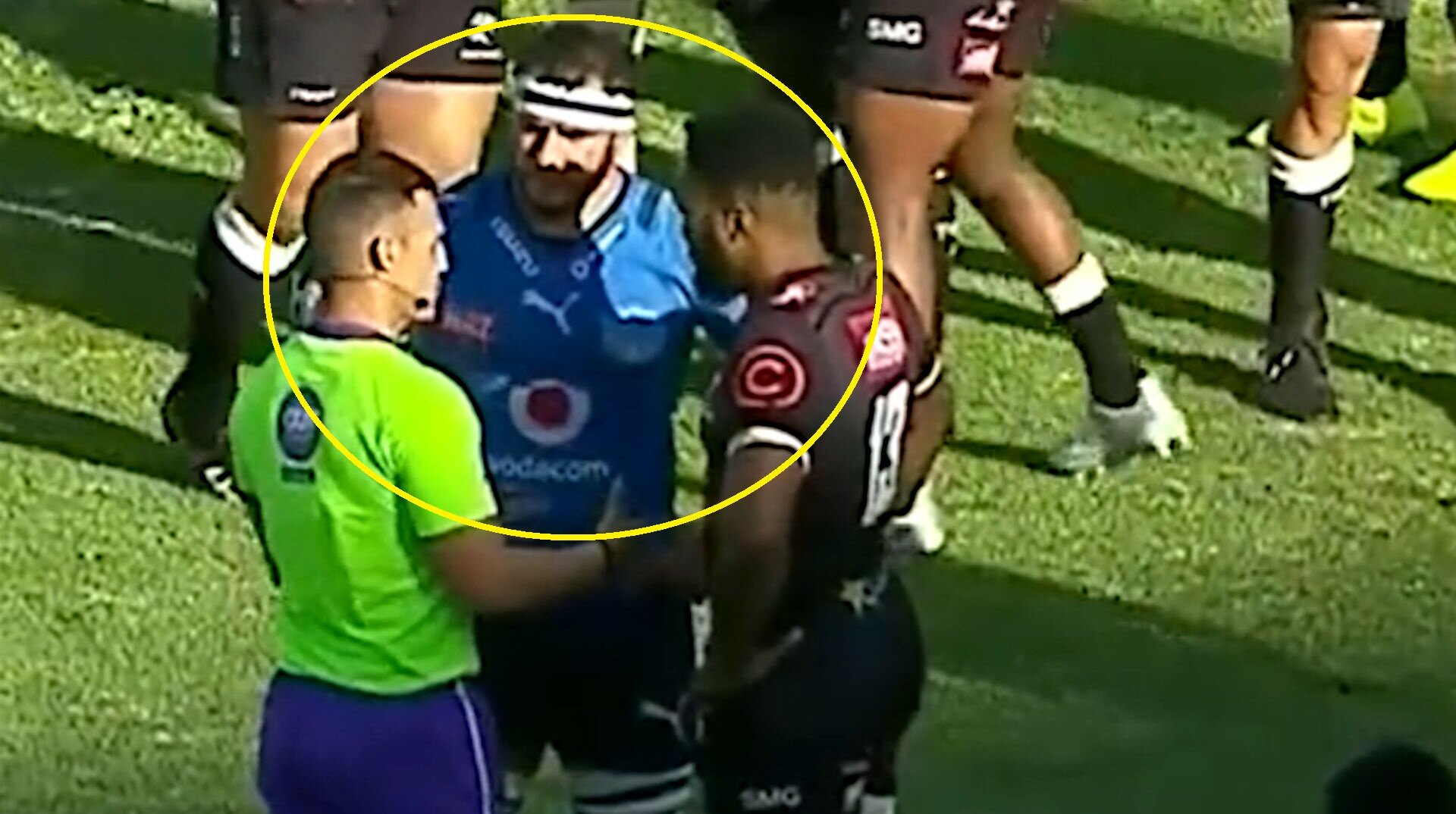 Referee Adam Jones had to lay down the law as the South African players misbehave appallingly in the URC.

The Sharks and Bulls were fighting for national dominance (they haven’t a hope against European teams) when the awful behaviour began.

“The one that starts it, that’s who we are going to deal with.”

Sad that it came to this. What a poor example for young children that might be watching.

David Kriel started at fullback for the Vodacom Bulls. Cell C Sharks made three changes to last week’s side, giving Gerbrandt Grobler a start in the second row with fellow lock Ruben van Heerden playing off the bench.