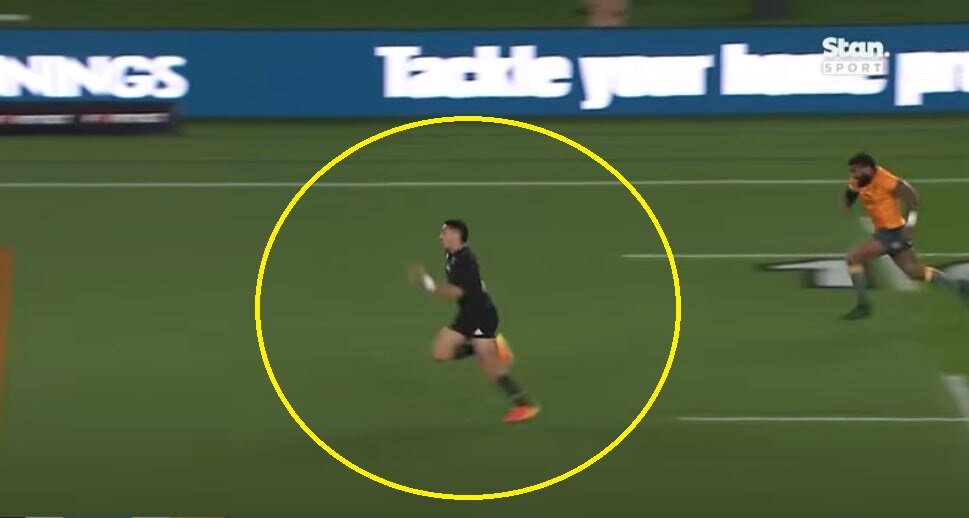 Replay shows how much faster Marika Koroibete is than Rieko Ioane

Look how much ground Wallabies winger Marika Koroibete makes up on All Black centre Rieko Ioane in Bledisloe 2.

Ioane has a running start on Koroibete, who is facing the forward and the gap when they start is about 10 metres.

By the time they get to the try line, Koroibete is about two metres behind him. Ioane is fast, yes, but Koroibete is just on another level to the New Zealander. Ioane is probably an 11.1-second man for the 100 metres, which is very fast, but Koroibete is clocked at 10.7. Real speed and it makes a big difference on a rugby pitch in these sorts of situations.

Sadly, the Wallabies have gone down to the New Zealand 57-22 at Eden Park in the second Bledisloe of the 2021 Series.

The Wallabies and All Blacks will now travel to Perth for the third and final Bledisloe Cup Test at Optus Stadium on Saturday 28 August.