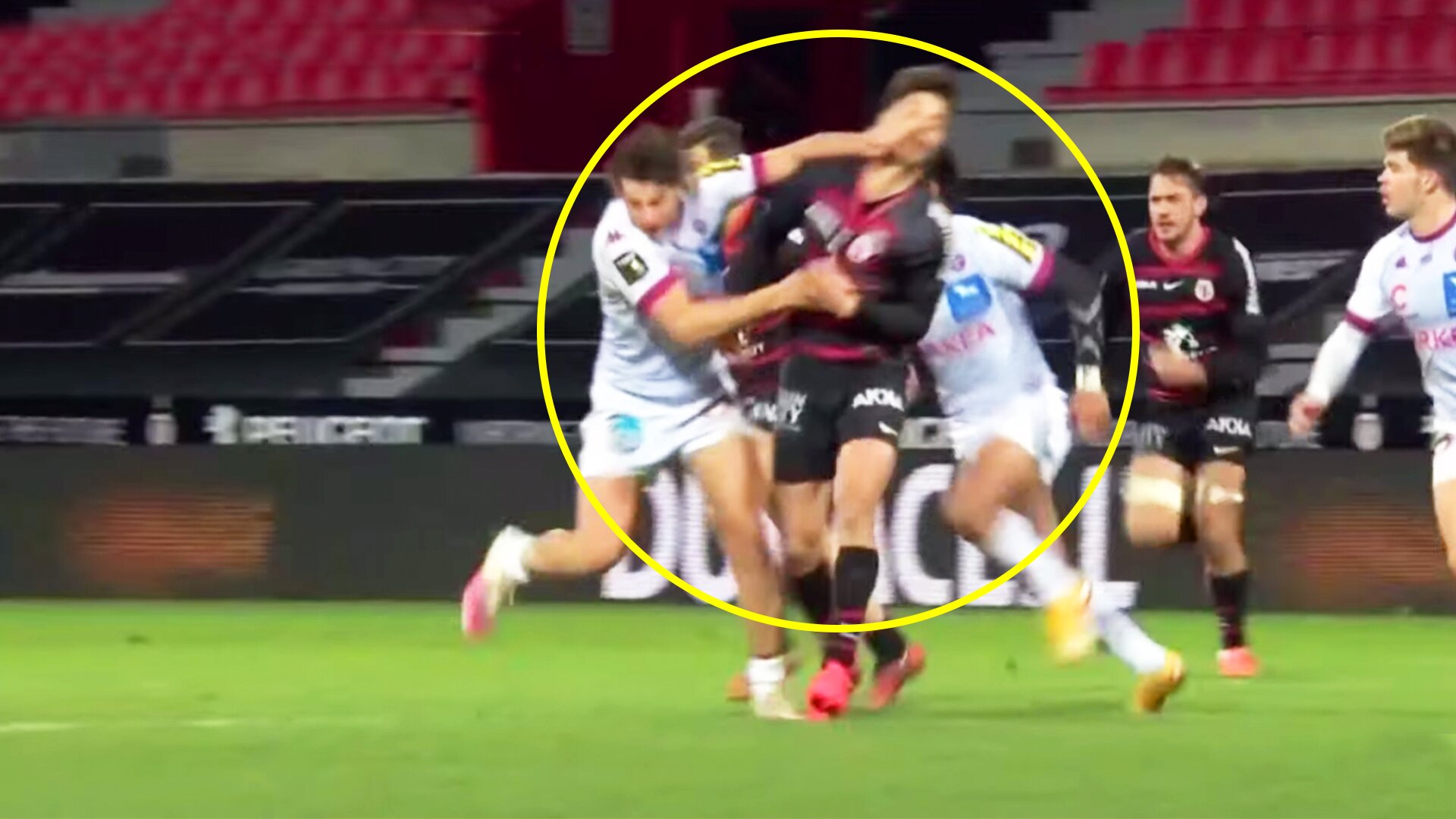 The Toulouse fly-half is a major doubt for the Six Nations opener for France after suffering the nasty facial injury in his side’s clash against Bordeaux on the weekend.

This is a hammer blow to Fabien Galthie and his coaching set-up ahead of the tournament after the 21-year-old had been one of the standout players on the international scene this year for a rejuvenated Les Bleus side.

Ntamack will now undergo surgery on the jaw break after suffering the double jaw fracture against Bordeaux.

With this he is almost certain to miss Toulouse’s clashes with Exeter Chiefs and Ulster later this month. There are even greater concerns now with the French star now being a major doubt for the Six Nations opener against Italy in Rome on February 6th.

Here is the incident that shocked fans from the Top 14 clash this weekend.

The 21-year-old revealed the extend of his injuries on his social media with this tweet to his followers.

The tweet from Ntamack translates to this in English.

“Following a shock to the jaw which occurred in the first half of the match between @StadeToulousain and @UBBrugby, the examinations show a double fracture of the jaw. I will have to undergo an operation and be away from the field for a few weeks”

The revealing tweet in fact reveals that Ntamack suffered the double fracture in the first half of the Top 14 clash and played on for around 40 minutes after sustaining the injury.

So it would appear that the video above was not the cause of the 21-year-old’s double fracture but there’s no doubt that it wouldn’t have helped the injury suffered by the French star.