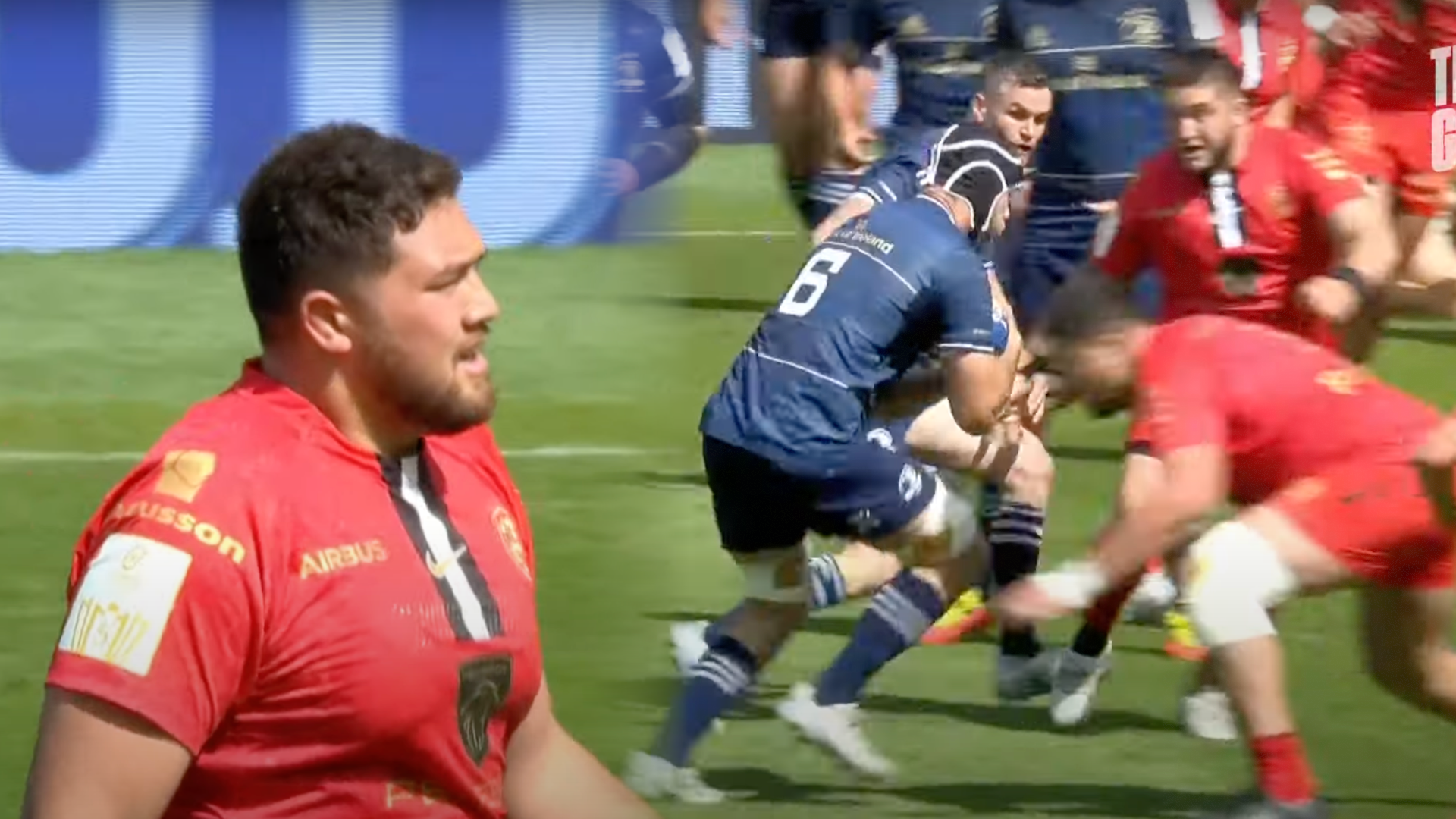 It seemed like every Heineken Champions Cup game he played in this season, Toulouse’s Emmanuel Meafou made his mark. And by that, we mean he absolutely pulverised someone.

Last week it was Conor Murray that was on the receiving end of one of the 23-year-old’s hits in the quarter final of the Heineken Champions Cup, and the lock went bigger against Leinster in the semi final. Instead of flattening a scrum-half, he chose flanker Caelan Doris this time, but was equally as devastating.

This was the hit on Murray last week:

After reading Jonathan Sexton’s short pass to Doris, Meafou was able to line up the No6 perfectly and was able to launch all his weight into the hit. That is a 145kg man throwing himself into another 106kg man running at near full pelt. The initial impact was huge, then Meafou was able to drive him back as well.

To be fair to Doris though, he took the hit well and was able to immediately recycle the ball. One of the most incredible things about Leinster’s play at the moment is the ruck speed, and despite being mowed down by someone the size of a small lorry, Doris did not slow down the play at all.

The Australian born lock has signalled his desire to represent France in the future, which is a scary thought given the immense size of the French pack already. Meafou has taken a rather circuitous route to end up in the Top 14, having tried to make it in the NFL beforehand. However, he is a firm fixture in the 2021 Champions Cup winners’ XV now, and has been taking names throughout the tournament. Then again, when you stand at 6’8″ and weight 145kg, that is not exactly hard to do for him.