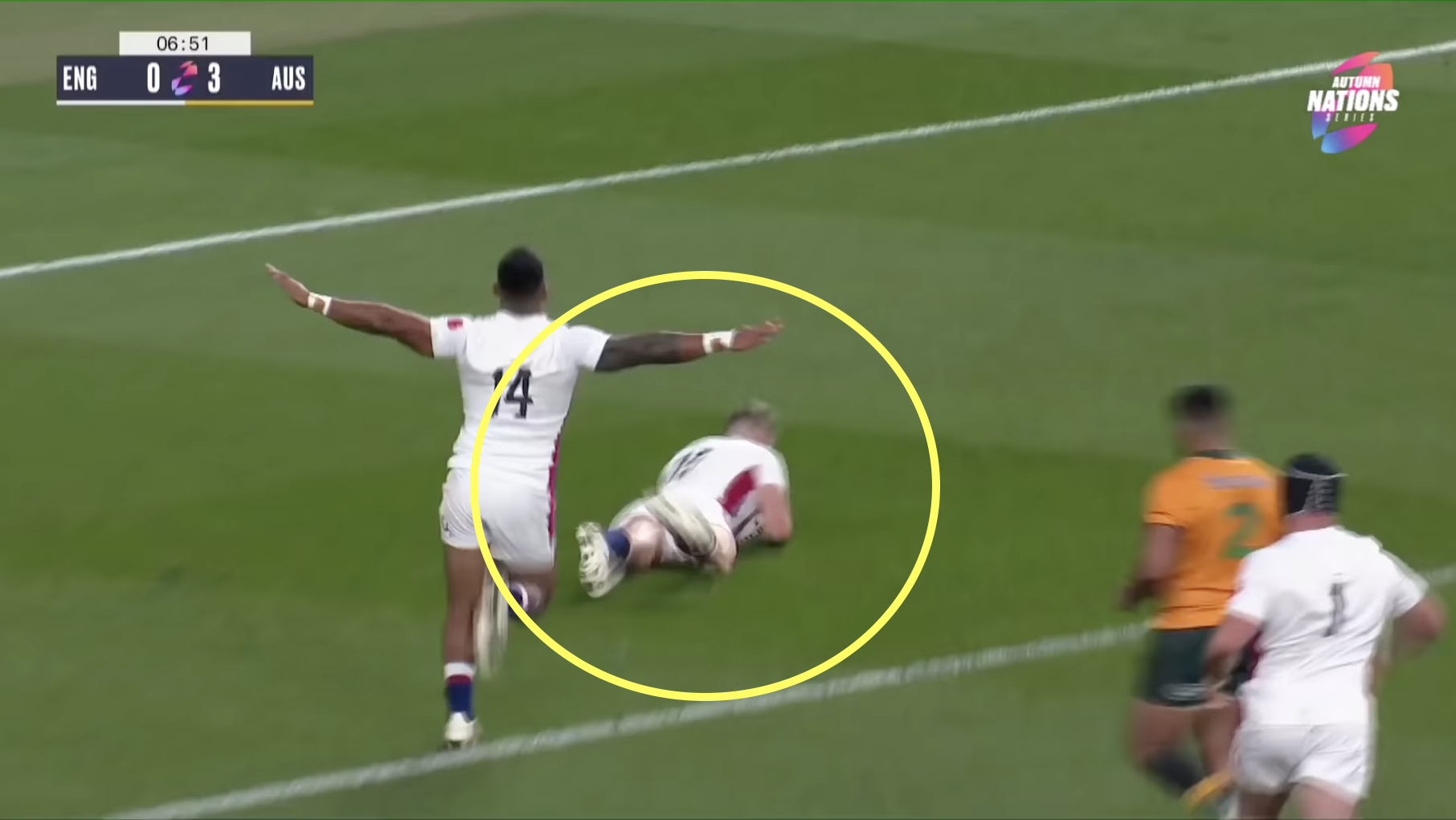 When Freddie Steward went over the Twickenham whitewash for England’s opening try of the game against the Wallabies in only the sixth minute on Saturday, it looked as though it was going to be the first of many.

As it turned out, Eddie Jones’ side would have to wait until the final minute of the match before they scored a try again, as they struggled to convert throughout the match. Nevertheless, the early try was a special one as the Leicester Tigers fullback scored his first try for England.

Graeme Forbes, also known as The Dead Ball Area, has broken down this try on YouTube, which emanated from a free-kick to England from a scrum. Rather than opt for a bomb or another scrum, Ben Youngs tapped quickly, which Forbes said is an indication of England’s mindset.

He goes on to explain how crucial Owen Farrell was in the build up to the try, as the England captain distributes so close to the tackle line. This in turn provides space for Marcus Smith, which happened twice in the build up to the try. The Harlequins No10 was given enough space and time on the second occasion to double pump and hitch-kick, which created the space for Steward to run into and ultimately score.

The bad news for England is that Farrell is out of this Saturday’s match against the reigning world champions and number one ranked team South Africa with an ankle injury. This will force Jones and his coaching team to change the way England attack after showing plenty of promise at times against the Wallabies.

Alongside Farrell, Jamie George will also be missing from the clash with the Springboks after leaving the field on Saturday with a knee injury. The Gloucester front row duo of Jack Singleton and Harry Elrington have been called up as replacements.