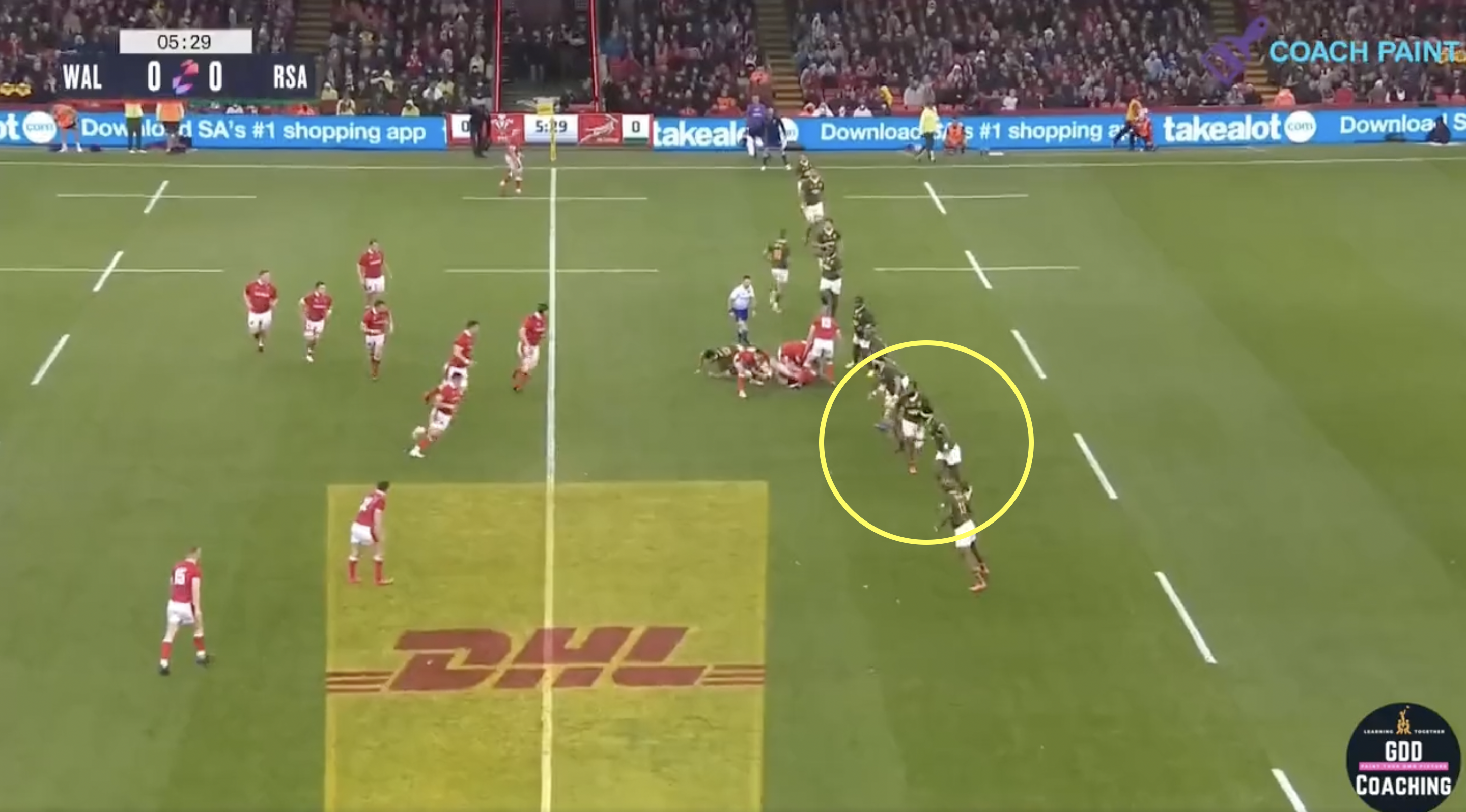 South Africa captain Siya Kolisi typifies everything good about his side’s defence, as they have become the strongest defensive outfit in the world over the past few years.

Though last Saturday’s contest against Wales may have been a relatively quiet game in defence by his usual standards, with five players making more than his six tackles, one tackle has been picked out to show why he is a “defensive coach’s dream”. Geraint Davies, better known as GDD coaching and analysis, pinpointed a tackle early in the game at the Principality Stadium by the flanker on his opposite man Taine Basham.

Davies explained “You don’t find tackles like this in ‘how to’ videos. They exist in the real world of ‘stop ’em tackles’,” as Kolisi was on one knee when making the tackle. But the Boks’ captain snuffed out a threat from Basham after receiving a pop from Will Rowlands, and was able to step in and hit him as soon as the ball touched his hands. Despite being in a poor position to start off with, Kolisi was still able to drive Basham back, which he had no right to do really. This helps to explain why he is so highly rated as a defender.

Siya Kolisi is a defensive coach's dream. You don't find tackles like this in 'how to' videos. They exist in the real world of 'stop 'em tackles'. Simply lovely. pic.twitter.com/BdRnOUnnXh

The challenges keep coming for Kolisi and his team, as they now face Scotland at BT Murrayfield tomorrow.