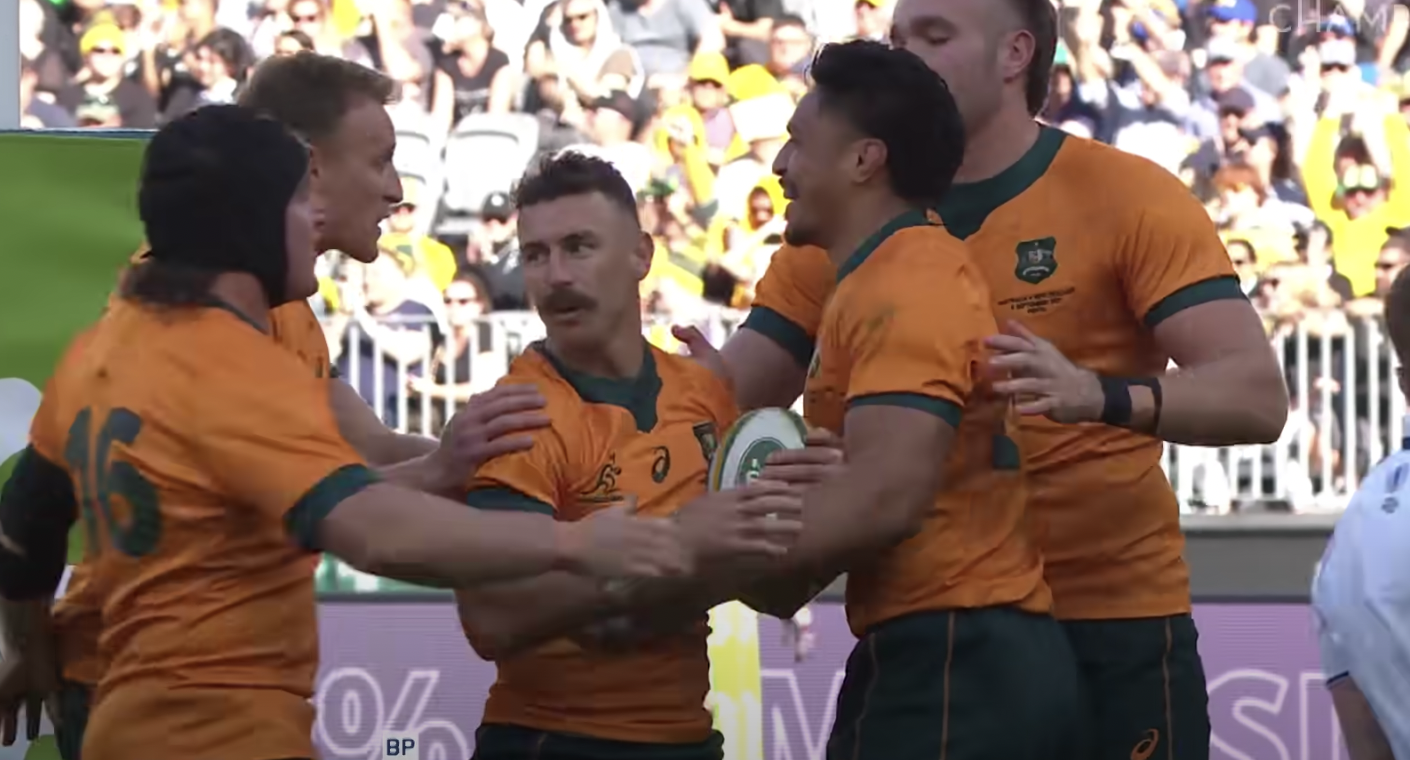 The challenges keep coming thick and fast for Australia at the moment, as they move straight from a 3-0 Bledisloe Cup series loss against the All Blacks to a double header with the reigning world champions South Africa.

Wallabies head coach Dave Rennie will know that it will not get any easier against the Springboks, but their style may mean they do not have as much success as the All Blacks did.

Former South Africa Sevens coach Paul Treu recently highlighted how and where the All Blacks attacked Australia, testing them in the wide channels of the field. He used Will Jordan’s try as an example of how Ian Foster’s side moved the ball from one side of the field to another to attack the Wallabies’ left flank, exploiting a combination of poor positioning and weak tackling. This was by no means the only time this occurred in the match though, as Akira Ioane seemed to be perpetually galloping down the sides of the field.

All Blacks exploiting Aus edge defence. Big question is, will @Springboks go through the middle or keep testing them in wide channels? pic.twitter.com/OB34AN9SwS

The Springboks play a far more direct style of rugby than the All Blacks, meaning Australia’s weakness may not be exposed in the same way. Then again, Jacques Nienaber’s side are more than capable of putting width on the ball as well if they want to go down the same route as the All Blacks. On top of that, few teams have been able to stop the Springboks in recent years regardless of whether they play with width or not.

Australia take on South Africa this Sunday at the Cbus Super Stadium and will be seeking to haul themselves from the foot of the Rugby Championship table. Their chances of winning the Championship are very slim indeed and would be all but over should they lose to the Boks.