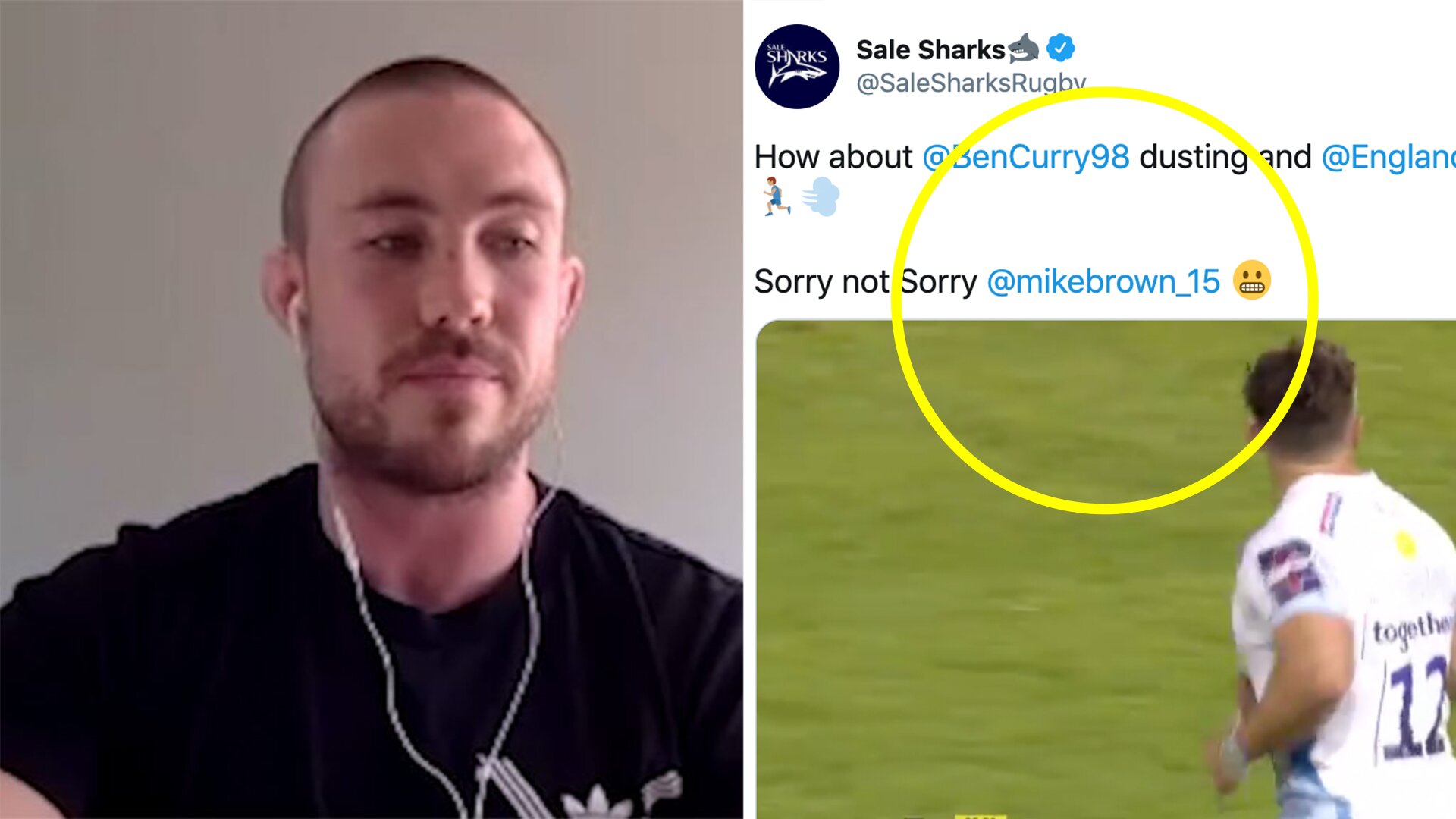 Several prominent rugby players in the sport decided to unload their bad feelings on the Sale Sharks social media team last night after they took a funny post seriously the wrong way.

Sale Sharks found themselves in a bit of a PR pickle last night In the aftermath of their Premiership cup win over Harlequins.

The high flying Premiership side playfully poked fun at England full-back, Mike Brown, after an incident in the match where he was wrong-footed by Ben Curry.

This was the post that Sale Sharks made, saying how Ben Curry burnt Brown for speed. Quite funny actually.

How about @BenCurry98 dusting and @EnglandRugby full back… 🏃🏽‍♂️💨

Brown then in turn, responded in probably the sulkiest way by refusing to acknowledge the banter in any way at all. He accused the Sale Sharks social media team of not representing the club.

It wasn’t just Brown who took offence at the posting.

We also see here as Gloucester forward Jamal Ford-Robinson had this very direct reaction to the Sharks video.

I hope this isn’t the future of rugby social media. I’m all for bringing the game into the modern world but not at the cost of core values. https://t.co/2DoFczENXb

Similarly, Gloucester front row Jamal Ford-Robinson kicked off, saying how it wasn’t a good look. We really don’t know what to make of it.

It feels like rugby players really shouldn’t start getting upset at any small thing that is seen to poke fun at them. Especially this reaction which makes the Sale Sharks team seem like they openly harassed the players for Harlequins.

Not a good look.