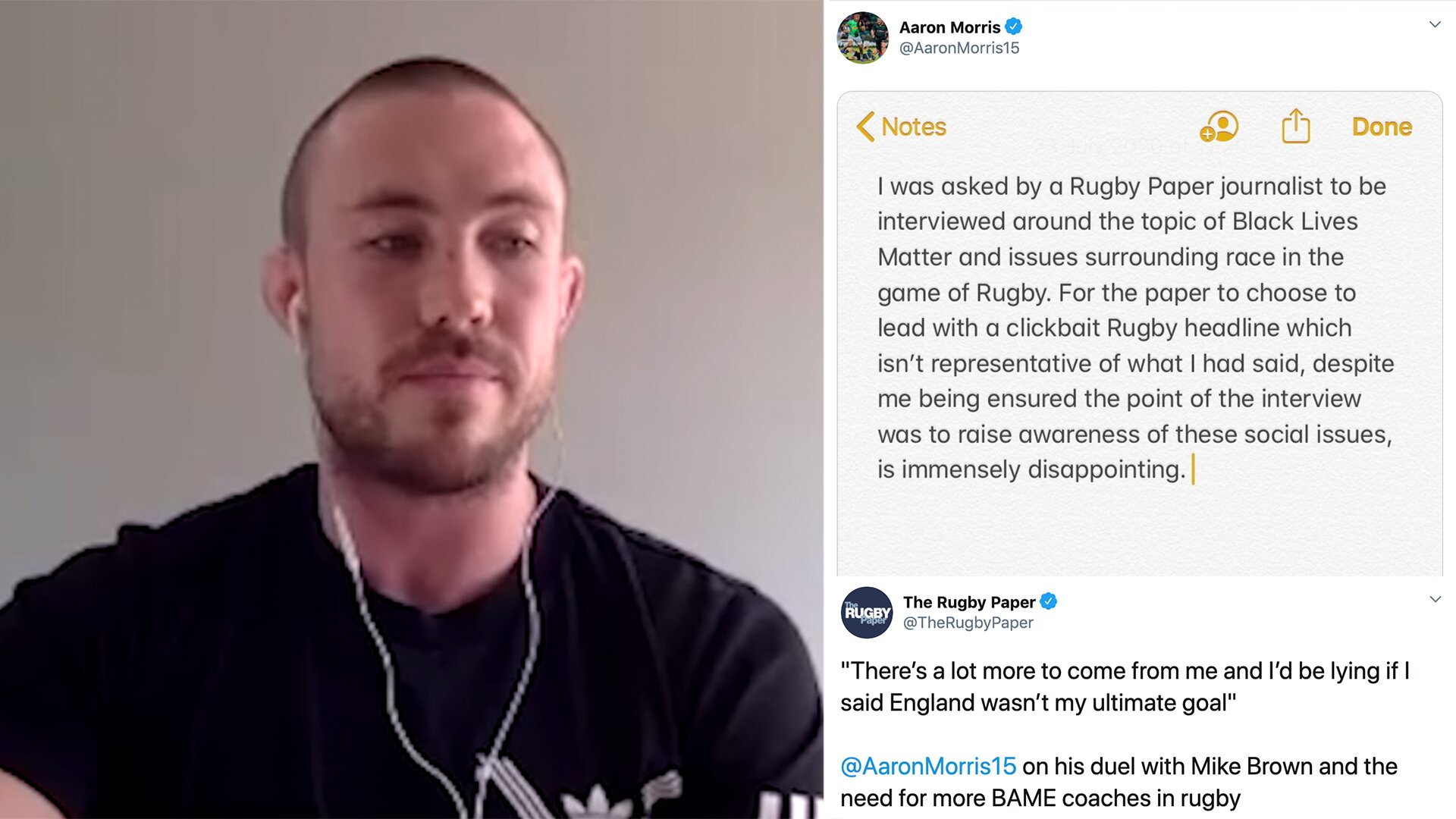 Harlequins full-back Aaron Morris has released a statement today on Twitter calling out the publication for posting an article which they deemed to be clickbait.

The full-back said that the Rugby Paper had approached the back for an interview around the topic of black lives matter and the issues that surround it.

It appears instead, the newspaper decided to focus their story on the angle of his battle with Mike Brown at full-back rather than the more important issues that should have lead the piece.

The headline that the media site instead chose was around Morris and his battle for the full-back position at the London club with Mike Brown.

Morris openly called out the site for doing this and his teammate Mike Brown was one of the first to respond saying, “Isn’t the first time for the @TheRugbyPaper and unfortunately won’t be the last.”

This follows a trend recently of prominent rugby stars calling out news sites for mistakes in their reporting.

Ellis Genge and Lewis Ludlam recently criticised BBC Sport for mixing up their photos in an article that was posted last month.

On this most recent controversy, certain online users also called out the Rugby Paper for their post.

One user said underneath the post, “Weren’t there slightly more important issues discussed?”.

The Rugby Paper amended their headlines in the last 20 hours however the piece still has the same headline on Twitter.