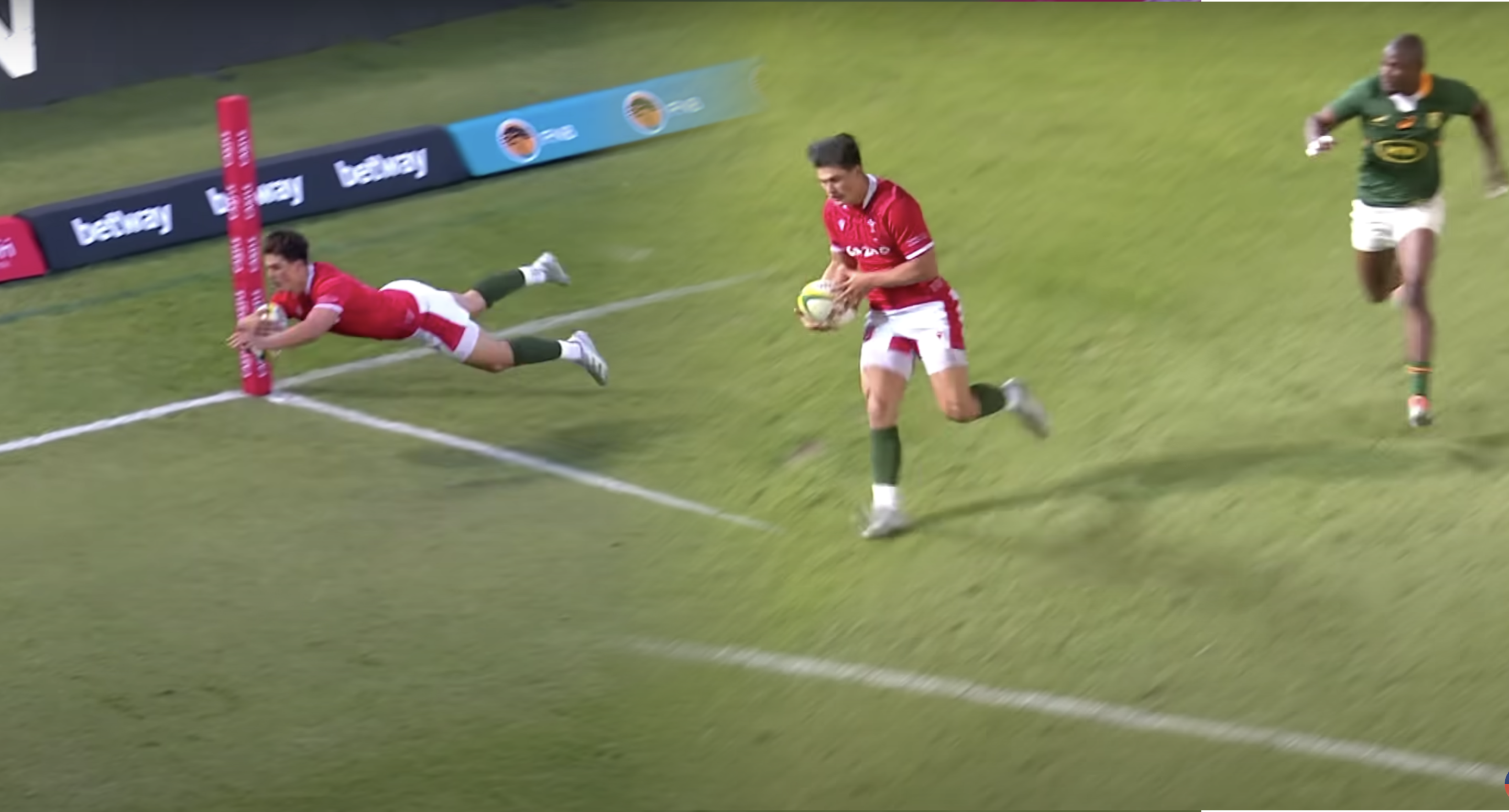 South Africa may have won against Wales yesterday at Loftus Versfeld, but the visitors certainly bloodied the noses of the world champions after many people gave them absolutely no chance going into the match after a poor Six Nations.

However, it was 18-3 at half-time to Wales, as they caught the Boks cold in the first 40 minutes, with winger Louis Rees-Zammit showing their defence a clean pair of heels on a number of occasions.

There is plenty of hype about the Gloucester winger in the northern hemisphere, but plenty of fans from the southern hemisphere have been sceptical about the 21-year-old, saying he has not proved himself against the top teams in the world. Well he did in Pretoria yesterday.

Only two minutes were on the clock when the Boks gave a winger with his extreme pace way, way too much space. Both Lukhanyo Am and Makazole Mapimpi got nowhere near the 2021 British & Irish Lions tourist ran the ball in from 40 metres.

With the hosts on high alert about Rees-Zammit’s pace, there was another footrace a few minutes later between the Welshman and the Boks’ quickest player Mapimpi, and again there was only one winner.

The Welsh winger kicked a loose ball after a scuffed lineout on halfway and was able to skin Mapimpi completely. In the South African’s defence, he was at a standing start, but he was also about ten metres ahead of his opponent, and got nowhere near him in the end.

Rees-Zammit’s performance was tarnished somewhat in the final ten minutes when he was shown a yellow card for not releasing after a Springboks break. It was in that final ten minutes that the hosts fought back and stole the victory in the final play of the game and give them a 1-0 lead in the three match series.

Take a look at Rees-Zammit’s tries:

What a start for Wales as Louis Rees-Zammit finishes off a blistering attack!

Out of nowhere! The ball is spilled at the line out and Louis Rees-Zammit has his second! ⚡⚡#SAvWAL pic.twitter.com/wWmrtdJiQ4

Wales captain Dan Biggar said after the game: “I have been around the game long enough to have had some good moments, and that was a bit of a disappointing moment not to nail off.

“I thought the penalty at the end was a little bit harsh. The ball has just hit my hand, as opposed to me slapping it down. It’s the way it is.

“I don’t think anybody would have predicted the game would have worked out like that at midday today.

“The last thing I want to do is to come into a press conference and be brave losers. It was a definite missed opportunity.

“For us to put up a show in the first Test at altitude and against the world champions, there is no reason why we can’t get better next week.

“It is a Test match. We wanted to get in amongst it and not take a backward step. That is part of the game at the minute.

“If you stand off South Africa out here, you are going to get steam-rolled pretty quickly.

“I didn’t see any issue. They were as niggly and competitive as we were, but that was perfect for us – exactly what we wanted.

“That is exactly what you want from a Test match – you want it aggressive and abrasive. There was no dirty play. You shake hands afterwards and there is no issue.”